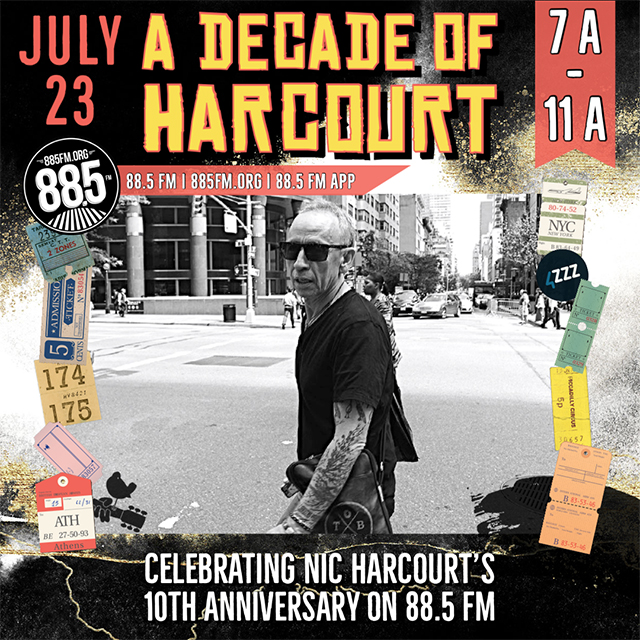 The special edition show, “A Decade of Harcourt,” will feature some of Harcourt’s favorite songs of the last decade and live tracks from sessions with artists over the years — including performances by Lana Del Rey, Brittany Howard, Gary Clark Jr., The Church, Michael Kiwanuka, Rodrigo y Gabriela and Fantastic Negrito. The anniversary special is slated to air from 7 to 11 a.m. during “The Nic Harcourt Morning Show with Jet.” 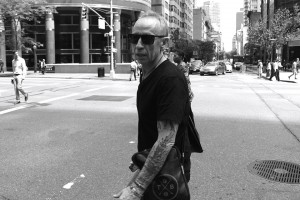 “I have been beyond fortunate to spend my mornings with radio listeners for the past 30- plus years, the last 10 at 88.5,” Harcourt said. “It’s an absolute privilege to be invited into listeners’ homes, offices, cars and lives.

“I got my start in Woodstock, N.Y., where I spent 10 years learning my trade on the air and programming commercial alternative radio before moving to Los Angeles in 1998 and transitioning to public radio at KCRW, where I spent my second decade as a broadcaster,” he said. “Now, suddenly, it’s 10 years at 88.5, which takes me to 23 years on the air in Southern California. I’m grateful to everyone I’ve worked with through the years. Here’s to the next 10!”

“Morning Show” producer and co-host Jet said she was thrilled to be part of the celebration honoring Harcourt’s 10th anniversary at 88.5-FM.

“He’s not only been an incredible on-air co-host, but an invaluable mentor and friend,” she said. “I always find myself in awe of his storied career, and have to pinch myself to remember I’m not dreaming. I’m really on the air, in one of the largest markets in the world, with one of my idols … Wow!”

Station General Manager Patrick Osburn said few in the industry have had the impact Harcourt has had on the music world during his tenure on the radio.

“Throughout my career and at various stations, Nic Harcourt is one of the few DJs media folks ask for by name,” he said.

“We are blessed to have Nic,” he said. “He’s a passionate industry veteran with vast musical knowledge and programming insight that is invaluable to 88.5.”

88.5-FM is a combined effort of California State University, Northridge (CSUN) and Saddleback College, which began simulcasting as 88.5 FM in October 2017, linking the Los Angeles County- and Orange County-based signals. The station’s Triple-A programming is available on the KCSN and KSBR 88.5 HD1 channels, via the 88.5 app, and online at www.885FM.org.