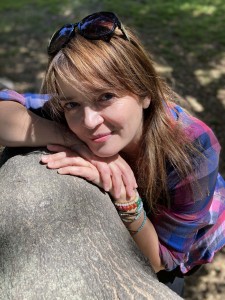 Aglaia Mortcheva has spent over 20 years working in animation, from Comedy Central to Nickelodeon and FOX, and is eager to share her insights on turning cartoons into characters people care about as a professor in California State University, Northridge’s animation program in the Department of Art.

Originally from Bulgaria, Mortcheva came to the United States to pursue an MFA in animation at UCLA in 1996. Her first job post-degree was working on Comedy Central’s popular animated sitcom “South Park,” where she was an animator in 1999. She also worked on the feature film “South Park: Bigger, Longer & Uncut.”

In 2000, she moved on to well-known animation studio Klasky Csupo where she worked on several series for Nickelodeon, including “Rugrats,” “As Told by Ginger,” and “Rocket Power.” Mortcheva also worked in the series development department for Klasky Csupo.

After spending several years at Klasky Csupo, Mortcheva earned an Emmy in 2005 for character design.

“I didn’t even know I would be receiving one (an Emmy), so I didn’t even go to the ceremony,” Mortcheva said. “I guess I will have to win again so I can go to the party!”

She went on to work for Disney, Nickelodeon and the original series “Making Fiends.” After her voice acting work on “Making Fiends,” she worked at FOX on “Family Guy” and “American Dad.” At this time, she also began teaching classes at CSULB and CSUF in animation and character design.

“About three years ago, I was offered to teach at CSUN, and it just fit,” Mortcheva said. “The students are great, the department is amazing, and the people are fantastic.”

Mortcheva said she plans on drawing upon her experience and connections in the animation industry to provide students with advice on becoming successful animators.

“In the future, I do want to do a workshop with some of the executives I have met over the years on how to formulate an idea and pitch it,” Mortcheva said. “Our students have really great ideas for animated shows.”

Recently Mortcheva has worked on several projects as a collaborator and is now moving into the next stages of optioning for an original series she is working on. She and her creative collaborator Grant Moran are hoping to impress BBC executives. She is optimistic about the project.

“Every time I stepped out of line and did something creative on my own, it led me somewhere I never thought I could go,” Mortcheva said, adding that she is also working on ideas for a short film and a children’s book.

What drives Mortcheva is the advice she shares with her students: “Do your job very well, but if you have something else (a passion project) that eats at you, then you have to do it. It pushes you further.”