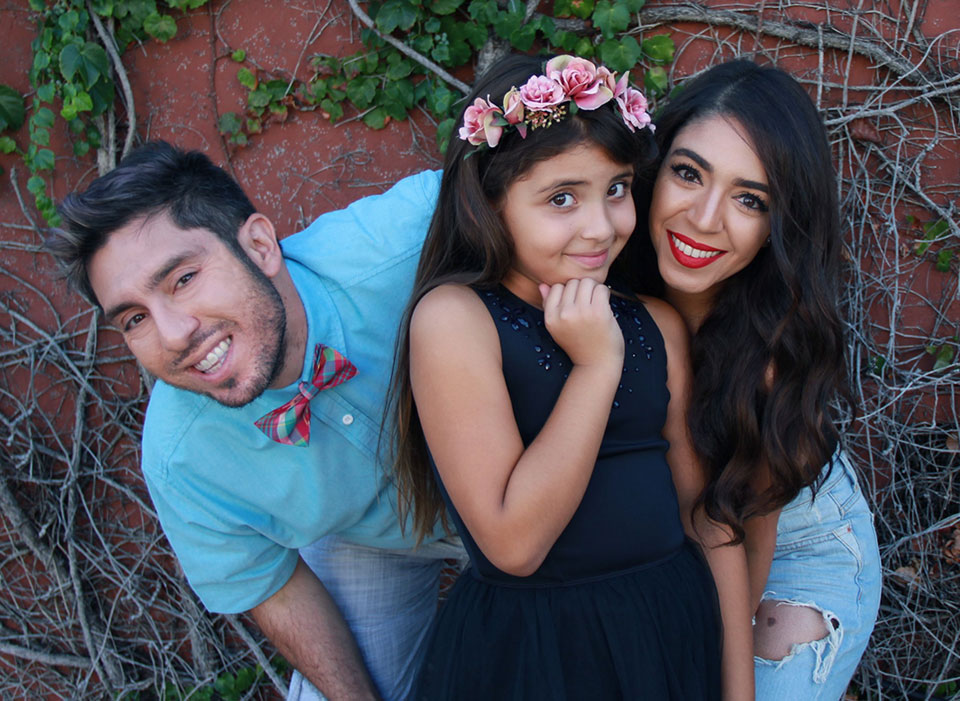 Sahag Gureghian said the inspiration for his new children’s book, “Cloudgirl,” hit him as he watched his then 7-year-old niece, Samantha Gureghian, sketch a little girl wearing a cloud tutu.

“I asked Samantha what the little girl was called, and she said, ‘Cloudgirl,’” Gureghian, an evaluator in California State University, Northridge’s Office of Admissions and Records and a writer, recalled. “I thought, ‘There’s a story there.’ I suggested to Samantha that we could work together to come up with the story.” That collaboration led to a colorfully illustrated children’s book about precocious 5-year-old Sophie, who lives in a secret kingdom on top of the clouds. With the help of fairy ballerinas and a magical unicorn, Sophie takes on the evil witch Katrina to keep peace within her kingdom. “Cloudgirl” was published earlier this year by the Los Angeles-based independent publishing house Little Hat Books.

Gureghian, who has bachelor’s degrees in English, with an emphasis in creative writing, and screenwriting from CSUN, brought in fellow Matatdor Annie Morcos, an illustrator and artist, to help transfer Samantha’s imaginary world to the page.

“Writing a children’s book is a lot harder than it looks,” Gureghian said. He noted that unlike adult literature, which can be verbose, sentences in children’s books need to be short and concise. “I’m used to writing stories for adults, so it took some getting used to,” he said.

It took two years to bring Samantha’s story to life in a book.

“She created all these ideas, characters and images that I would never have even dreamed of,” he said. “She created this cloud world, drawing little roses and creating a flying unicorn. It was very inspiring. But at the same time, you have a child saying one thing and an adult mind seeing or imagining something else. Sometimes it could get prickly as we tried to convey Samantha’s story, while at the same time turning it into something that other children would want to read.”

Gureghian said he brought in Morcos, who graduated from CSUN in 2011 with a bachelor’s degree in liberal studies, to bring some cohesion and uniformity to his young niece’s drawings.

“Samantha would question everything, every decision the illustrator made,” Gureghian said. “At times, it could be frustrating. But this was her story we were trying to tell, and it was important that we got it right.”

After two years of hard work, Gureghian said Samantha was happy with the finished product.

“I think I’m pretty close to being her best uncle,” Gureghian said, laughing. “She was able to work creatively with someone who trusts her and whom she trusts, and that was very important. And in the end, we were able to tell her story.”

Gureghian said Samantha, now 9, isn’t sure she wants to collaborate on another book. “But she did come up with an idea for a sequel about a dragon, so we’ll see,” he said.

In the meantime, Gureghian said the effort to create “Cloudgirl” — and its publication — have inspired him to write more books.

“I wanted to be a writer for a long time. I even thought about making it a career,” he said.
“But I never believed in myself until this book. This book gave me the power to believe in myself.”

Copies of “Cloudgirl” are available on Amazon.com.