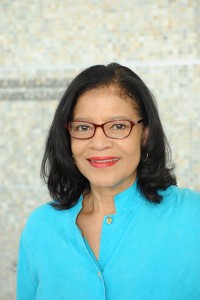 Bartlow said what makes the honor so meaningful is that the producers and directors of “Hope Builders” — a program featuring six-part segments that aired late in 2019 on the public television station KVCR in San Bernardino County and spotlighted organizations making a positive difference in the region — were all women.

“There are so many talented women directors out there,” Bartlow said. “It’s nice to get to showcase talent that has always been there, but doesn’t always get an opportunity to demonstrate their craft. And then, to win these awards, is a nice affirmation of what these women can do.”

The Telly Awards were founded in 1979 to honor excellence in local, regional and cable television. Chosen from more than 12,000 entries from all 50 states and five continents, the Telly Award winners represent work from some of the most respected television stations, production companies, advertising agencies and publishers from around the world. The awards recognize work that has been created on the behalf of a client, for a specific band and/or company or self-directed as a creative endeavor.

In the case of “Hope Builders,” Bartlow said the program was the result of a partnership between KVCR and the Directors Guild of America (DGA) Women’s Steering Committee, of which Bartlow is a member. The program had received a grant from the Frieda Berlinski Foundation, a nonprofit that provides funding for public broadcasting programs that encourage kinder, smarter individuals and uplift the human condition, and that benefits children, women, education and the homeless.

Six women directed one segment each, and a seventh served as interstitial director/producer to bring the six individual projects together with a unified look.

The series covered a variety of community-based efforts — from a home-based restaurant to the use of the arts to improve math, social studies and English comprehension among elementary school students — in San Bernardino County.

“What is so nice about the program is that it highlights issues in the community, but also focuses on people who are trying to come up with solutions and make a positive impact,” Bartlow said. ““It aired in December 2019, and it was just nice to highlight  good people out there doing good work.”