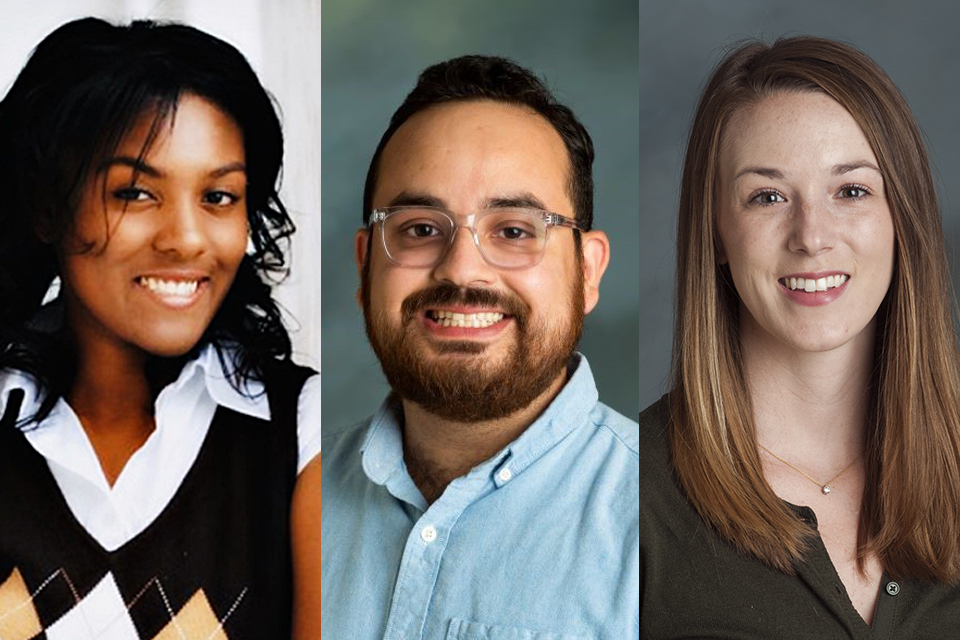 A recent series of killings of Black individuals — including the deaths of Ahmaud Arbery, Breonna Taylor, George Floyd and Tony McDade, most due to acts of police violence — has generated demonstrations and marches across all 50 states and around the world.

The protests over these deaths convey the anger, frustration and desperation resulting from the centuries-long legacy of police violence targeting Black communities enabled by a racist system. Members of Latinx and Native American communities who have joined the protests said they did so in part because their communities have also suffered the consequences of unfair policies and actions.

Many police departments across the United States, including the Los Angeles Police Department, have taken steps to address these issues, with varying levels of success. But as recent events show, there are still many steps we can take to ensure a safer and more just system for everyone.

What are the historic roots of police against the Black community?

American law enforcement has a turbulent relationship with the Black community in large part because police have been responsible for enforcing racist laws.

Some of America’s first police units were slave patrols used to catch Blacks who had escaped. After the abolition of slavery, police units participated in or abetted public lynchings.

Shortly after the Civil Rights Act was passed in 1968, President Nixon announced the “war on drugs” in 1971. Since then, Black individuals have been more likely to be arrested, and more likely to face stiffer sentences, than white individuals even for similar crimes.

How frequent is police violence against people of color?

Although Black civilians represent 13% of the U.S. population, they represent 33% of unarmed civilians killed by police, according to the organization Mapping Police Violence (MPV). Black, Latinx and Native American individuals are two to three times more likely to be killed by police than white individuals, according to the Centers for Disease Control and Prevention.

Unfortunately, we do not know the full scope of the problem of police violence against people of color. Data on nonfatal violence perpetrated by law enforcement have not been systematically or reliably collected by police departments or federal criminal justice agencies. Self-reported data from civilians has only recently begun to be systematically collected.

What causes contribute to police violence?

A common myth is that police violence is rare or rather the result of “a few bad apples.”

We reject the notion of the “rogue cop” and argue instead that police violence is a widely dispersed, systematic problem. There are various causes, including:

Laws and policies that may appear neutral end up disadvantaging certain groups. One example includes New York’s “Stop and Frisk” policy, which allowed officers to temporarily detain and search civilians on the street. Officers were more likely to enforce the policy in lower-income neighborhoods populated by people of color. At the height of the program in 2011, 84% of the 685,000 stopped were Black or Latinx, according to the New York Civil Liberties Union, and 88% of those stopped were innocent.

In 2019, the Los Angeles Times found that LAPD officers search Blacks and Latinos much more often than whites during traffic stops, even though whites were more likely to be found with illegal items. The Times analysis found that 24% of Black drivers and passengers were searched, compared with 16% of Latinx drivers and 5% of white drivers.

Lack of diversity among officers.

Only 27% of police officers in the U.S. were racial or ethnic minorities and only 12.6% identified as women, according to a report released by the Bureau of Justice Statistics in 2015. Given the overrepresentation of white men in law enforcement, officers may lack the cultural understanding needed to serve the individuals in their community.

Consequences for misconduct are often minimal.

Only one out of three officers accused of misconduct resulting in fatal injury are convicted nationwide, according to the National Police Misconduct Statistics Reporting Project.

Many officers of the Minneapolis Police Department have condemned Derek Chauvin, the officer who killed George Floyd. However, Chauvin had at least 16 other misconduct complaints prior to the killing of Floyd. Failure to hold officers accountable for violence cultivates a violence-friendly policing culture.

Police officers are often called to respond to victimless and nonviolent infractions related to homelessness, mental health, school infractions and other issues that could possibly be better addressed by social workers or other specialized professionals.

But training at many police departments disproportionately focuses on responding to high-risk situations where anyone can be a threat. As a result, nonviolent situations are more likely to be met with violent ends. Of the more than 1,100 police killings in 2017, more than 700 began as a response to a suspected nonviolent offense or a stop for a traffic violation.

Despite being the second most-frequently reported form of police misconduct in the U.S., few police departments have a formal policy against sexual assault of civilians. Accused officers tend to target the most vulnerable, including women of color. Without formal policies against sexual violence perpetrated by police, departments often fail to detect and address sexual misconduct among their ranks, and safe reporting procedures can’t be implemented for victims.

The militarization of police.

Beginning in the 1980s, police began incorporating military response tactics into policing. This includes utilizing combat-style weapons, including semi-automatic firearms, army tanks and tear gas. These tactics can be seen in police responses to recent protests and demonstrations. This approach does more to create an “us vs. them” mentality, typically adopted in war zones. This mentality encourages an authoritarian style of policing which creates fear, as opposed to a community style of policing which encourages mutual trust and respect.

A majority of Minneapolis City Council members said they support disbanding the city’s police department, though the next steps on this issue are unclear.

Following the unrest after the Rodney King verdict, the LAPD worked to address some of its structural issues, deepening its training in diversity issues and policing (including LGBTQ+). In the last two years, efforts have been made to connect with communities of color to try to effect change. As calls intensify across the nation to “defund the police,” City of Los Angeles leaders have recognized the need to reassess how money is spent and have signaled intent to reduce the department’s proposed budget. However, there are structural endeavors that have not yet been undertaken, and it remains to be seen if there will be profound and lasting change.

There are steps that community members can take collectively, and as individuals, to address structural racism. We must remember that a few days of phone calls or social-media activism will not lead to true change unless we persist in pressuring those in power. We must continue to advocate for large-scale policy changes proposed by organizations like Campaign Zero, including:

As individuals, we should routinely care for our Black friends and family members who have been hurt the most by these unfair policies, and who may be too afraid or tired, or unable to get away from work, to speak up or protest.

Too often, we erase women and LGBTQ+ folks from our protests and news stories. As individuals around the country spread the hashtag #SayHisName for George Floyd and Ahmaud Arbery, the outrage about the murders of Breonna Taylor and Tony McDade, a Black trans-masculine person, seems to exist in smaller circles. As we tackle other issues of structural inequality such as sexism, homophobia and transphobia, we must remember that if we are serious about interrupting the cycle of oppression and the culture of police violence, we must not just #SayHisName; we must #SayHerName and #SayTheirName.

Finally, we as individuals must acknowledge that regardless of our gender identity, race, ethnicity or sexual orientation, we are all capable of perpetuating structural racism in covert and unconscious ways. We need to look inward and sit with the discomfort of acknowledging that for many of us, our own privilege has allowed us to benefit from an insidious system that has hurt countless individuals. It is only after a full accounting of the roots of the problem that we can create a safer and more just society for everyone.

About the CSUN Department of Criminology and Justice Studies

CSUN’s Department of Criminology and Justice Studies prepares its students to work as ethical and critical voices within the criminal justice system. Faculty work to create partnerships with local agencies, policymakers, advocates and community organizations. The department’s goals include ending the culture of police violence through teaching, service and research. The department is seeking ways to partner with diverse communities, particularly communities of color, to examine its curriculum for ways to better serve as change agents in the system.

Brianne M. Posey is an assistant professor of Criminology and Justice Studies. Her areas of specialization include victimology, sex and sexuality, medico-legal practices, and violence as a public health issue.

Nayan G. Ramirez is an assistant professor of Criminology and Justice Studies. His research focuses on factors during adolescence that lead youth to have contact with the justice system, especially how sexual orientation affects crime and delinquency.

Katherine Lorenz is an assistant professor of Criminology and Justice Studies. Her area of expertise is sexual violence, particularly the help-seeking and social support experiences of survivors.