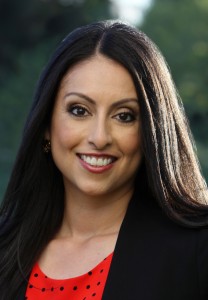 San Fernando Valley native Nury Martinez ’96 (Political Science) has always been dedicated to the community where she lives. From her time as a neighborhood watch captain and school board member to her position as an executive director at a local non profit, Martinez has always fought for the Valley, and specifically Van Nuys. Now, the California State University alumna has found her way onto her biggest stage yet—the Los Angeles City Council—to represent the area she has always called home.

Martinez won a special election to fill former Councilman Tony Cardenas’ seat, made vacant when Cardneas was elected to Congress. The former mayor of San Fernando will represent Van Nuys, Pacoima and Sun Valley. She will also be the only female council member on the 15-person board.

Martinez’s victory came to some as a surprise. In the primary election, she was behind her opponent Cindy Montañez by 19 percent.

“I feel like I just overcame an impossible mission,” Martinez told the Los Angeles Times after her win. “The people responded. I can’t wait to get to work.”