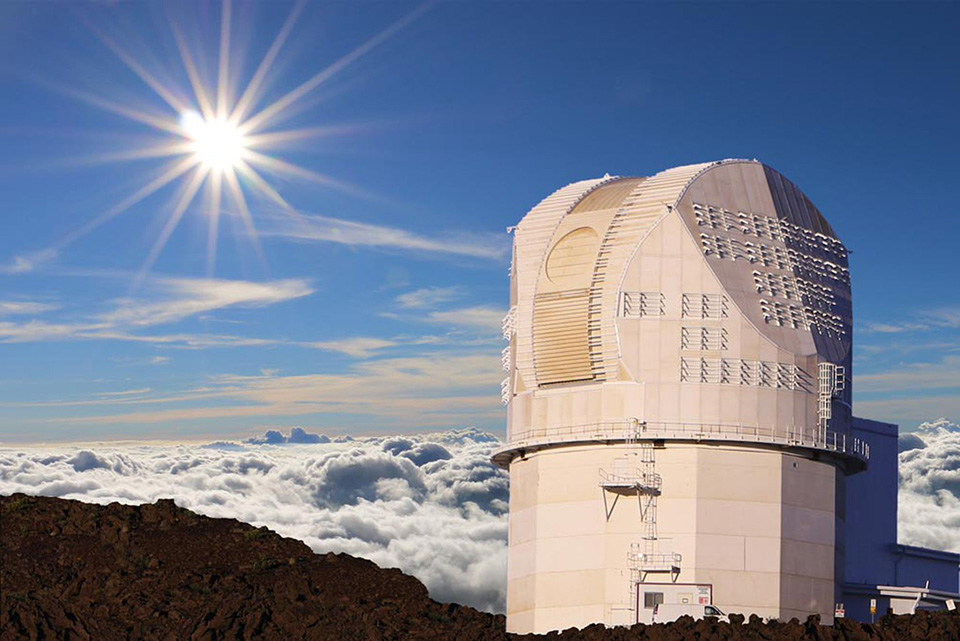 With the aid of a telescope in Hawaii, a team of professors at California State University, Northridge hope to solve some of the mysteries found in the sun’s atmosphere, information that could help us better understand the impact of solar flares, as well as what is happening with other stars in our solar system.

Astronomy professor Damian Christian and his colleagues in CSUN’s Department of Physics and Astronomy have spent decades studying the Sun’s atmosphere. Christian said once the National Science Foundation’s Daniel K. Inouye Solar Telescope in Hawaii is fully operational, which is expected to happen later this year, their research will be taken “to the next level.”

“The Inouye Telescope will be the world’s most powerful solar telescope,” said Christian, who studies flares and waves in the solar atmosphere. “The amount and type of information that it can provide will give us a better understanding of the sun’s atmosphere, which is, at this point, unimaginable — but we are willing to try.”

The Inouye Solar Telescope was built and is operated by the National Solar Observatory — a research center operated by the Association of Universities for Research in Astronomy, under a cooperative agreement with the National Science Foundation Division of Astronomic Sciences. CSUN is a collaborating institution of the observatory, and CSUN faculty are official users of the world’s largest solar telescope.

The telescope uses the largest mirror of any solar telescope in the world. At 13 feet (4 meters) across, when fully operational, it will collect seven times more sunlight than any other solar telescope, producing the clearest, highest resolution images of the sun ever taken. It focuses on understanding the sun’s explosive behavior, including observations of its magnetic fields.

Those observations are critical to Christian’s research into understanding the magnetic waves in the sun’s atmosphere and flares, which can endanger the Earth — depending on their size — and can interfere with power systems, knock out satellite communications and even cause problems for astronauts and the International Space Station.

“If we can understand the magnetic fields better, it will also give us a better understanding of how nuclear fusion works here on Earth,” Christian said. “There is so much more information that we will be getting from this new, more powerful solar telescope, that a lot of us will be inundated with raw data and spending all of our time interpreting it.”

While CSUN has its own solar observatory located in the campus’ historic orange grove, solar physicist Debi Prasad Choudhary said data from the Inouye Solar Telescope will invigorate research about the Sun.

Choudhary, who studies sunspots and recently published a paper, “Temporal Evolution of the Inverse Evershed Flow,” in The Astrophysical Journal  about the spectral lines observed at the outer regions of sunspots, said the new data from the solar telescope will be an invaluable addition to his research.

Christian said he expects CSUN solar physicist Ana Cadavid to spend most of her time “crunching the data.”

Cadavid noted that much of the data currently collected about the sun comes from satellites, but is limited on how well things can be spatially resolved.

“The Inouye Solar Telescope will collect data more precisely, and it will allow us to ask even more specific questions about what is happening on the sun,” she said, adding that the telescope will allow researchers to delve deeper into the fundamental interactions between magnetic fields and of the fields with the surrounding plasma.

She added that the telescope will allow researchers to delve deeper into such topics as  coronal holes — continually changing areas of the sun’s corona that are colder, darker and have lower-density plasma than average of lower energy and gas levels — as well as the Sun’s radiation and ultraviolet levels and the magnetic field at the surface of the sun.

“There are so many questions that we have wanted to ask about the sun, but without the data, we weren’t sure what the right questions were and how to find them,” Cadavid said. “The information provided by this telescope is going to open up whole new areas of research, and that’s exciting.”