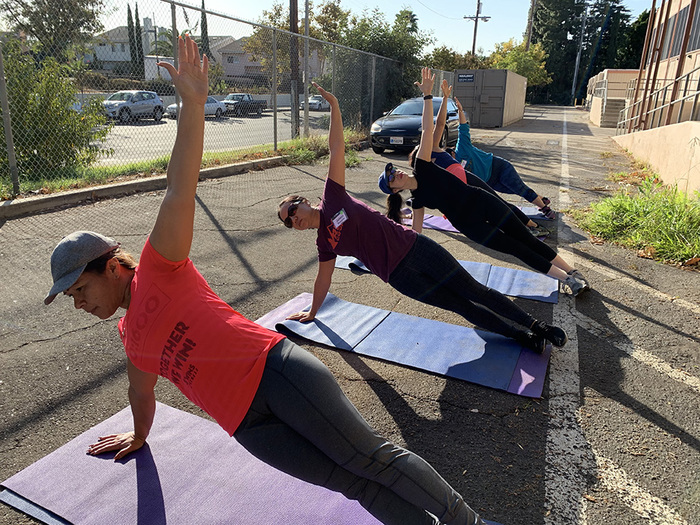 The 3 WINS Fitness program has been such a success among community members that its philosophy has been incorporated into Sepulveda Middle School’s curriculum, making the school LAUSD’s first kinesiology and sports science magnet middle school. Photo courtesy of Steven Loy.

3 WINS Fitness started in 2011 as a project by a group of California State University, Northridge kinesiology students and faculty to bring health training and nutrition education to the community for free. Originally called 100 Citizens and recognized by the White House in 2013, the program operates in underserved communities across Southern California.

The program is such a success that officials with Sepulveda Middle School in North Hills, among the first to partner with CSUN’s kinesiology program in the College of Health and Human Development, have decided to incorporate the 3 WINS philosophy and kinesiology education into its curriculum to become Los Angeles Unified School District’s first kinesiology and sports science magnet middle school. The official opening of this new magnet will be in fall.

“Bringing 3 WINS Fitness to Sepulveda Middle School makes sense because the ideas of living a healthy lifestyle are simultaneously community and global in perspective,” said kinesiology professor Steven Loy, founder of 3 WINS. “The magnet school will be reaching out to its surrounding community and improving the health of the adult role models, while CSUN students and faculty will continue to influence the Sepulveda students’ physical activity and their perspective on acquiring higher education.” 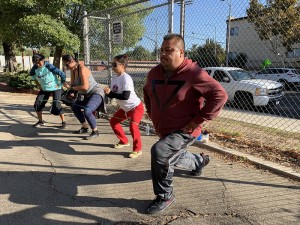 “I made the case that we had a public health crisis — physical inactivity is the fourth-leading cause of death worldwide, and costs $117 billion in health care dollars nationally,” Loy said. “Simply getting people to exercise more by showing them, leading them, and creating communities of active people made sense. We could address the issue of inactivity as well as help reduce the risks of such diseases like heart disease, hypertension and diabetes, which are more prevalent in underserved communities.”

Sepulveda Middle School Principal Gabriel Ortega said  gathering support from parents for this new program was not difficult to do.

“Most of our kids are very athletic,” Ortega said. “They love sports, even the ones that aren’t necessarily athletically inclined still love sports. This program isn’t just for the athlete. This program is for anyone that wants to learn the intricacies about sports and be a participant.”

3 WINS Fitness was designed to meet the Center for Disease Control’s Physical Activity Guidelines, which Loy said 76 percent of the adult population does not achieve.

“The idea for the magnet was to teach students that they could make a difference in their community and the country’s health with their knowledge,” Loy said. “Additionally, it was to utilize our own resources effectively. Yes, the university produces graduates who will make a difference, but why not teach them how to apply their education and make a difference while in school? Thus, making available to the community hundreds of health and physical activity-educated students.” 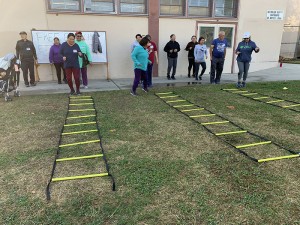 3 WINS Fitness also was designed to be a free, sustainable and replicable exercise program that requires no external funding. The program now operates at three other CSUs – Bakersfield, Dominguez Hills and Los Angeles, – and George Washington University in Washington, D.C.