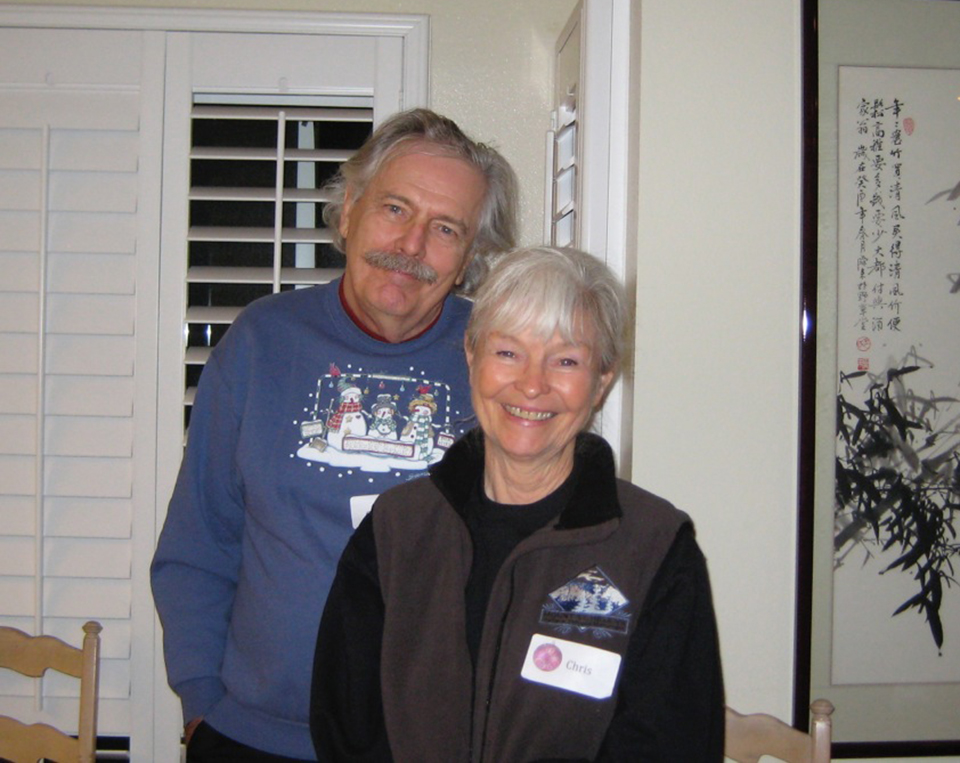 Owen and Chris Smith were beloved professors at CSUN who made a lasting impact.

They were friends and colleagues. They were husband and wife. They were two California State University, Northridge graduates and longtime faculty members whom friends referred to as soul mates.

Owen ’65 (Theatre), M.A. ’67 (Drama) and Chris Smith ’64 (Home Economics), both influential members of the CSUN community, passed away just 81 days apart in 2013 — Owen after battling cancer and Chris after an accident at her home.

Nearly two years have passed, and friends are still talking about their loss.

“They were one of those couples that their whole world was wrapped up in their relationship and feelings for each other,” said Alyce Akers, a longtime friend and colleague of Chris’ in CSUN’s Department of Family and Consumer Sciences. “It was a fairy-tale kind of relationship you see in movies. They fell in love when they were very young, married and were just a beautiful, wonderful couple.”

Prior to their passing, the Smiths, so loyal and dedicated to the university that was their second home, decided to leave a gift from their estate to CSUN. In their will, the Smiths directed funds in the form of a planned gift to five different areas at CSUN — all of which were particularly close to their hearts.

They gave to the Valley Performing Arts Center (VPAC) and the Marilyn Magaram Center for Food Science Nutrition and Dietetics.

Chris was a beloved professor in Family and Consumer Sciences for nearly 30 years. She was a co-advisor for the department’s Student Dietetic and Food Science Association for 21 years, and she served as the director of the Didactic Program in Dietetics (DPD). She guided students through the coursework that academically prepared them to become registered dietitians. Even after her 2001 retirement, she remained an active member of the department’s DPD/DI (Dietetic Internship) Advisory Board.

First and foremost, she was an educator who cared deeply about the success of her students.

“Hard,” was how Dee Larkin, her former student and colleague at CSUN, described Chris as a professor. But the description came with a laugh and was followed by an appreciative thought.

“She demanded things from her students, and that’s what I really liked about her the most,” Larkin continued. “She made it clear what we needed to do, but that we also needed to put 100 percent and more into the assignments. She was extraordinarily knowledgeable … and she put in a lot as a professor. She was right up my alley.”

Larkin is a co-executor of the Smith estate and understood Chris’ passion for food science. CSUN’s Marilyn Magaram Center, which supports research, community service and education on food science, nutrition and dietetics, was a natural beneficiary for the Smiths’ funds, Larkin said.

But there was another significant relationship: Marilyn Magaram was one of Chris’ students, and they later became teaching colleagues at CSUN.

Because of that relationship and Chris’ dedication to helping students in the food science, nutrition and dietetics fields, the Magaram Center became a passion for Chris after its opening in 1991. She was a charter member of the center and served as chair of its advisory board. It was her desire to make sure students would receive the best education possible and have the resources they needed to improve themselves, Larkin said.

Phil Magaram, Marilyn’s widower, said he had no idea that Chris had planned a gift to the center in her will.

“After I heard what she had done, of course I was tremendously pleased,” Phil said. “Marilyn had lots of respect for her as a real professional. [Chris] was a woman who carried herself very well and was very dignified. A real lady. She was a pleasure for me to have known.”

Chris and Owen were also supporters of the arts. In fact, the arts brought them together.

They met while working in the drama department — Owen worked as a scenic artist, and Chris sewed costumes for the department. In 1967, they married.

Owen became a faculty member in CSUN’s Department of Theatre in 1971. But prior to that, the New York native was an undergraduate and graduate student at the university, as well as a teaching assistant.

He taught set design and drama courses and was a highly respected presence in the Department of Theatre for more than three decades.

“When I came (to CSUN) about 20 years ago, he was a mentor,” said A.J. Kim, acting theatre department chair. “He was the champion of all the underdogs. He would know what’s going on without even asking, and he would quietly come and give his support. He was generous and funny and super intelligent, and cared deeply about his students.”

Kim described Owen and Chris as “cool,” saying that the world needs more people like them.

“I love them very much and miss them, and try to emulate their good deeds,” Kim said.

Owen was the calm to Chris’ pep. Owen’s sense of humor was described as more dry, compared to Chris’ enthusiastic wit. But they fit.

The Smiths had an adventurous life — they were world travelers who spent time in Antarctica, Central America, Iceland, Greenland, Europe, China and India. In India, they visited one of Chris’ former students. Owen accompanied CSUN students to China for a production of Studs Terkel’s Working.

The Smiths were initial donors to VPAC, and they believed it was important that the San Fernando Valley’s cultural hub thrive into the future. In their will, they made sure the center would continue to receive their support after their deaths.

They wanted individuals to thrive as well, so they established individual scholarships for CSUN students. The Northridge residents had no children of their own, but they left funds for neighborhood children to help support their education.

“They were both very dedicated to students. It was another common denominator between them,” Akers said. “Teaching and dedication to students and community made them a (special) couple.”

Matador students and the CSUN community are the beneficiaries of Chris and Owen Smith’s generosity. Future generations will benefit from their kind gestures.

Theirs wasn’t a fairy tale. It was a true love story — they loved each other, and they loved CSUN. And thanks to their generosity, their story will live on.