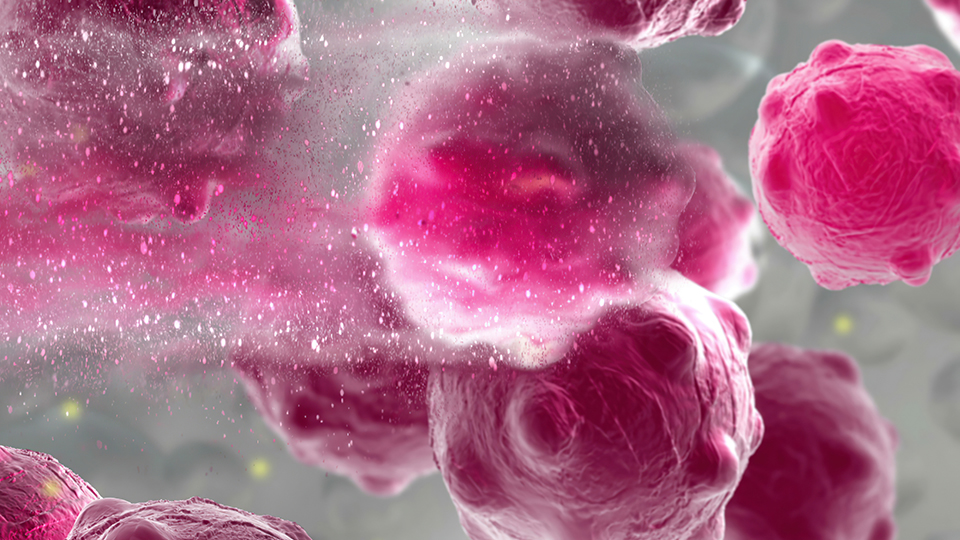 CSUN biology professor Cristian Ruiz is developing a new method for detecting cancer in its early stages. The above illustration is a damaged cancer cell. Illustration by vitanovski, iStock.

If the assay is further successfully developed commercially, Ruiz said, doctors will be able to check individuals for early signs of cancer when they come in for routine check-ups, such as during annual physicals, using “liquid biopsies.”

Liquid biopsies are tests that use blood samples — such as those routinely used to check glucose and cholesterol levels — to detect cancer cells from a tumor, or their DNA, as opposed to directly sampling tumors in tissues, where it may be harder to obtain samples, or where it may be harder to find cancer cells because the tumor is at a very early stage. The aforementioned assay refers to an investigative procedure to determine the activity of a target, in this case, the target would be cancerous cells.

If researchers can detect cancers in their earliest stages using liquid biopsies, it would greatly improve the outcome for the patient’s health by allowing for interventions before cancers spread further or become harder to treat, Ruiz said. 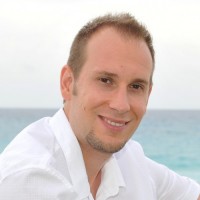 “Having the ability to diagnose cancer at its earliest stages benefits the patient in a multitude of ways when regarding ovarian, colon, breast, and melanoma providing a prognosis improvement and a wider range of treatment options,” he explained.

In the fight against cancer, Ruiz said a powerful weapon would be the ability for adults approaching the age of 40 to make an appointment with their primary care physician, who, through a simple test — a liquid biopsy — could find out if something serious is developing inside their body.

The earlier the cancer cells are found, he said, medical professionals are better able to stop cancer’s spread throughout the entire body.

“A patient has a much greater chance of recovering from a minor operation to remove a tumor, or surviving in general, compared to treating metastatic cancers,” Ruiz said. “Early detection also means less time spent in the hospital, a fraction of the cost for treatments and an extended possibility for a healthy life.”

Ruiz’s specialty is molecular biology and microbiology. In addition to his cancer research, his main focus is studying antibiotic resistance. Research in his lab explores both the regulation, function and inhibition of bacterial multidrug efflux pumps, which play a major role in removal of antibiotics and other molecules. His lab also works on characterizing the genes of carbapenem-resistant superbugs, a type of bacteria that is extremely difficult to treat because of the way they resist antibiotics.

“For example, there were about 5 million deaths in 2019 associated with antibiotic resistant-bacteria; moreover, about 50 percent of people who have a blood infection with multi-drug resistant bacteria will die from the infection because of how little can be done in treatment,” Ruiz said. “This is why antibiotic resistance is our main focus. A better understanding of antibiotic resistance will contribute to developing better diagnostics tools and novel therapies to treat these life-threatening bacteria”.