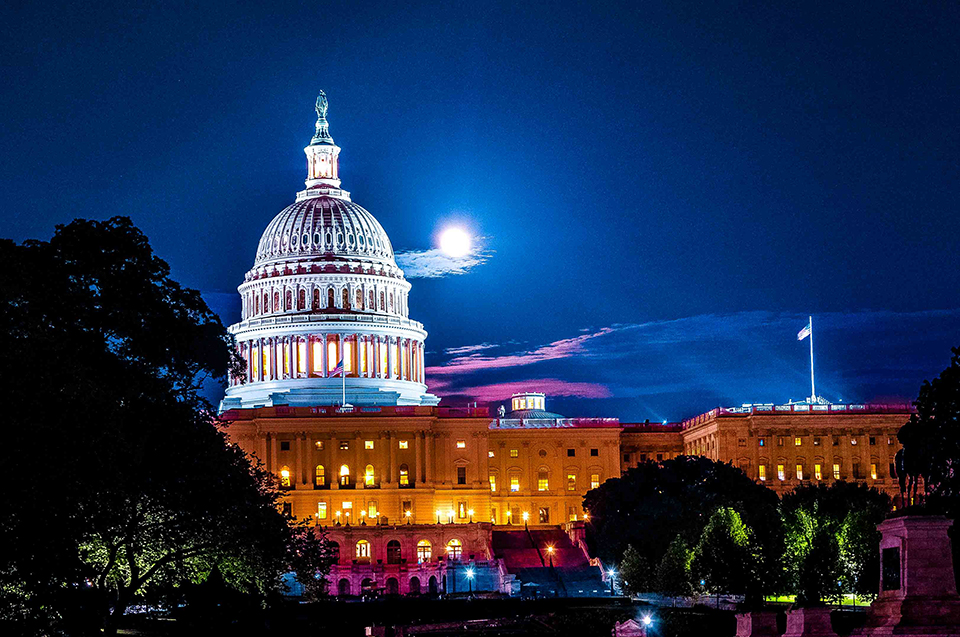 A recent study of Latino voters has CSUN political scientist Jason Morín warning politicians to not take those voters for granted. Photo by Philip Rozenski, iStock.

Morín recently completed a study that found identity or attachments to the Latino community is increasingly competing with political party affiliation when Latinos enter the voting booth.

“Party identity is not the end all be all for voters, but it plays a significant role in predicting how individuals will vote,” said Morín, an associate professor of political science in CSUN’s College of Social and Behavioral Sciences. “For Latino voters, though, partisanship is becoming less influential in presidential elections. In many ways, the Latino vote is up for grabs, even in this election season.”

Morín’s study, “Is the Bridge Broken? Increasing Ethnic Attachments and Declining Party Influence Among Latino Voters,” was published by Political Research Quarterly in February. His co-authors are Yoshira Macías Mejía, a CSUN alumna and postdoctoral scholar with the Julian Samora Research Institute at Michigan State University, and Gabriel R. Sanchez, a professor of political science at the University of New Mexico.

The researchers combed through more than a decade’s worth of data collected following the 2008, 2012 and 2016 presidential elections, as well as from national surveys of the Latino community dating back to 2006.

They focused on whether the shared identity of being Latino overrode traditional political party allegiances when it comes to voting. The concept, called linked fate, refers to the belief that one’s individual life chances depend on the life chances of other in-group members. The concept is based on Latinos’ shared history and common experiences with discrimination. So long as race remains salient in the lives of Latinos, it is rational for individuals to follow group cues as opposed to individual preferences when making such decisions as who to vote for.

The researchers expected to find Latino` linked fate to influence their political decisions at the polls, “but it was surprising to find how much less of an influence party identification was on the voting behavior of Latinos,” Morín said. “In all, the finding reflects growing dissatisfaction with both political parties. Although Democrats have championed issues important to Latinos, they have also failed to make good on some key campaign promises, such as comprehensive immigration reform that offers a pathway to citizenship. Meanwhile, the GOP has grown more hostile toward Latinos because of its anti-immigrant rhetoric and support for anti-immigrant policies at the state and federal level.”

Morín noted that there are about 60 million Latinos living in the United States. While they are concentrated in such clearly partisan states as California and New York, they are also making their presence known in such battleground states as Florida, and their influence places the political futures of states like Texas and Arizona into question.

“Latinos also are relatively young as a population — the average age is around 25 — which suggests that their political influence will continue to grow,” he said.

He pointed to California as a model of how a growing Latino population can shape a state’s politics, from a shift in the ethnic composition of the state legislature to legislation ending of the ban of bilingual education.

“The state gives us a look into what may happen in other states that have larger Latino populations,” he said.
“In the end, what our research suggests is that Latinos matter in elections,” Morín said. “It may seem obvious, given their size and geographical concentration, but neither party can afford to simply neglect Latino voters and their issues — not in the future, and certainly not now.”

Morín said party candidates need to follow through on issues important to the Latino community, such as immigration, the economy and healthcare.

“Republicans right now have more work to do than the Democrats since they have taken extreme anti-immigrant positions,” he said. “But that does not mean the Democrats can rest easy because Latinos, a relatively young voting community that does not possess the same partisan loyalties, are keeping score of the party’s performance and their efforts to support the Latino community.”