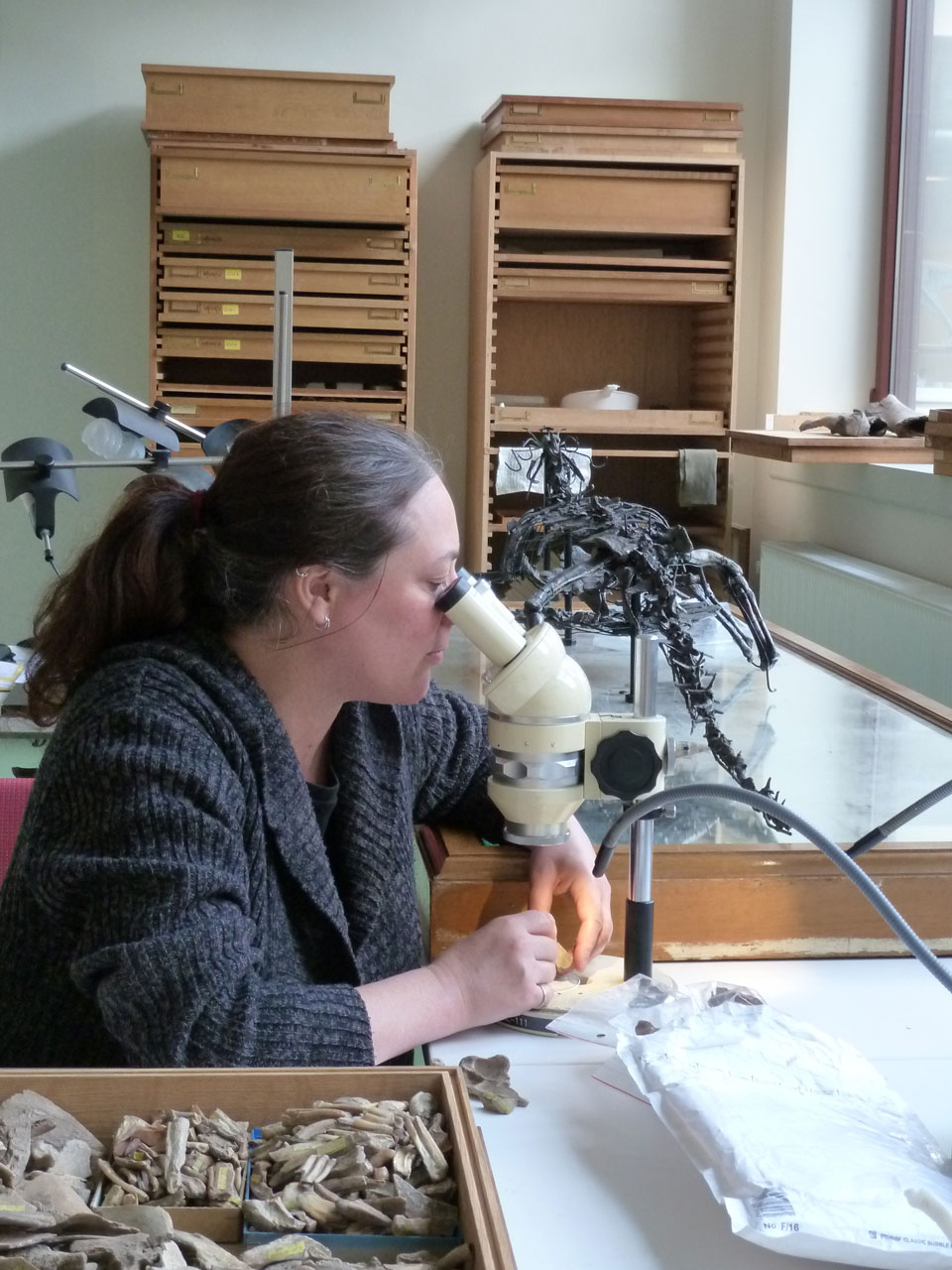 Their research provides new evidence of ancient gene flow from ancestors of modern humans into Neandertals. The data show that Neandertals may have benefitted from these interactions, as the gene flow resulted in the complete replacement of the original Neandertal Y chromosomes by their early modern human counterparts.

The findings, “The evolutionary history of Neandertal and Denisovan Y chromosomes,” recently appeared in the journal Science.

Rougier is one of 31 researchers from around the world working together for more than a decade to explore prehistoric life in Europe, hoping to gain a perspective on what human life was like before recorded history. Their disciplines span the spectrum, from biological anthropology and archaeology to biochemistry and genetics. Rougier said the interdisciplinary approach provides an opportunity to bring new perspectives and raise questions that individuals in a particular specialty may not consider or be able to resolve.

In this instance, members of the team focused on Neandertal DNA and its relationship to the DNA of Denisovans. There are few known remains of Denisovans, and most of what is known about them comes from DNA evidence.

In 1997, scientists first sequenced Neandertal DNA using a Neandertal individual who ahd been discovered in the Neander Valley, Germany, in 1856. Since then, improvements in molecular techniques have enabled scientists to determine high-quality sequences of the autosomal genomes — genes located on one of the numbered, or non-sex, chromosomes — of several Neandertals. This led to the discovery of an entirely new group of extinct humans, the Denisovans.

Rougier and her colleagues noted that because all specimens well-preserved enough to yield sufficient amounts of DNA have been from female individuals, comprehensive studies of the Y chromosomes — found in males — of Neandertals and Denisovans have not been possible, until now.

Unlike the rest of the autosomal genome, which represents a rich tapestry of thousands of genealogies of any individual’s ancestors, Y chromosomes are passed exclusively from father to son. Y chromosomes, as well as the maternally inherited mitochondrial DNA, are considered by scientists to be extremely valuable for studying human history.

Rougier and her fellow researchers were able to identify three male Neandertals and two Denisovans that were potentially suitable to DNA analysis, and they developed a way to extract human Y chromosome molecules from the large amounts of microbial DNA that typically contaminate ancient bones and teeth. This allowed them to reconstruct the Y chromosome sequences of these individuals.

“We know that Neandertals and Denisovans were closely related and that modern humans are more distantly related to both of them,” Rougier said. “The analysis of the Y chromosome of several fossil individuals allowed us to add to the picture we have of their relationships from autosomal and mitochondrial DNA. Surprisingly, this showed the replacement of the original Y chromosomes of Neandertals by their counterparts from ancestors of modern humans, indicating gene flow between the two human groups.”

Rougier and her colleagues said the Y chromosome sequences provide new evidence that Neandertals and early modern humans met and exchanged genes — potentially as early as  370,000 years ago, and certainly more than 100,000 years ago.

Rougier said this implies that some populations closely related to early modern humans must already have been in Eurasia at that time, and that interbreeding resulted in the replacement of the original Neandertal Y chromosomes with those of early modern humans.

The researchers were puzzled, at first, by the replacement of the Y chromosomes and mitochondrial DNA of early Neandertals, since that was unlikely to occur by chance alone. However, they were able to use computer simulations to show that the known small size of Neandertal populations may have led to an accumulation of deleterious mutations in their Y chromosomes, which would have reduced their evolutionary fitness. Natural selection then took over.

“These are tremendous results, and hopefully we will be able to extract and analyze additional DNA sequences from other fossil individuals from various geographical regions in the near future,” Rougier said. “Compared with biological anthropological and archeological data, they will help us learn more about the population processes followed by our ancestors and their interactions with our evolutionary cousins.”