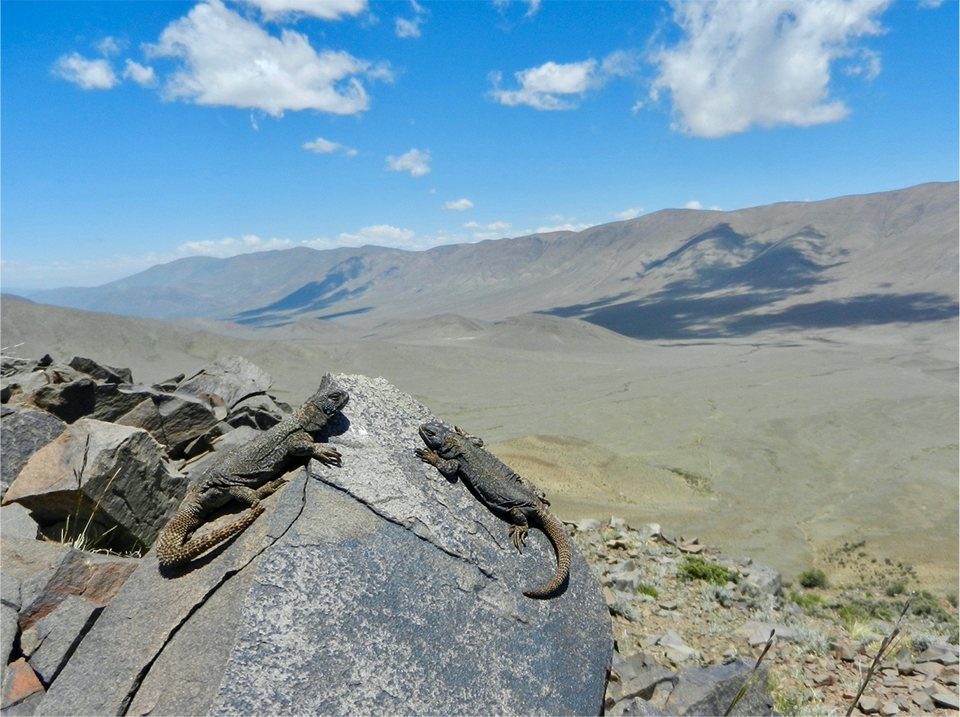 California State University, Northridge biology professor Robert Espinoza is fascinated by the thermal biology of reptiles and how temperature affects them.

Reptiles rely on external heat sources to warm themselves, because they do not have the ability to self-regulate body temperature the way mammals and birds can. Espinoza wondered how the animals would respond to the increases in temperatures brought on by climate change.

It appears they are not as phased by fluctuating temperatures as one would think, Espinoza said.

“The animals that we’ve studied show a lot of thermal plasticity, adaptability and flexibility,” he said. “That being said, just because reptiles are not necessarily affected right now, it does not mean they never will be.

“As far as thermal behavior is concerned, there should not be much variation,” Espinoza continued. “On the other hand, limited resources could cause small issues within the reptile population. With climate change, rising temperatures may cause droughts or less water to be readily available, which would affect plants, and further affect reptiles’ abilities to find food and water.”

While reptiles like the iguanian lizards found across South America and the bent-toed geckos of Asia — both species Espinoza has studied extensively — may survive and adapt to the rising temperatures brought on by climate change, the Western fence lizard, regularly found in backyards across the San Fernando Valley, may not.

“This is because urban areas such as the San Fernando Valley retain a lot more heat than rural areas,” Espinoza said. “On the other hand, it is important to note that natural disasters are as big an issue for reptiles as they are for humans.”

He noted that even areas that have been badly scorched by massive wildfires will still have lizards slithering around in the ash that coats the ground.

“Reptiles are quick to make do and survive in their habitat, regardless of if their habitat has been threatened or not,” Espinoza said.

“One of the reasons that I was attracted to working with the Liolaemus group (types of iguanian lizards) is they just live in such diverse places and experience really diverse climates,” he said, adding that while most of his research has been concentrated on iguanian lizards in Argentina, these reptiles are found throughout the southern half of South America, mostly outside of the tropics.

Espinoza also has studied Cyrtodactylus, the bent-toed geckos of Asia, which is the second largest genus of vertebrate animals in the world.

“They have this weird kinked toe, and that allows them to live in all kinds of different habitats,” he said. “They don’t have the elevational or latitudinal range of Liolaemus, but they live anywhere from the forest floor to up in trees. There’s one that lives along the splash zone of the sea.”

Espinoza said most populations of Liolaemus lizards and bent-toed geckos will probably survive the changes brought on by climate change because the animals can usually respond to variation in their environment, as long as they are not already living at environmental extremes.