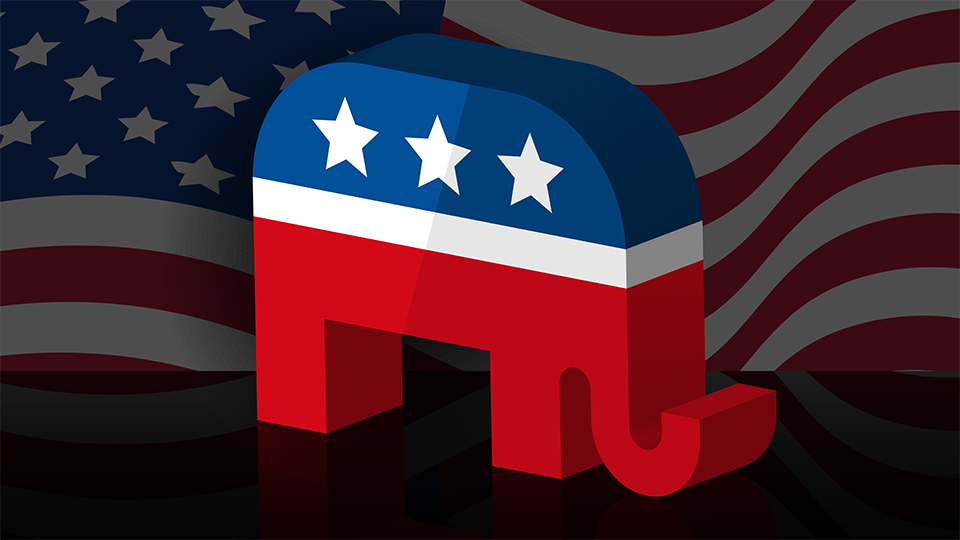 Political pundits are pointing to the defeat of several candidates backed by Donald Trump in the midterm elections as a sign that the former president’s grip on the Republican Party is waning.

However, California State University, Northridge political science professor Lawrence Becker noted that the coalitional politics that have marked Trump’s tenure as a leader of the party emerged long before he became the Republicans’ presidential nominee in 2016.

Republican leaders have not expanded their coalition in recent decades, Becker said, and instead have focused their efforts on activating and energizing their existing base of voters — a coalition that is predominantly white, older and not college educated.

“If you zoom out and look at the last 30 years of what’s been happening to the Republican Party, what you see is a party that has become more homogenous,” he said. “Those shifts have generally been in a direction of depending, more and more, on parts of the population that you don’t want to depend on because they are declining as a share of the electorate.

“The problem that the Republication Party has is not so much that it doesn’t have a base that votes, but they have concentrated their appeal to voters that represent a declining share of the electorate,” he added.

As for the divisive rhetoric that has persisted among core members of the Republican party, Becker noted that “there has always been some of the party that tolerated this sort of stuff.”

He noted that former President Ronald Reagan famously campaigned in Neshoba County, Mississippi where the Freedom Summer murders of three civil rights workers had taken place in 1964 and declared his support for ‘states rights.’ “The campaign didn’t pick that at random. He was appealing to a particular part of that party,” Becker said.

“We think, now, about the Republican Party having these elder statesmen — Nelson Rockefeller, Gerald Ford — who were moderate and centrist,” he said. “It’s not that the element we associate with Trump wasn’t there. It just wasn’t quite as big and it really wasn’t the large portion of the party as it is now.”

Becker said the ideals of fairness, equality and justice for all were not the only values that have been present throughout American history.

“When we talk about our core values of democracy, freedom and so on, we need to remember that slavery was written into the Constitution,” Becker said. “There isn’t some part of American history where this was only some tiny minority of people who felt this way. There have been periods of American history where it has been more of a minority viewpoint, and certainly a minority point of view within a major political party, but it’s always been that a substantial part of America has undemocratic, racist ideas.

“The efforts we see in some states, by state legislators and governors, to try to reform the curriculum at the K-12 level to deny that point — to deny that we have these kind of stains on our history — are disgraceful,” he said. “This part of America has always been there. What’s changed is that the idea has taken root as the orthodoxy of such a significant part of one of the country’s major political parties.”

Becker said he does not think the Republican Party will return to a party that is grounded in democracy, “with a small d,” and policies based on principles until it is “soundly defeated” at the polls.

“While they are losing elections more often than not, they’re not losing by much, so they’re not getting a clear message from voters that the Republicans have a losing strategy and platform,” he said.

Republicans also have a “built-in advantage” in the U.S. Senate, he said.

Becker said Republicans are in a “transition period” as they continue to score election victories by energizing their base, but their base is shrinking in many of the states they used to count on.

“Texas is becoming more of a purple state as it’s becoming more urbanized, less white and more college-educated,” he said. “Georgia is also a good example of that too. We’re seeing the state change politically because the demographics of that state have changed. Georgia is so much on our radar because the demographic change has happened faster there than in other places. But it’s changing Texas and other states, too.

“It changed California dramatically,” he added. “Just a few decades ago, California was solidly a Republican state. Then, it became a purple state and shifted to becoming a solidly blue state seemingly overnight. Not too long ago, Republicans were pushing legislation like Proposition 209 (which ended affirmative action in California) and Proposition 187 (an anti-immigrant measure that was approved by the state’s voters and overturned by a federal court). It’s unimaginable that the state of California would vote that way now.”