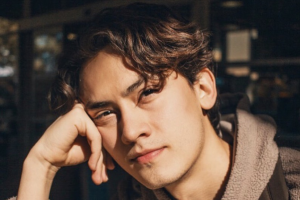 California State University, Northridge 2020 graduate Andres Angel-Portilla has been selected for the prestigious Television Academy Foundation’s Internship Program. He will be interning remotely this summer in the development department at High Noon Entertainment in Los Angeles, CA.

The Television Academy Foundation is dedicated to preserving the legacy of television while educating and inspiring those who will shape its future. The annual Internship Program provides 50 paid internships to college students nationwide at top Hollywood studios and production companies.

Angel-Portilla, who majored in production development while at CSUN, is both thankful and excited for the opportunity.

“It is an honor to be accepted into the Television Academy Foundation’s Internship Program, especially knowing many of my role models have affiliations with the Academy,” said Angel-Portilla.

“There’s definitely a pressure to impress,” said Angel-Portilla, “but the Academy has provided us such a warm welcome that it really feels like we have some wind beneath our wings. It’s very exciting to be on the cusp of expanding my skills with this opportunity.”