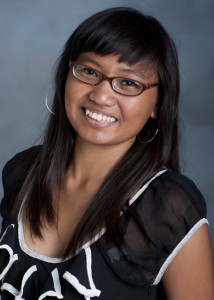 California State University, Northridge student Wynnona Loredo didn’t know her life was about to change when she opened a letter from CSUN’s Valley Performing Arts Center. Loredo expected the envelope to contain routine correspondence about her former job at the VPAC. Instead, she learned that she had received the $8,000 Mary Bayramian Arts Scholarship.

“It’s life-changing,” Loredo, a junior ambitiously pursuing three majors—photojournalism, economics and business honors—said of the scholarship. Loredo had been working up to 35 hours a week at three jobs to cover her cost of living and tuition. She worked during shows at the VPAC, as a clerical assistant in the CSUN Foundation and as a sushi chef at a local sushi restaurant. The scholarship will allow her now to focus on classes, rather than making California rolls.

“Last semester, I was working a lot, and [worrying about] money was my primary focus,” said Loredo. She didn’t have enough time to complete all the required reading for her courses, and the Dean’s List student saw her grades beginning to slide.

Then, Jerry De Felice, CSUN’s director of development for student affairs and athletics, encouraged Loredo to apply for scholarships, which she previously believed would be too competitive for her to benefit from. With De Felice’s support, Loredo applied to several scholarships and received the $8,000 Bayramian Arts award.

Loredo’s Mary Bayramian Arts Scholarship is just one of the many scholarships funded by a $7.3 million bequest left by CSUN neighbors Mary and Jack Bayramian. After years as a homemaker, Mary returned to college in her late 30s, earning a bachelor’s degree in art from San Fernando Valley State College (now CSUN) in 1963. She then taught art at San Fernando High School. In 1971, Mary and Jack, a telephone company technician, retired to Laguna Beach and began renovating and managing real estate. Their retirement venture proved very fruitful, allowing them to make their bequest, one of the largest gifts in the university’s history.

Loredo wishes that the Bayramians could experience the effect their gift had on her and fellow scholarship recipients. “I wish they were alive so that they could see us and they could personally see the impact they make in people’s lives,” she said.

For more: You can help other students by contributing to CSUN student scholarships.