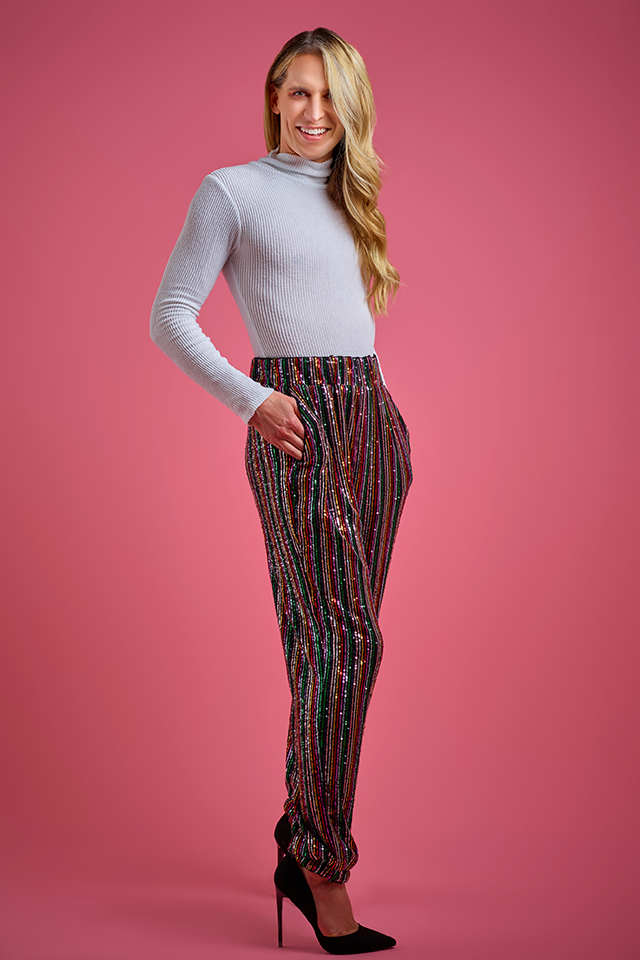 When it comes to magical worlds, Jason June is no novice.

At 3, he was already a wide-eyed wanderer. During trips to the lake in Eastern Washington, his father would have to put a life vest on him before he would leave the car, so he’d be prepared to venture out to meet his mermaid friends in the water.

Now, at 33, Jason June ’13 (Journalism), M.A. ’16 (English Literature) need not travel to the lake to visit his fantasy worlds — the magic lives in the pages of his books.

Jason June has written stories set in his homespun universes, where owls can be detectives and porcupines can be matchmakers. And this year, he’s expanding that library of fictional worlds with new titles, “Mermicorn Island” and “Jay’s Gay Agenda,” published by Scholastic and HarperTeen.

Whether it’s a picture book or a young adult (YA) novel, Jason June said all his stories need to have the same three things: “My trifecta is zaniness, heart and humor,” he said.

“Just this last year has taught us so much about how the universe can throw so many punches our way,” he added. “What we really need now is a chance to laugh, a chance to connect to each other.”

“The Magic in Life”

With “Mermicorn Island,” a chapter book series for children ages 7-10, Jason June takes young readers on a spectacular ride through the underwater fantasy universe of his dreams. 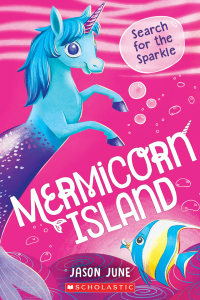 Each “Mermicorn” book, including “Search for the Sparkle” and “Narwhal Adventure!”, both released Feb. 2, follows Lucky, a mermicorn (mermaid unicorn, just as it sounds) who has yet to develop his magical abilities, as he uses a new enchanted shell that grants him a unique power.

Jason June said the idea of “Mermicorn Island” came from Scholastic, the largest publisher of children’s literature in the world. Although Jason June’s previous unpublished manuscripts were not quite a fit for who’d eventually become his editor for “Mermicorn Island” at Scholastic, his unique voice stood out, and the publisher sought out Jason June as a possible author to bring the new nautical universe to life.

After receiving a short concept paragraph on the fantasy island from Scholastic, Jason June quickly built the characters, the world and the “magic system” that would run it all.

It’s not Jason June’s primary goal to teach a lesson with his stories, but he hopes that readers see through Lucky’s adventures that it’s alright to make mistakes and learn from them.

“[Lucky] gets to see what it’s like to have magic,” Jason June said, “but he also learns that magic isn’t all it’s cracked up to be — it’s really your heart that makes you who you are and not necessarily some power.”

The magic doesn’t end with writing for the youngest readers.

“Even with my contemporary (young adult) books, I still have this theme of trying to find the magic in life, even if it’s not literal magic,” Jason June said. “There is magic about being human. There is magic about the connections we can make with others around us.”

Jason June proves that with “Jay’s Gay Agenda,” set to hit the shelves for Pride Month, June, this year. At the heart of the YA novel is gay high schooler Jay, whose family moves to Seattle during his senior year. In preparation for the move, he makes an elaborate to-do list — his “gay agenda” — of things to cross off once he gets acquainted with the Seattle LGBTQIA+ scene and meets other queer people. 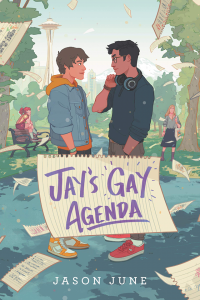 “[Jay] realizes that he has a narrowed focus on the list, as opposed to experiencing the magic and organically getting into moments for what they are,” Jason June said.

An out-and-proud genderqueer writer, Jason June said that in writing stories with queer representation, such as “Jay’s Gay Agenda,” which is “very loosely based on my experience growing up in rural Eastern Washington,” he writes for the children and teens who, like him, do not see themselves reflected in most literature available to their age group.

“I get asked all the time, ‘How do you write age-appropriate, queer-inclusive books?'” Jason June said. “And my answer to that is always, ‘There is never an age where it’s inappropriate to talk about queer people.

“It’s not a stretch of the imagination that queer people know from when they’re very young that they’re queer,” he said. “But the reason why it seems to be such a foreign concept for some people is because we didn’t always have the language in mainstream media for kids to be able to describe themselves. … That’s what I hope to do with my books — to let kids know that you get to be celebrated for whoever you are, regardless of your gender, regardless of your sexuality.”

As it turns out, stressing over a Shakespeare class can have magical outcomes.

During finals as a graduate student at CSUN, Jason June realized that he was taking himself a little too seriously. So, to spice up his study time, he decided to read Shakespeare’s plays in a comical voice that would later inspire the namesake character of “Whobert Whover, Owl Detective,” his first picture book, published through Margaret K. McElderry Books, an imprint of Simon & Schuster. 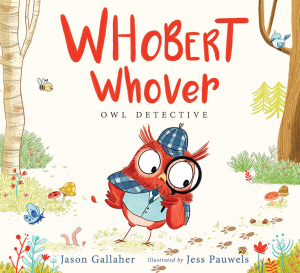 After landing an agent and a book deal with “Whobert Whover,” Jason June got tremendous support from CSUN English professors Tina Bertacchi-Love and Jackie Stallcup, who showed him how impactful children’s literature can be, he said. Both professors still invite him to speak to their classes, he said.

“To this day, I can fall back on them for support at any time, and that’s just so magical,” he said.

Recently, Jason June established the Joan Nessan Creative Writing Prize in Children’s Literature at CSUN, named for his grandmother, to whom “Whobert Whover” was dedicated.

“With the scholarship, I want to encourage current CSUN students to know that you can explore writing for kids as an actual job,” Jason June said.

“Every summer, when we were going to visit [Grandma Joan], she would have a typewriter set up, waiting for me with a huge stack of blank paper, and she’d say, ‘Get to writing!'” Jason June said. “So, I want to become everyone’s Grandma Joan, where I’m like, ‘Get to writing! You can do this. This is going to be your job. If you feel this in your heart, you can make it happen.'”

Younger readers may be its target audience, but children’s literature tells stories that can touch the hearts of anyone, no matter their age, Jason June said.

“What I love about the format of picture books is it really focuses on specific emotions,” he said. “Whether it’s love, or the joy of finding a friend, or the sadness when you’re losing a family member — this whole gamut of emotions that we have is really the most wonderful, unique thing about being human.”