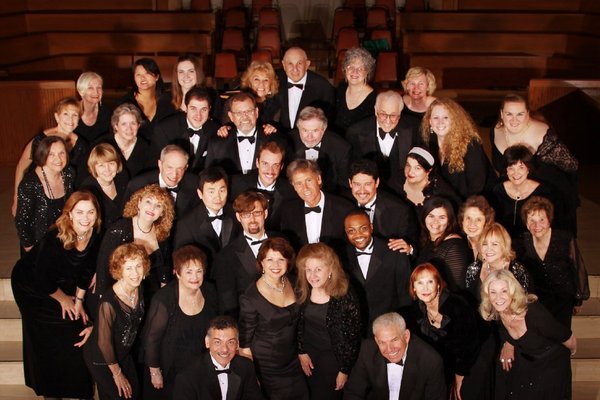 A photo of the entire Verdi Chorus.

Los Angeles is one of the entertainment centers of the world, so it’s no wonder that one of the most prolific choral venues in the city happened to be in a Santa Monica restaurant—the Verdi Ristorante di Musica. The Verdi Chorus entertained patrons of the restaurant with their classical music arrangements until it closed in 1991. It was then when Verdi Chorus member and CSUN alumna Anne Marie Ketchum ’75 (Choral Conducting),  M.A. ’77 (Voice Performance) decided to take the reigns and guide the chorus to its now 30-year existence.

“It surprised me, in the long run, what it became,” Ketchum told the Los Angeles Times. “It’s something I’m extremely proud of. We have singers who work very hard and are completely devoted, and it’s an organization that I thinks makes a difference in the city.”

To celebrate that 30-year milestone, the group will perform excerpts from many of their favorite operas at the First United Methodist Church (1008 11th St., Santa Monica, Calif.) this weekend, Sat., April 20, at 7:30 p.m. and Sun., April 21 at 4 p.m. Although the group’s name, Verdi, was taken from the restaurant where it got its start and not the composer, there will be a focus on the composer’s works along with a special treat that Ketchum says concertgoers shouldn’t miss.

“I’ve got to tell you, when Verdi Chorus sings ‘Happy Birthday,’” Ketchum said, “it’s quite something to listen to.”

For more: Opera is on the Verdi Chorus’ menu (Los Angeles Times)