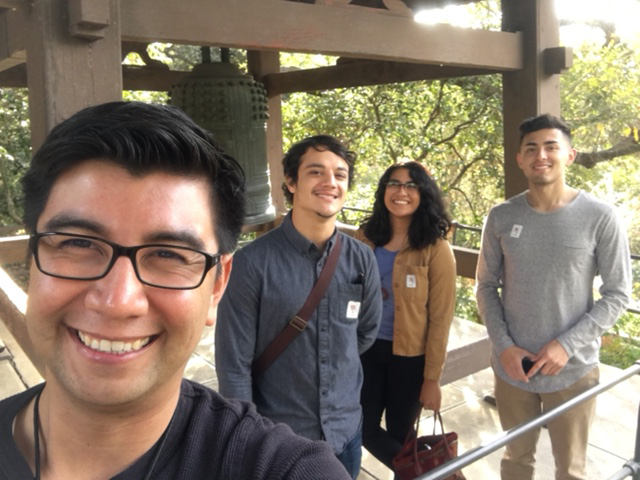 Efforts to save the country from the ravages of climate change will not succeed unless everyone is part of the solution. For that to happen, argues California State University, Northridge Chicana/o studies professor Stevie Ruiz, conservationists are going to need to understand the history of environmental justice in the United States.

The Huntington Library and UCLA have awarded Ruiz two distinguished fellowships — the National Endowment for the Humanities (NEH) long-term fellowship at the Huntington Library in San Marino and Chicana/o Studies Research Center’s Visiting Scholar Award, respectively — to support his writing of a book, “Stewards of the Land: Race, Space, and Environmental Justice,” under contract with University of North Carolina Press. The book will track the origins of today’s environmental justice movement to the experiences of Latino and Asian-American communities more than 100 years ago.

“It has its roots among Mexican Americans who served as pivotal members of the Civilian Conservation Corps during the Great Depression,” he said, “and the outrageous claims made to support the Alien Land Laws: that Asians immigrants, mostly Chinese and Japanese, were an environmental threat and would pollute our waters and our lands. That debate framed our immigration policy at the time.”

“One of the reasons I am writing the book is that when we talk about environmentalism in the Southwest, we don’t talk about the important roles Asian Americans and Latinos have played and continue to play when it comes to the environment,” Ruiz said.

Ruiz noted that immigrants, whether from Latin American or Asian countries, often bring with them traditions that respect and preserve the environment.

“Many of the early members of the Civilian Conservation Corps were Mexican Americans who used their knowledge of the land to help build the foundation of the National Park Service, including many of the trails we now treasure,” Ruiz said. “Yet, the National Park Service will reach out to me and ask how can we engage more people of color, more Latinos, with our national parks, completely unaware of the agency’s history.

“The first step is acknowledging the roles people of color have played historically in preserving our public lands and developing our national parks,” he said. “We also have to acknowledge the role racism has played under the guise of environmentalism.”

Ruiz said he hopes his book will help facilitate those acknowledgements, and inspire truly inclusive discussions about how to achieve environmental justice for all communities