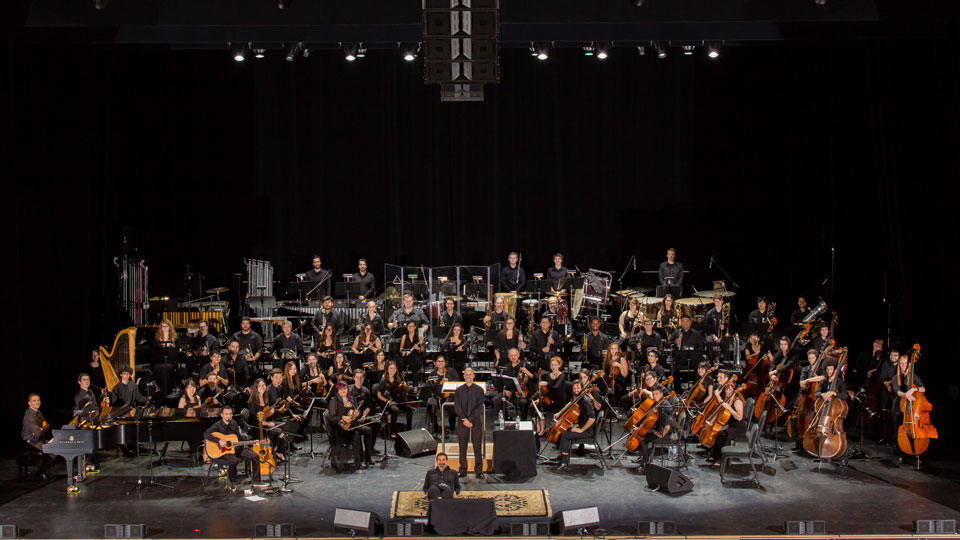 California State University, Northridge has been ranked among the top 25 music schools in the latest issue of The Hollywood Reporter.

The publication pointed to alumni such as Andy Summers and Diane Warren — as well as CSUN renowned programs in media and film composition, jazz and classical performance, and music industry studies — in ranking what it called “elite institutions … [that] will help you hit the high notes in everything from film composition to live performance.”

Published in the Dec. 2 issue, this is the third year in a row that CSUN has made the list in the nation’s leading entertainment-industry trade magazine.

“We are indeed proud to make this high-profile list again,” said Ric Alviso, chair of CSUN’s Department of Music. “This is a testament to the hard work and dedication of our committed faculty and talented students, all of whom invest hours and hours of practice on their craft to make outstanding music and produce work that makes our lives richer.”

“I’ve always known how great the music department has been — no one area of the music program is weak,” he said. “To get acknowledgement from The Hollywood Reporter for the third year in a row convinces me of just how strong we are, not only compared to programs in the state, but across the country. It’s great to have that outside validation.”

It’s those achievements that earned the institution a ranking by The Hollywood Reporter, said assistant professor of music industry studies, Andrew Surmani, who oversees the Master of Arts in Music Industry Administration program.

“We have such an amazing program, with world-class educators and musicians teaching dedicated students, that it’s an honor our strengths are being recognized,” Surmani said. “Regardless of the program — from performance, composition, musicianship and music history, to music therapy, music industry studies and music education — we are solid across all areas.”

The video below throws the spotlight on just one of the programs in CSUN’s Department of Music, it’s acclaimed jazz  studies program.