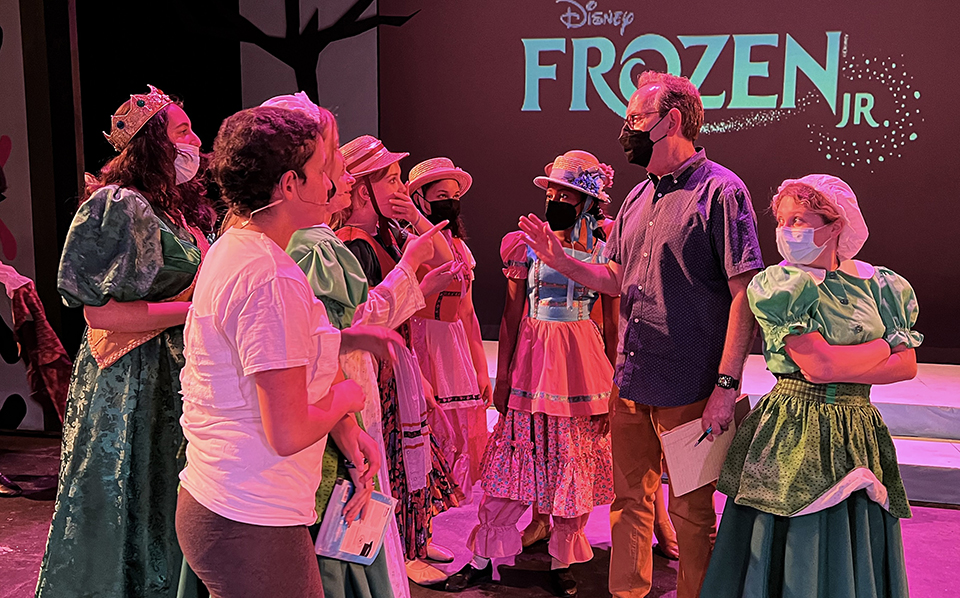 “This year we are very excited to have 71 students enrolled, which includes nine tech students,” said CSUN theater professor Garry Lennon, executive director of Teenage Drama Workshop. “Everyone is hard at work preparing two fantastic shows for our audiences.” 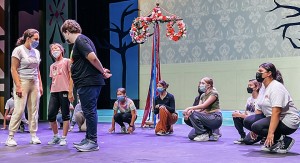 The cast of “Hammered” rehearsing a scene. Photo courtesy of Teenage Drama Workshop.

“This our 65th year of providing access to the arts to anyone who is interested, regardless of their skill level,” Lennon said. “Sixty-five years of creating memories and friendships that will last a lifetime, as well as entertaining audiences in the San Fernando Valley.”

One of the nation’s oldest such program, TADW immerse the teenagers — this year there are 69 students in grades 6-12 — in the day-to-day reality of a professional theatrical troupe, from designing lighting, costumes and sets to learning lines and choreography during an intense six weeks.

“Hammered: A Thor and Loki Play” is directed by Eric White, with Lindsey Lorenz serving as assistant director and choreographer. “Hammered” is the story of two brothers, one the god of thunder and the other the god of mischief. Written by Tony Award-winning actor and playwright Christian Borle, the play explores the brothers’ relationship during their teen years as they vie for their father’s approval.

“Disney Frozen, Jr.” is directed by Ronnie Sperling, with music direction by Arielle Phan and choreography by Candy Sherwin. The play is based on the Oscar-winning animated feature and adapted from the Broadway musical. Set in the fictional kingdom of Arendalle, “Frozen, Jr.” tells the story of Princess Elsa as she discovers the strengths of her magical powers and her bond with her sister, Anna.

In addition, TADW will present its annual “10-Minute Play Festival,” where student playwrights explore the dreams and challenges of their lives in original, short plays. Students in the playwriting and improvisation electives collaborate to bring an idea from “age to stage” in just six weeks. The festival will take place at 6:30 p.m. on July 19 in the Campus Theatre.

The Musical Theatre Showcase will take place at 6:30 p.m. on July 21 in the Campus Theatre.

Tickets for all performances are $15 per adult and $12 per child or senior citizen. Groups of 10 or more can purchase tickets for $12 per individual. To buy tickets, visit the website https://www.csun.edu/teenage-drama-workshop. Audience members will be required to wear masks at all performances.