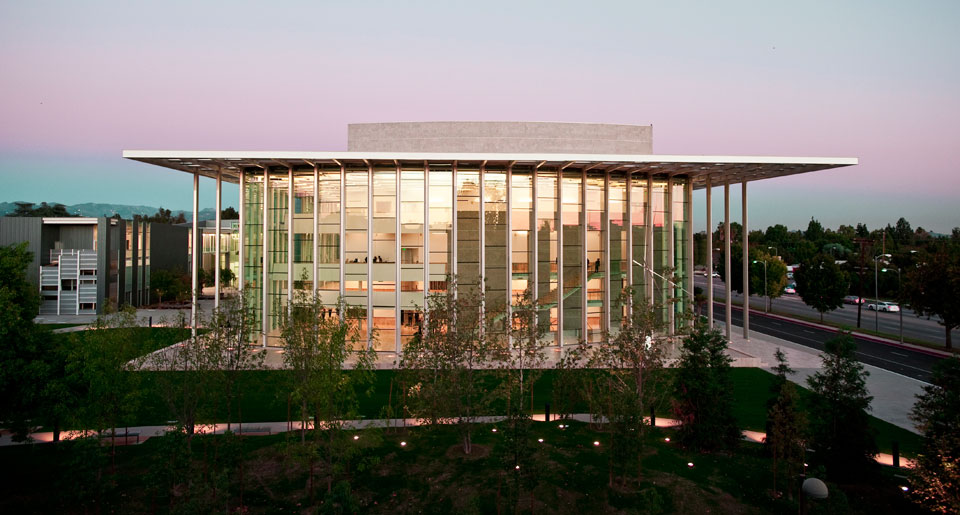 The rehearsal room in CSUN's Valley Performing Arts Center is being named for former Los Angeles County Supervisor Zev Yaroslavsky, who played a key role in the birth and development of what is now one of the Valley’s landmark cultural institutions. Photo by Lee Choo.

The windows in the state-of-the-art rehearsal room of California State University, Northridge’s Valley Performing Arts Center offer a clear view of much of the San Fernando Valley.

University officials said they believe it is only right that the room — where many of the performances that appear in the center are shaped — be named for former Los Angeles County Supervisor Zev Yaroslavsky, who played a key role in the birth and development of what is now one of the Valley’s landmark cultural institutions.

“Zev Yaroslavsky not only understands the value of the arts in the community, he also understands the important role the arts play in building bridges across cultural, socioeconomic and other divides,” said CSUN President Dianne F. Harrison. “Artists are the goodwill ambassadors of our community. It’s most fitting to name the room where artists rehearse their great performances in honor of a man who championed the important role artists play in our lives.”

CSUN will celebrate the naming of the “Zev Yaroslavsky Rehearsal Room” at the Friday, March 6, performance of the Orquesta Sinfónica del Estado de México at the Valley Performing Arts Center. Zev Yaroslavsky in 2007, when he presented a check to CSUN to support the building of the Valley Performing Arts Center. Photo by Lee Choo.

Yaroslavsky said he was surprised and honored by the tribute.

“I love the performing arts center,” he said. “It’s one of the most beautiful cultural venues in Southern California, and there are so many wonderful venues in Southern California. The San Fernando Valley deserves a first-class concert hall like the Valley Performing Arts Center, and I’m glad I was able to play a small part in its creation. I’m thrilled the university decided to honor me in this way. It was totally unexpected.”

Thor Steingraber, executive director of the Valley Performing Arts Center, said the decision to honor Yaroslavsky during the performance by the Orquesta Sinfónica del Estado de México reflects the former supervisor’s love of classical music, as well as his appreciation of the power of the arts.

“Zev’s love and admiration for classical music is well known,” Steingraber said. “He also has strong cultural ties to the community and appreciates that an organization like National Symphony Orchestra of México appeals to a wide population. The performance is the perfect combination of our commitment and his commitment to the highest level of performing arts that also reflects the broader population.”

Yaroslavsky retired last November after nearly four decades in public office, including five terms as a Los Angeles County supervisor. His district included most of the San Fernando Valley.

During his tenure, Yaroslavsky was known for his passion for the arts and his appreciation for the important role the arts play in education. Though downtown Los Angeles was not part of his supervisorial district, civic leaders credit Yaroslavsky with playing a key role in leading the artistic and cultural revitalization of the area.

Seeking to expand arts opportunities in the San Fernando Valley, Yaroslavsky worked closely with CSUN officials in the mid-2000s to develop plans for what is now the Valley Performing Arts Center.

Yaroslavsky cemented his commitment to the project by contributing $2 million from his district’s discretionary capital funds for the project in 2007. He was at the gala celebration when the center opened in January 2011, and he was one of the center’s earliest performers. In March 2012, the former supervisor brought the sensibilities of Abraham Lincoln to life by narrating composer Aaron Copeland’s classic “Lincoln Portrait.”

“Given all that he has done for CSUN and the arts in the Valley, it is only right that a room in the facility Zev helped build — the Valley Performing Arts Center — bear his name,” Steingraber said.