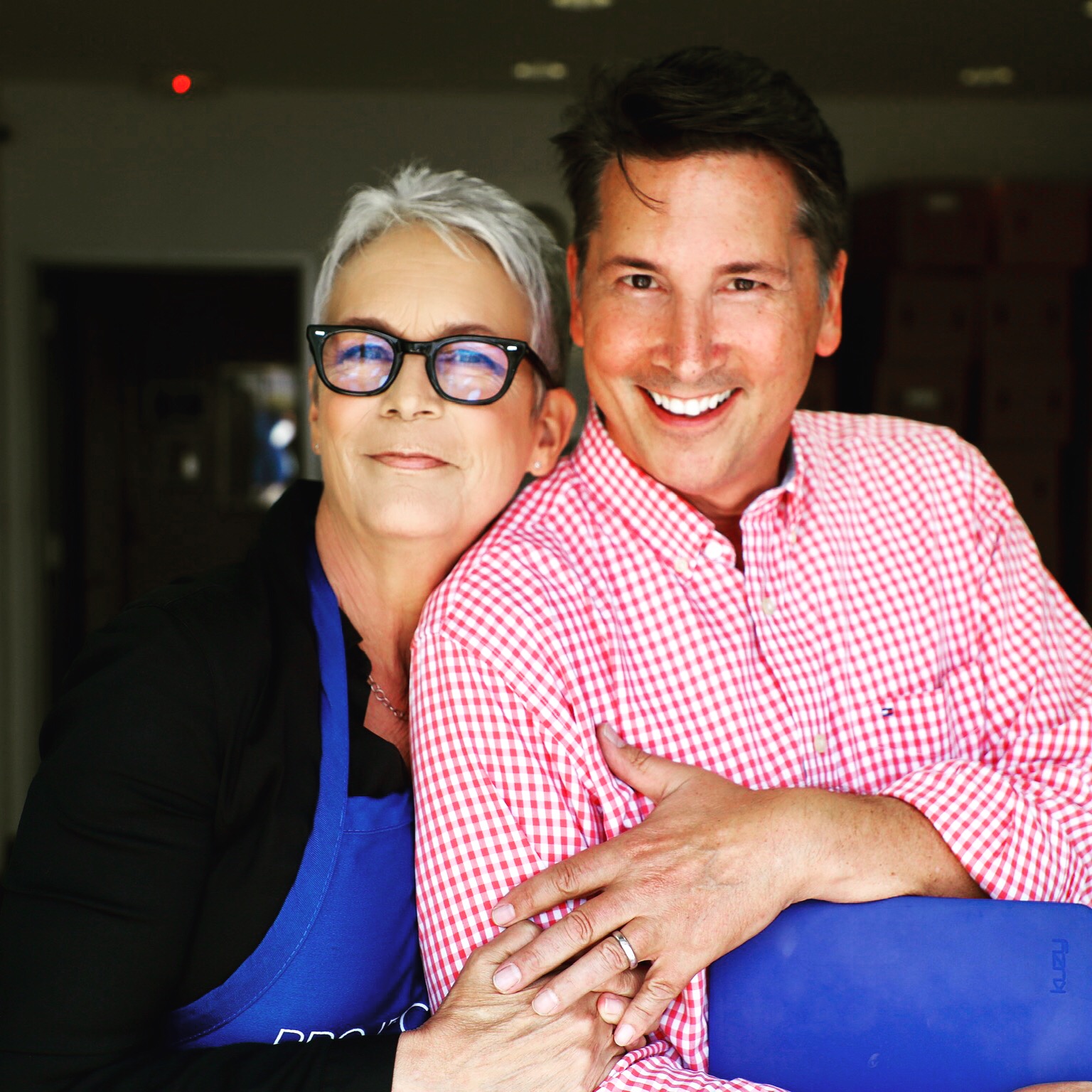 After winning two Emmys for his work as an executive producer on “Entertainment Tonight,” Brad Bessey ’19 (Communication Studies) knows what it takes to keep eyes glued to any TV screen: celebrities.

He knew that if he could get stars like Kelly Clarkson, Elton John, Sharon Stone, Josh Groban, Annie Lennox and Jamie Lee Curtis to appear and perform for a TV special, it would be an opportunity to attract thousands of viewers to call the number at the bottom of the screen, to donate to a cause close to his heart.

In June, KTLA (the CW affiliate in Los Angeles) aired “Lead with Love Telethon,” which was hosted by actor Eric McCormack and featured special performances and appearances by 60 big-name celebrities organized by Bessey. The telethon helped raise funds for Project Angel Food, a nonprofit that delivers more than 1 million healthy meals annually — a number that has grown due to the pandemic — to chronically and terminally ill people across Los Angeles County who are too sick to buy or prepare their own food.

“It wasn’t about booking a celebrity,” said Bessey, who is currently a graduate student in CSUN’s Department of Communication Studies. “I know the difference that [someone like Kelly Clarkson] will make in bringing in an audience, and the difference a name like that will make in actually raising the money that’s needed to keep this work going. It literally is saving lives.”

The COVID-19 pandemic pushed Project Angel Food from feeding 1,500 people a day to more than 2,300. But because volunteers could no longer safely show up at kitchens in L.A. — where they normally prepare meals for the homebound — the organization needed the funds to hire out-of-work chefs to continue preparing meals. The telethon was a way to keep the project’s doors open.

By the end of the special, Project Angel Food had received more than $700,000 in donations.

A little over a month later, spurred by the triumph of the telethon, Project Angel Food created a new leadership role to oversee the organization’s messaging and branding, through channels such as TV specials, social media, public relations and more. With the success of “Lead with Love Telethon” under his belt, Bessey was the man for the job. Since September, he has served as Project Angel Food’s very first head of communications and talent relations.

As Thanksgiving draws near, Bessey will join Project Angel Food as it delivers 1,000 meals on Nov. 26, “which is about twice as many as we’ve ever done before,” he said.

On Thanksgiving Day, each volunteer driver will pick up five meals — from a celebrity who will distribute the packages, with social distancing and other safety measures in place — from the nonprofit’s headquarters and deliver to Project Angel Food’s homebound clients.

Bessey’s connection with Project Angel Food began in the organization’s earliest days, in 1989, during the AIDS epidemic that cast a shadow over the LGBTQ+ community.

“I was spending almost every night with a friend who was in a hospital, and our weekends were filled with memorials,” Bessey said. “I realized that we can be part of despair and say, ‘There’s no hope,’ or we could be part of the group of people that offer hope. So, we gathered in a church kitchen, and we would make meals, drive around [L.A.] and deliver them to people.”

Bessey returned to Project Angel Food years later, after his career in entertainment took off and he executive produced “Entertainment Tonight,” “The Insider” and “The Talk.” He served as a consultant to get the organization connected with celebrities who could promote the organization’s mission. One of his most important tasks was coordinating “Lead with Love Telethon.”

With his new full-time position at the nonprofit, Bessey already has begun work on 2021’s “Lead with Love Telethon,” which he hopes will raise even more funds for delivering meals to the chronically and terminally ill.

While he fulfills his responsibilities at the nonprofit, Bessey is also hitting the books. After years working in Hollywood, he returned to CSUN in 2019 to finish the bachelor’s degree he started at CSUN and put on hold in 1986.

“I’m quite fortunate to have had a really phenomenal career, producing over 5,000 hours of television with ‘Entertainment Tonight’ and ‘The Talk’ and winning a couple Emmys — life has been really good,” Bessey said. “But it always bothered me just a little bit that I never finished my degree.”

After finishing the last few courses he needed to graduate, Bessey said, “I didn’t anticipate I would fall in love with communication studies.” Through his CSUN classes, he said, he realized that in the entertainment industry, he had been one of the people who were “changing the dialogue” in media.

Now, with his newfound love, he’s on his way to completing a master’s degree in communication studies.

“I’m hungry for the conversation,” Bessey said. “I’m hungry to talk about how these theories impact our lives and how we might be able to use this information to do nothing short of changing the world.”

Bessey invited Matadors who want to share their time and lift up others to volunteer in Project Angel Food’s Thanksgiving Day project of helping to deliver meals.

Another way to give is to donate — even as little as $5 can help save a life. “Five dollars buys a meal,” Bessey said.

He reflected on the trials of this year, as well as how he and Project Angel Food are able to stay hopeful.

“You have a choice of being in despair, or leading with love,” Bessey said.

For more information about how to give or become a client of Project Angel Food, visit www.angelfood.org.