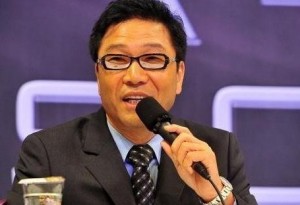 The power of K-Pop, the shortened sobriquet for Korean Pop music, was demonstrated last year when K-Pop crooner Psy’s “Gangham Style” was blasting out of speaker systems across the country. The power of the genre long pre-dates that massive hit, but its roots can be traced to California State University, Northridge graduate Lee Soo-Man M.S. ’85 (Engineering).

While his master’s was in engineering, Soo-Man’s specialty seemed to be chemistry. He put together S.M. Entertainment, an entertainment company whose specialty is creating boy and girl K-Pop groups. They do so well that, according to Forbes Asia, the company receives 300,000 applications from nine countries every year for a spot in one of their groups, which in turn collaborate with 400 songwriters worldwide. The groups’ finished products populate a YouTube page with videos that get 1,000 views a second.

The company was created in 1995 and was successful from the start. But the explosion came when Soo-Man realized that there was an untapped overseas market. As the hallyu, or Korean Wave, of pop culture washed across Asia, S.M. jumped in, becoming the first Korean label to join with overseas players—notably Japan’s Avex Group. According to Forbes, since then, the company has built a market capitalization of $660 million—much bigger than its closest rival, Psy’s label YG Entertainment. To manage that kind of market, S.M. Entertainment now has offices in Japan, China, Hong Kong, Thailand and the United States.

Cal State schools to give students iPads in effort to cut barriers to college enrollment.

Prep Rally: Keep an eye on these quarterbacks.