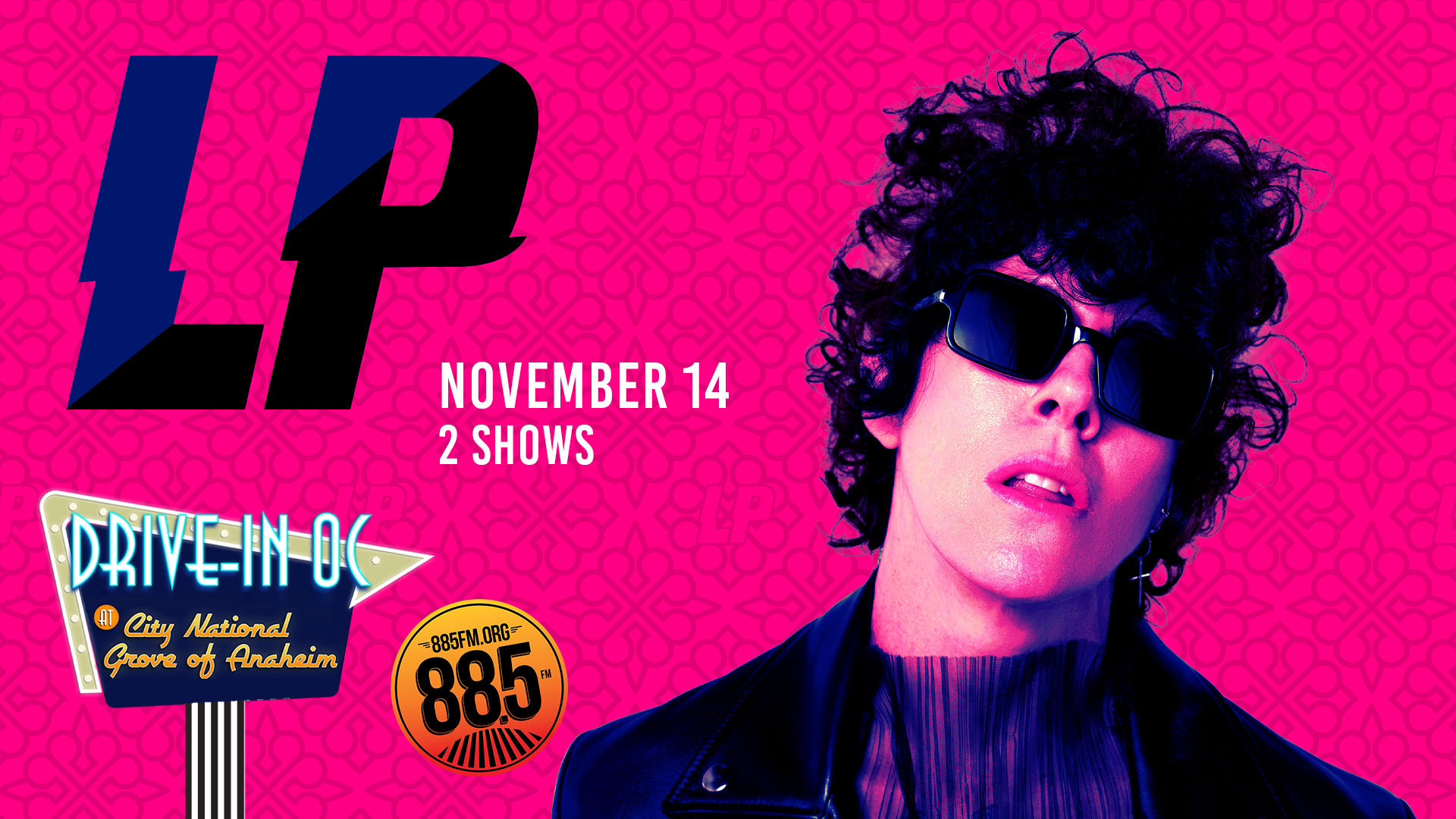 After nearly a year without performing before a live audience, internationally acclaimed singer/songwriter LP will perform two shows on Saturday, Nov. 14, as part of public, member-supported 88.5-FM’s drive-in concert series in Orange County.

Her shows, a 2 p.m. matinee and a 7:30 p.m. evening performance, are part of 88FIVE Live at Drive-In OC at City National Grove of Anaheim, and are being produced as a partnership between Nederlander Concerts and 88.5-FM, Southern California’s leading Triple-A (adult album alternative) rock station.

“So excited to do a drive-in concert on Nov. 14,” LP said. “It’s going to be a unique and special experience for me, and I hope for the fans. Going to sing in front of actual people, but in cars! I honestly can’t wait.”

88.5-FM General Manager Patrick Osburn said the station was eager to present the second in the station’s drive-in concert series, adding that the series presents a safe way for music fans to enjoy a live show during a pandemic.

“88.5-FM and Nederlander are taking every measure necessary to make sure these outdoor concerts are as safe as possible,” he said. “Our two upcoming shows with internationally known LP will be memorable. She’s an incredible talent.”

Each of the Nov. 14 shows will feature a full production, full-band concert, and include a set of hits, new music and fan favorites, including LP’s latest single, “The One That You Love,” which has been streamed worldwide more than 16 million times.

While the COVID-19 pandemic has sidelined many performers, LP remained busy. In the spring, she released her debut live album, “Live in Moscow,” recorded at Crocus City Hall in Moscow in 2019 in front of a sold-out crowd of more than 6,000 people. In July, she released, “The One That You Love,” co-written with her longtime collaborators, Mike Del Rio and Nate Company. Her first livestream took place in August and was attended by fans in more than 25 countries.

LP rose to international fame in 2017, with her album “Lost On You.” The album’s title track hit No. 1 in 18 countries and recently surpassed one billion streams. In December 2018, she released the album “Heart to Mouth,” featuring the singles “Girls Go Wild” and “Recovery.”

Tickets for LP’s drive-in concerts are on sale now via AXS.com. Tickets are $160-$300 per vehicle, and the number of passengers cannot exceed the number of seatbelts in the vehicle. No bicycles, motorcycles, buses, RVs, trailers, limousines or foot traffic will be allowed.