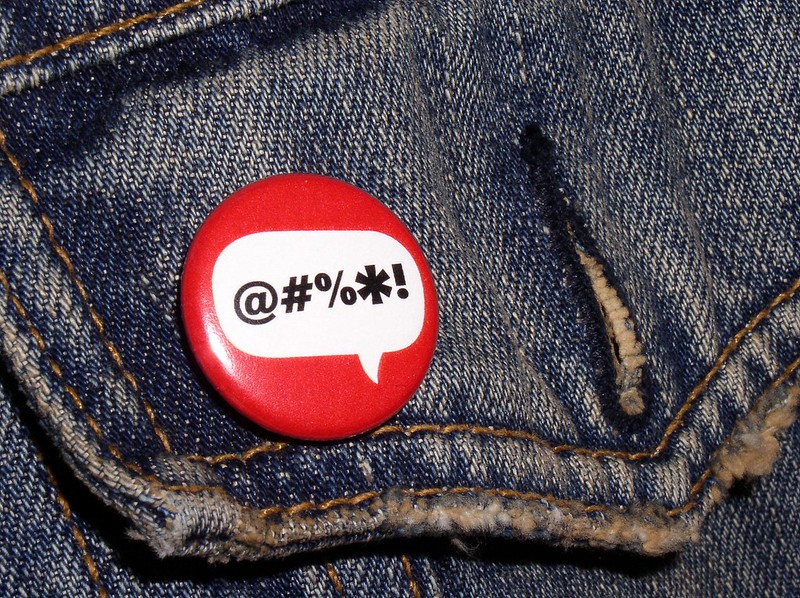 It’s not every day that a college student gets assigned to watch comedian George Carlin’s landmark 1972 monologue, “The Seven Dirty Words You Can Never Say on Television.” But in CSUN linguistics professor Kenneth Luna’s course, it’s required viewing.

The new fall 2020 course, Linguistics 230: Forbidden Language: Swearing and Taboo Language, takes an academic dive into the meaning, role and use of words typically considered obscene, foul or taboo in the English language.

“This [Carlin] routine is what started it at all,” said Luna, explaining how the sketch — broadcast uncensored on a New York City radio show — led to a U.S. Supreme Court decision that helped define the federal government’s role in regulating speech on TV. In addition to studying the First Amendment, the Clean Airwaves Act and other legislation, Luna’s students rate the seven words based on their offensiveness. 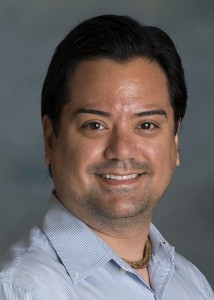 Hearing four-letter expletives is par for the course in Luna’s class. In fact, the note at the top of his syllabus plainly states: “Students easily offended by obscene words are discouraged from taking this class.” But Luna draws a linguistic distinction between how the language is used in his class.

“We are not using these words; we are mentioning them for the purpose of study and research,” he said. “Now, more than ever, we are paying closer attention to the specific words people use and the cultural, historical and societal impact they have on others.”

Not All Offensive Words are Created Equal.

Foul language, obscenity, taboo — aren’t they all the same? Not according to Luna, who unpacks the classification and functions of these words.

“The typical four-letter word may be vulgar, but taboo words aren’t the same,” said Luna. “A taboo word isn’t used to insult, but it can be perceived as impolite or crude in some cultures.” For example, the word “death” is off limits in some societies, while in other cultures, any reference to god or a deity is avoided.

Sociologically abusive words are also a key part of Luna’s lectures — a topic he said has never been more relevant.

“We are seeing it now in the context of microaggressions and racist terms,” Luna said. “This is a very important moment when language is changing overtly, and people are questioning words like ‘blacklisted’ and ‘blackmail.’ These aren’t curse words, but do they devalue a group? What do we do with these terms? We wrestle with these questions in class.”

According to Luna, words evolve. Some get “semantic betterment,” meaning they start getting “less bad” and more mainstream — think “damn” or “hell,” words once considered foul that have entered the mainstream, as society normalized them.

“There has been a generational shift toward a more ‘What I think matters,’ individualistic outlook,” Luna said. “We see this in showcasing your life on Instagram and posting your opinion on Twitter. Modern media is quickly changing society’s perception of swearing, making many categories ‘softer,’ with some words even losing their taboo altogether.”

Curse Words and Your Brain

Luna’s virtual course even explores the biological aspects of cursing.

With double its expected enrollment, the popular general education course is clearly addressing a topic that students find relevant and engaging.

“We’ve covered so many interesting topics so far, including how taboo and swear words are essentially determined by society,” said Jasmine Corona, a senior linguistics major with a TESL (teaching English as a second language) minor. “This class has definitely brought me more awareness of language use, whether that involves swearing or not. It has even led me to analyze everyday examples like social media, TV shows and movies.”

“The online discussions we have are so good,” Luna said. “I hope this class sparks an interest in linguistics and a deeper understanding of their own patterns of language.”

As for one word to describe his course? Cool.

“Not only is it a four-letter word, but we talk about it in class as slang versus swearing, and how ‘cool’ it is that the word has stayed in slang across generations,” he said.

“Cool definitely describes this class,” said Corona. “This topic is usually avoided and rarely researched, but we get a chance to actually study it. It’s cool that we’re able to explore it in an academic setting, where the learning doesn’t only come from a textbook but from our own everyday language use.”