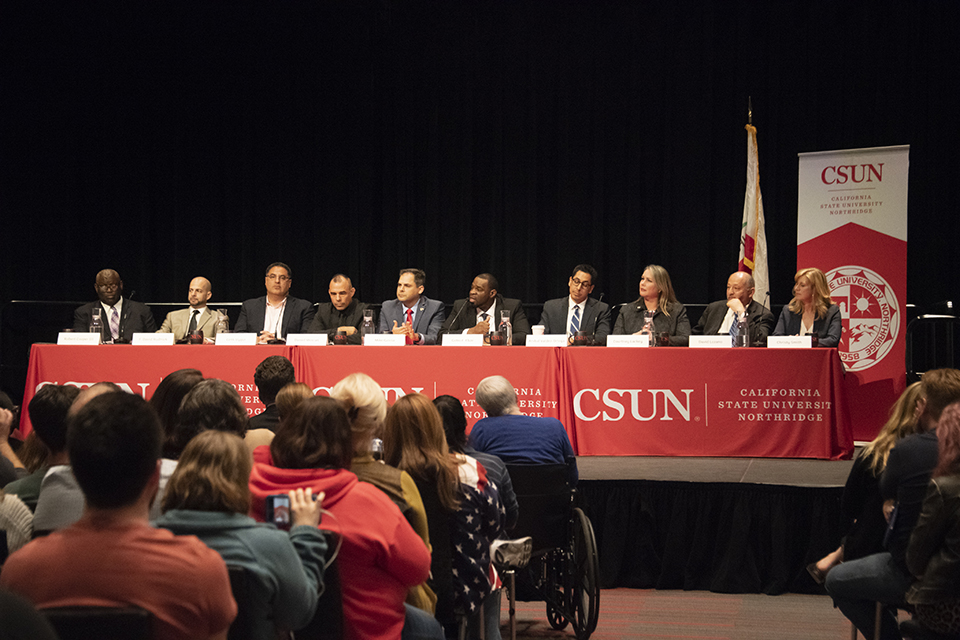 Ten candidates for the District 25 U.S. Congressional seat participated in a well-attended and lively forum hosted by CSUN and College of the Canyons. Photo by Lee Choo. 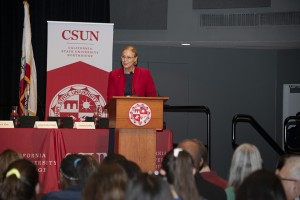 “I thank each of the candidates for being here this evening,” Harrison said. “Given the issues that face the country and our community, your commitment and desire to serve the community as the elected representative of the 25th Congressional district are appreciated and commended.”

An invitation to take part in the forum was extended to all candidates who qualified to appear on the ballot for the March 3 election — an election that includes both the primary for the seat in the Nov. 3 general election, as well as a special election to fill the remainder of the current term. 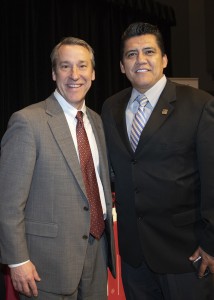 Topics discussed by the candidates ran the gamut, from extending protections for Deferred Action for Childhood Arrivals (DACA) recipients to healthcare to housing and homelessness. Candidates also fielded lighter questions, including their favorite TV show and where they would take a first-time visitor to the district that spans portions of the San Fernando, Santa Clarita, Antelope and Simi valleys.

The livestream of the forum is archived at youtube.com/calstatenorthridge.