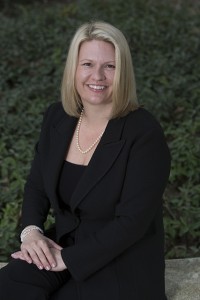 Featuring national higher education leaders including new U.S. Secretary of Education Miguel Cardona, the April 21 event, “National Briefing on 25 Years of Hispanic-Serving Institutions (HSIs) Accelerating Latino Student Success Confirmation,” was part of a series organized by national nonprofit advocacy group Excelencia in Education. HSIs are defined under the Higher Education Act as colleges or universities where at least 25 percent of the undergraduate, full-time enrollment is Hispanic, and at least half of the institution’s degree-seeking students must be low-income.

The virtual event focused on the national growth and success of HSIs and the work needed to continue to support Latinx/a/o student success. Beck was part of a panel that included Michael Amiridis, chancellor of University of Illinois, Chicago, and William Serrata, president of the El Paso Community College District. It was moderated by Deborah A. Santiago, chief executive officer of Excelencia in Education.

“I’m incredibly proud that of all the campuses that I have served — and this is particularly true of CSUN, but all of them — had a value system deeply rooted in equity and inclusion,” said Beck, who was previously president of CSU Channel Islands and provost and executive vice president of Nevada State College in Henderson, Nev. “That value system manifested in lots of places, especially in the hearts and minds of the campus community, who care really deeply about the success of our students.”

The educators spoke of the need to be intentional about taking steps to help Latinx/a/o students succeed. On a campus with almost 40,000 students, Beck said it was important to have accurate data about student success, and then to create intentional spaces for faculty, staff and students to ask questions and problem solve to eliminate equity gaps.

“The work is never done, but the data can really tell us which direction to go,” Beck said.

Excelencia in Education is hosting a series of discussions across the country to explore the impact 25 years of Hispanic-Serving Institutions have had on the nation’s Latinx/a/o students. The national briefing was hosted in partnership with the University of Texas at Austin and the Congressional Hispanic Caucus.