From Roman statesman Marcus Cicero to pioneering activist Angela Bambace to accomplished music composer Henry Mancini — Italy’s contributions to the world stage are legion, and Robert Barbera is determined to shine a light on them.

A frequent and long-time donor to California State University, Northridge (CSUN), Barbera has most recently made a contribution to the CSUN Foundation to create and support the Mentoris Project Pilot Program in the Department of Modern and Classical Languages and Literatures in the College of Humanities. The program is designed for students who major or minor in Italian Studies, giving them an opportunity to broaden their understanding of notable Italian figures.

“This gift establishing the Mentoris Project Pilot Program at CSUN is an important one,” said CSUN President Dianne F. Harrison. “CSUN is a front-runner in educating students to be global citizens who understand and appreciate the rich history of all cultures. Learning about the great Italians and Italian-Americans who have shaped world history will inspire our students to go out and to make their own contributions to the region and the world.”

As a first-generation American, Barbera has a deep respect, rooted in his upbringing, for Italian culture and language. His parents were child immigrants from Palermo, Sicily, who came to the United States in the early 20th century. They raised Barbera and his brother — through the Great Depression — in New York City, his father rising from garment factory worker to a pattern maker, his mother a seamstress who converted to a real estate investor. Their ties to Italy remained intact — Barbera remembers his mother traveling to an impoverished Italy after World War II to give her brother, a priest, money to build a church. His parents modeled hard work, ingenuity and frugality, and they expected their sons to be productive and contribute to the family. At the age of eight, Barbera was collecting scraps of metal, iron and newspaper to sell.

“They were wonderful parents,” said Barbera, “and they instilled in us a sense of responsibility. As a result, I like to work! It makes me feel valued.” In short, Barbera’s parents were his first mentors. 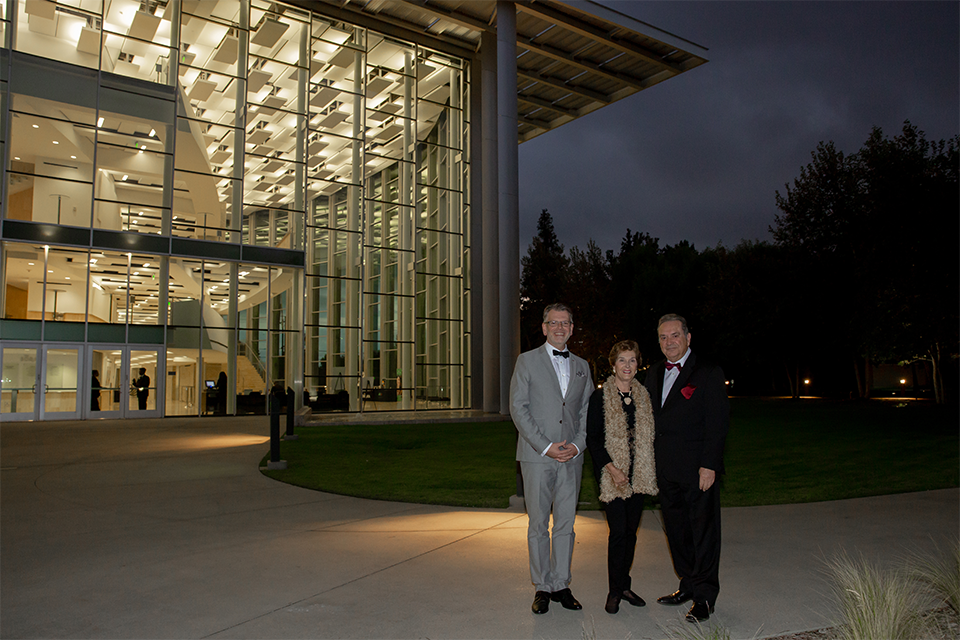 The philosophy of mentoring is one Barbera embraces passionately. His Barbera Foundation sponsors educational initiatives that foster an appreciation of history and culture and has supported programs at colleges such as Pepperdine University, Thomas Aquinas College and others within the California State University system. At CSUN, Barbera’s largesse has benefitted a range of interests: the Michael D. Eisner College of Education; the Mike Curb College of Arts, Media, and Communication; The Soraya; and most recently the Department of Modern and Classical Languages and Literatures (MCLL) in the College of Humanities. The Foundation’s primary focus now is, appropriately, the Mentoris Project Pilot Program (MPPP), mentoris is Latin for mentor, and CSUN is the first university site of the project’s implementation.

The MPPP is, literally, a novel way to expose students to the achievements of Italians and Italian-Americans throughout history. Biographical novels (fictionalized accounts of true figures that weave factual and historical details together with fictional elements) are the basis of the extra-credit program, providing students with engaging accounts of Italians whose lives have had a lasting, positive impact and who may inspire students to make their own mark. Linking the MPPP to an existing Italian Studies program at CSUN enables students to access information in a streamlined way.

The idea for the Mentoris Project began when Barbera, as a contributor to (and later, the publisher of) the L’Italo Americano newspaper, a biweekly U.S. publication dedicated to promoting and preserving Italian heritage and culture, concluded that the profiles he wrote deserved a more in-depth treatment.

“I wanted to know about their whole life, from childhood. And I wanted the books to be written a certain way. I had a real itch — how best could I engender the understanding of Italian American contributions?” said Barbera. Thus was born the idea of finding writers to research and write novels about great Italian or Italian-American men and women who, as scientists, creators, inventors or explorers, had enriched the world. Barbera’s myriad connections throughout the business community (his livelihood is real estate) and various Italian organizations have facilitated access to the writers.

Another connection, at CSUN, proved to be fortuitous. Barbera had known Patricia Miller, a professor in the MCLL Department, for 30 years. “When I began at CSUN, I realized that, to keep the Italian program strong, we needed Italians in Southern California to become involved,” said Miller. “We put out feelers to various clubs, and Robert has always been extremely involved with the Italian community. He has sought to keep the language and culture alive for future generations.”

In 2018, Miller suggested Barbera showcase his Mentoris Project at CSUN’s International Education Week, where Barbera had been invited to speak. The attendees’ interest was encouraging and prompted Miller to ask Barbera if the books could be part of the Italian Studies program. “I wanted something that was educational, but also enjoyable to read, and these books could help students see that their study of Italian was not in a bubble,” said Miller. 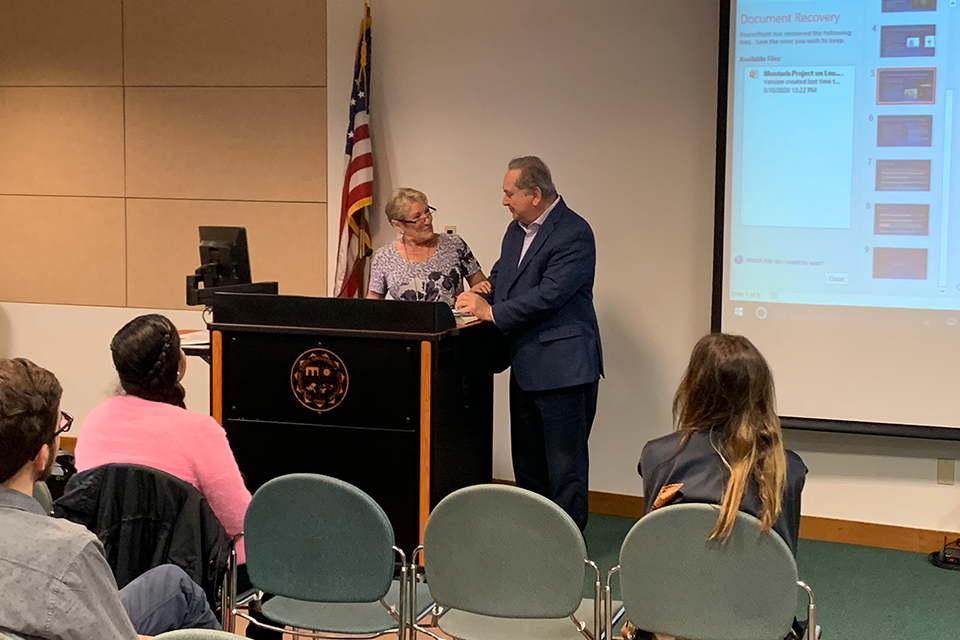 She suggested to Barbera that they float a pilot program at CSUN, in which the students would read the books, write about their chosen topic and present their material at a juried conference with monetary awards. “I wrote the proposal, worked with the director of development in the College of Humanities, and, with financial support from Robert, we got the MPPP off the ground.”

The pilot project launched in late 2019, starting with the allocation of space for the books (e-books are also available) and program administration. A curriculum was designed. And, within a few months, Miller pulled off the seemingly impossible: the staging of the first Annual Mentoris Symposium on March 12, 2020, in the CSUN Library.

Prior to the symposium, 13 students had submitted papers about the book they had chosen and were required to address a number of items, including their reason for choosing the book and how the book related to their field of interest. Three judges, all CSUN professors in the MCLL Department, chose five finalists who presented their papers orally at the symposium and were awarded cash prizes. Top honors went to Margaret Duggan, whose book choice was “Grace Notes: A Novel Based on the Life of Henry Mancini;” and John Tucker, who read “Harvesting the American Dream: A Novel Based on the Life of Ernest Gallo.”

Barbera gives Miller kudos for her ability to mobilize resources so quickly; Miller lauds Barbera as a true philanthropist. “Robert doesn’t just give money — he commits to things,” said Miller.

Although the pandemic has introduced unforeseen challenges to the continuation of the MPPP, Barbera indeed remains committed to its presence at CSUN and envisions a broader inclusion of other colleges or universities. Miller, too, is optimistic about the program’s future and has full intentions of bringing the second Annual Mentoris Symposium to life.

“Robert’s ongoing, generous commitment and support has made a tremendous difference to many areas within our university,” said Robert Gunsalus, CSUN Vice President of University Relations and Advancement and President of the CSUN Foundation. “This gift makes possible yet another transformative and innovative opportunity, which, ultimately, is a lifetime investment in our students’ futures.”