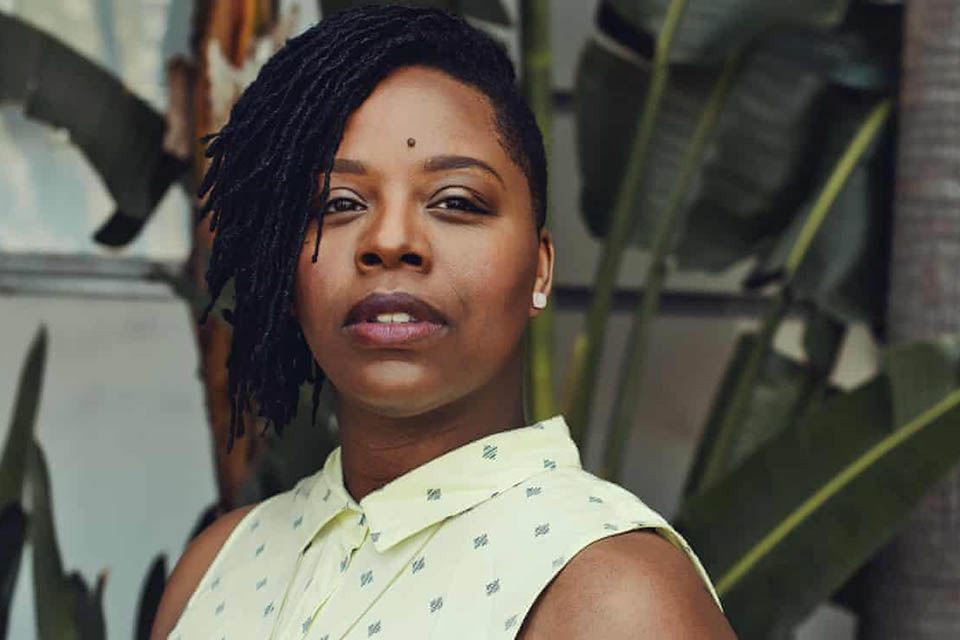 CSUN leaders — and keynote speaker Patrisse Cullors, co-founder of the Black Lives Matter movement — welcomed the school’s newest students on Sept. 30, acknowledging the unprecedented, pandemic-challenged path they took to become part of the Matador family, and encouraged them to keep pushing toward their goals.

Overcoming hurdles “like no other” demonstrates the resilience and determination necessary for lifelong success, CSUN President Erika D. Beck said, applauding those attending the annual New Student Convocation, which took place on Zoom.

“Though the pandemic has transpired at the same time for all of us — and it is most certainly not over — we have experienced it in deeply personal ways,” she said. “For our freshmen, the conclusion of your high school experience was most certainly not as you had imagined it might be or as any of us would’ve hoped for you. But despite the challenges, your resilience prevailed and you’re here. Gaining admission and enrolling in college is not easy, even in the best of times. You have achieved it, even while navigating truly extraordinary circumstances.”

Like the students she addressed, keynote speaker Cullors knows all about challenges. The San Fernando Valley native began the Black Lives Matter movement with a hashtag in 2013, in response to the acquittal of George Zimmerman in the shooting death of Trayvon Martin in Florida. The movement has expanded since into a global foundation. Cullors also has led Los Angeles-based organizations such as Dignity and Power Now, Justice LA and Reform LA Jails. She was named one of Time Magazine’s 100 Most Influential People in 2020.

Cullors began by reading from the first chapter of her book, “When They Call You a Terrorist: A Black Lives Matter Memoir,” which is CSUN’s Freshmen Common Reading selection for 2021-22. Her intent was to set the stage for what led her to become an activist, artist and abolitionist — a background many CSUN students would find familiar, she said. She described the hardships of her childhood during the height of the nation’s wars on drugs and gangs in the ’80s and ’90s, growing up poor in public housing designed for transients.

Her father was in and out of their home, in and out of their days, she said. By the time Cullors was 6, he had left for good. As she got older, she witnessed her brothers and their friends harassed by police “for doing absolutely nothing but talking,” while a known white drug-dealer, the brother of one of her good friends, managed to operate and “not be criminalized” in nearby, affluent Sherman Oaks.

“So much of the system we live in right now and what we’re witnessing with policing and violence comes from the last 30 years of being trained as a community that punishment and revenge is actually how we should be centering people’s lives.”

Each fall, the convocation brings together freshmen and transfer students as they begin their collegiate careers on the CSUN campus. It’s a chance for university leaders — including Vice President for Student Affairs and Dean of Students William Watkins and Vice Provost Matthew Cahn — to provide a healthy dose of encouragement, tout opportunities for academic and extracurricular involvement, and, perhaps most important, express how the university is focused on helping them succeed in the classroom and in life.

Jonathan Hay, Associated Students president and a senior, also addressed the newcomers, encouraging them to be open to new things and make themselves vulnerable.

“You’ll learn more outside the classroom than you will in it,” he said. “College isn’t easy. You’ll experience hardship and pain, but you can overcome anything. The will of a Matador is strong.”