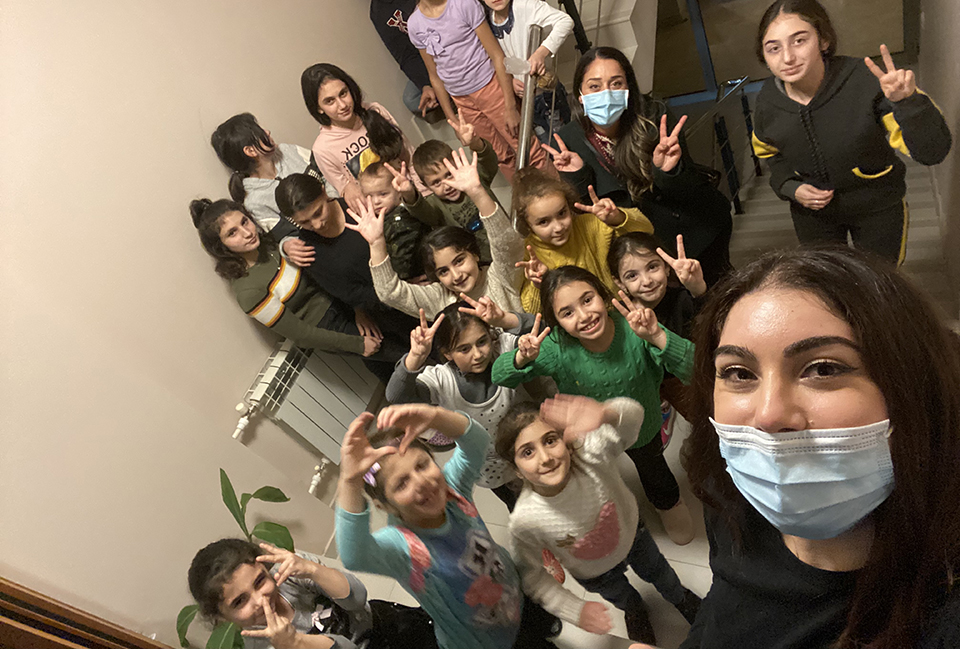 They are stories California State University, Northridge criminology and justice studies lecturer Megan Mangassarian will never forget: Women and children fleeing bombings and drone attacks in the middle of the night, with no time to grab shoes or jackets. The young mother who still doesn’t know if her husband is dead or a prisoner of war after he volunteered to fight against the latest incursion by Azerbaijan forces.

Mangassarian is part of a team of lawyers in the United States and Armenia who founded the nonprofit Center for Truth and Justice earlier this year to document the stories of Armenian civilians caught in the latest conflict between Armenia and Azerbaijan.

“When the war started, everyone in the U.S. Armenian community wanted to help,” Mangassarian said. “Everyone tried to figure out what their skillset was and in what way they could use those skills to help those being impacted by the war. We decided, as a group, that we were going to preserve testimonials and evidence of the war so that these stories never get lost.” 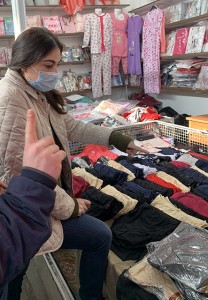 A tenuous ceasefire negotiated by Russia last November halted a 44-day war over the disputed region of Nagorno-Karabakh, known as Artsakh by Armenians. Who has control over Nagorno-Karabakh has been the subject of often violent clashes between the two countries since the early 20th century. At least 6,500 people were killed, including dozens of civilians, in the latest conflict, which has forced thousands from their homes and led to the destruction of churches and other historical sites that date as far back as the fifth century.

Mangassarian and her colleagues at the Center for Truth and Justice are drawing on their professional expertise in collecting evidence and interviewing witnesses to preserve the accounts of the Armenian civilians caught in the middle of the latest conflict, for possible future court cases and to memorialize what has happened.

“There really is pressure to make sure that we are doing everything the right way, making sure we are following all the legal requirements and that we conduct ourselves with dignity and integrity, and with respect for what these people have gone through,” she said.

Mangassarian, who earned her bachelor’s degree in sociology, with an emphasis in criminology and criminal justice, from CSUN in 2012, teaches victimology — the study of the psychological effects on victims, relationships between victims and offenders, and the interactions between victims and the criminal justice system — as well as ethics in the criminal justice system, at CSUN. As a lawyer, she specializes in working with women and children who have been the victims of violence and sexual assault. She drew on those experiences for her work with the center. 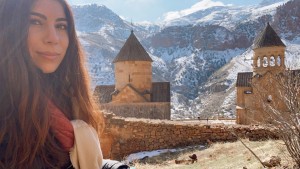 She traveled to Armenia last winter to see firsthand what survivors of the conflict were going through. She returned shortly thereafter to set up the Center for Truth and Justice as the country director for the organization.

During one of those trips, Mangassarian visited a hotel that was hosting more than 100 refugees from the conflict.

“While the hotel could give them a place to stay for free, it couldn’t give them everything they needed,” she said. “There were mostly women and children who fled their homes with practically nothing but the clothes on their backs. Some didn’t even have a chance to stop for shoes or jackets, or any form of identification.”

While Mangassarian was bringing clothes for the families, women would ask her if she had any underwear she could give them.

“My mind was blown,” she said. “It’s winter and we think we need to get them shoes and jackets so they don’t freeze. But they needed more than that. They needed the basic necessities — underwear, feminine hygiene products, diapers. They were displaced families, wives and mothers who had no idea where their sons and husbands were.”

Recognizing the need, Mangassarian, outside of her work with the center, spent time connecting the refugees with agencies and individuals who provided them with the goods they needed.

“I did my own fundraising for jackets and shoes and then specific items like underwear — and delivered them myself in various regions,” she said. “I also did a photoshoot for all of the kids and used that to create a sponsorship program to connect these families with U.S. families. Each family in Armenia was assigned a U.S. family as a sponsor to continue to help meet their needs.”

Mangassarian said CSUN’s virtual-learning environment, due to the pandemic, provided her the opportunity to continue teaching her classes while she was in Armenia.

“I would share with them where I was and what I was doing,” she said. “One of the subjects I teach is victimology, and I was able to use what I was doing in Armenia to give them a first-hand look at the importance of understanding and respecting the needs of the victims of violent crimes, and how to advocate on their behalf.”

They were lessons she also shared with the Armenian law students working with the center to document the stories of civilians impacted by the conflict.

“It’s a rare opportunity for law students to train with attorneys from another country, to expand their understanding of law and gain another country’s perspective of how law works, particularly in the relatively new field of victimology,” Mangassarian said. “I feel honored that I was able to do that, not just with the Armenian students I was working with, but also to share what I was doing with the students in my classes at CSUN.”

Armenia, Azerbaijan, Center for Truth and Justice, College of Social and Behavioral Sciences, Department of Criminology and Justice Studies, Featured