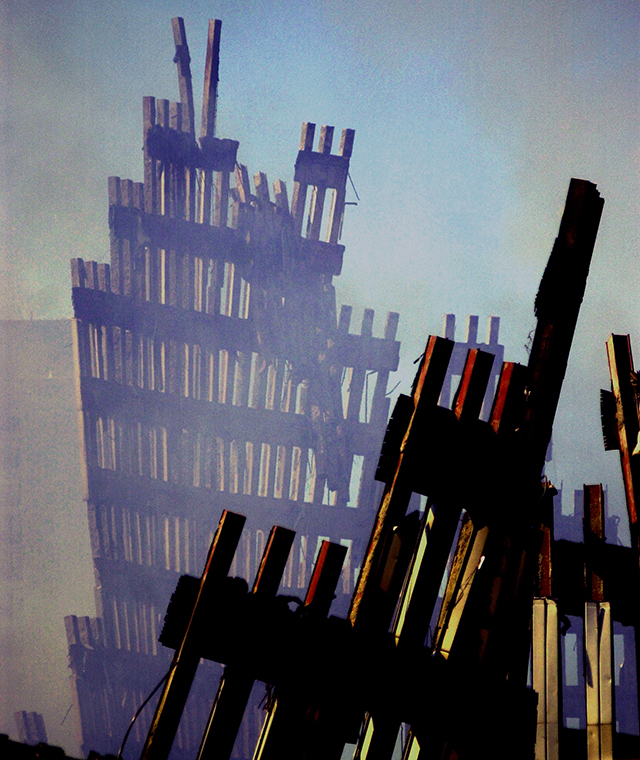 In recognition of the 20th anniversary of the Sept. 11 terrorist attacks, CSUN Today is republishing this story, which originally published on Jan. 2, 2018.

CSUN alumnus and photographer Ringo Chiu ’01 (Special Major), who was a student at the time, traveled to New York City to document the aftermath of the attacks. In 2021, Chiu was one of two CSUN alumni to be awarded a Pulitzer Prize — along with Julio Cortez ’06 (Journalism), part of 10 Associated Press photographers honored with a 2021 Pulitzer Prize in the Breaking News category. In total, five CSUN alumni have earned journalism’s top prize.

Reflecting on the anniversary this week, Chiu said:

“I will always be proud of myself for making the decision to cross the country and cover the aftermath of the collapse of the World Trade Center. I cherish the fact that I can tell my sons that my most memorable story was witnessing history in the making. I was never given an assignment to go and cover the 9/11 tragedy, I just told myself to ‘just do it, or you’ll regret it.’

“After returning home from New York City, I have continued to cover every year’s 9/11 terrorist attack memorial events in Los Angeles to remind those who might have moved on to not forget victims, including the first responders who went into the buildings, and to remind them of what happened in order to prevent this tragedy from happening again.”

The original story is below.

It was the morning of Sept. 11, 2001. The first of two planes had just crashed into the north tower of the World Trade Center. Ringo Chiu ’01 (Special Major) was sitting in a photography class at California State University, Northridge. That day, he and two classmates decided to go directly to New York City. 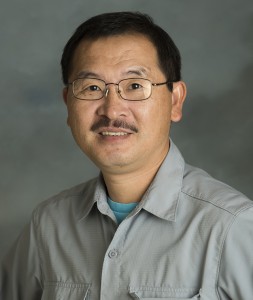 “My two friends and I drove 50 hours from Northridge to New York,” he said. “When we made it to NYC, we decided to get closer to the scene. Once we made it, the three of us parted ways into the chaos.”

A decade and a half later, the memory is still vivid for Chiu.

“Because of the tight security, I had to have my [camera] equipment hidden away and disguise myself as a volunteer,” he said. “I was able to shoot the scene from a very close distance, on top of a building.”

In the midst of the smoke, rubble and broken windows of surrounding buildings, Chiu captured the aftermath, both physical and emotional, of the World Trade Center attacks.

It was a defining moment for Chiu, who has since shot thousands of photos professionally, including nearly 15 years as a staff photographer for the Los Angeles Business Journal. Now, his innovation, dedication and extensive portfolio have been celebrated locally. In June, the Los Angeles Press Club named him one of eight SoCal Journalists of the Year for 2017.

Chiu said he is thankful for his CSUN education, where he learned to be a better photographer because professors emphasized that he had to be good at photographing all things, not just specializing in one area. A prolific photojournalist, Chiu’s portfolio features more than 2,000 photos. He has covered sporting events, natural disasters and protests — to name a few — and he’s captured influential figures such as David Beckham, Vin Scully, Kobe Bryant, former President Barack Obama and United States Sen. Kamala Harris.

Born in mainland China and raised in Hong Kong, Chiu got his start in photojournalism at age 19, when he landed a job at the Hong Kong Express newspaper, assisting the paper’s staff photographer from 1989-90.

“I would develop the film for the photographer and then make the prints,” said Chiu. “This was really good experience for me, because I could see the negatives, see different photographers with different styles and learn from them.”

In 1995, his dedication to his photojournalism career landed him the position of chief photographer at Sing Tao Daily, the biggest paper in Hong Kong at the time, he said.

The award-winning photographer met his wife, Kam Ho ’00 (Management Information Systems), in high school. The couple married in Oct. 1995 and moved to Los Angeles in December of that same year, to pursue their dreams of higher education. At first, Chiu faced many challenges, including a language barrier: He did not speak English.

Once in LA, he and Ho enrolled at Santa Monica College, both eventually transferring to CSUN in spring 1996.

Chiu enrolled in what is called a “special major,” a major designed to meet the academic needs of CSUN students whose educational goals require study in three or more academic disciplines. These needs must also be unachievable within the framework of existing majors or minors, or within 120 units.

For him, those disciplines were photography, English and journalism. Chiu said he still fondly remembers his time on campus.

“I’m glad I came here,” he said of CSUN. “My professors helped me so much, and the students and staff here are really amazing.”

Since he had comprehensive professional experience by the time he enrolled at CSUN, Chiu was able to work with professors to establish a unique curriculum and take classes in different areas.

Covering the Sept. 11 attacks, he said, is still one of his most memorable experiences.

“The self-motivation of having traveled from LA to NYC without having been assigned to [cover] the historic tragedy [made] me very proud that I made the journey,” he said.

But if there were one thing he could add to his portfolio, Chiu shared, it would be a solo shot of Obama.

“I saw Obama a lot, but it wasn’t personal,” he said. “Obama is very casual, and I believe if we had a photo shoot, he would have a lot of emotions and actions for me. It would be fun.”

For aspiring photojournalists, he offered the following advice:

“Before you choose photojournalism, you really need to think about it a couple of times,” Chiu said. “The future is tough. You must have the passion. It’s not an easy job, [and] you have to give up a lot of personal time — but it’s a fun job.”

More of Chiu’s work is view at his online portfolio.