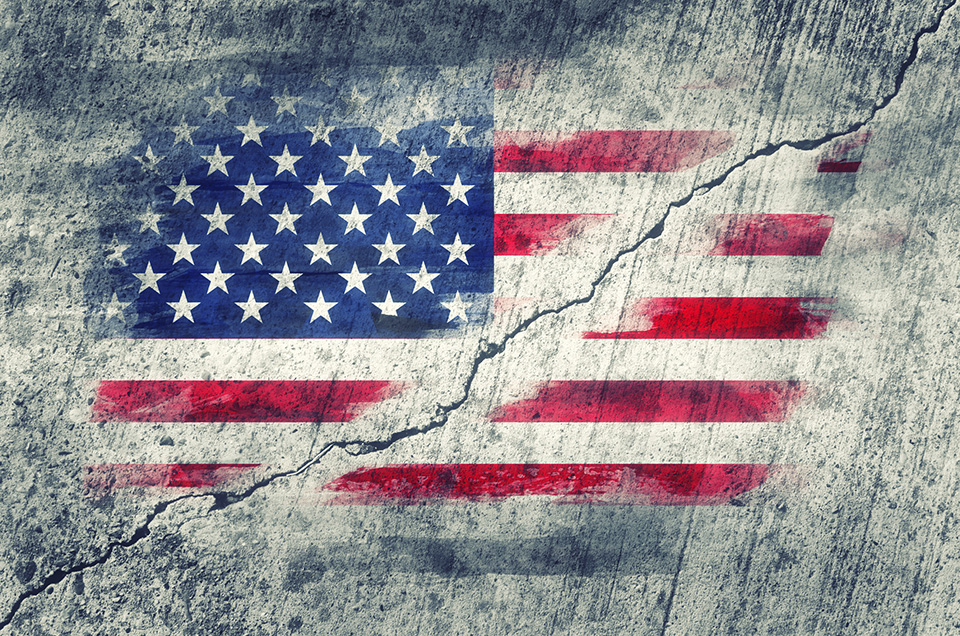 CSUN political science professor Tyler Hughes says elections in the U.S. have devolved into sporting matches of “us vs. them.” Photo by natasaadzic, iStock.

Elections in the United States have devolved into sporting matches in which politicians campaign with an “us-versus-them” mentality, often to the detriment of the interests of many Americans, according to California State University, Northridge political science professor Tyler Hughes.

Hughes said he expects the partisan rhetoric to escalate as Election Day nears.

“Elections in this country have become deeply entrenched in ‘Democrat versus Republican,’” he said. “They are less about ‘me winning and more about my rivals losing.’ It’s akin to sports fandoms in this regard.”

The “us-versus-them” tensions have escalated over the past 20 years as the ideological divide between the parties deepened. For decades, he said, the polarization between the two parties was mostly caused by Republicans moving farther to the right. After 2016, the Democratic Party displayed a similar shift to the left.

“The party leadership had to make a decision,” Hughes said. “They could continue courting more ‘moderate’ or ‘independent’ voters, or they could make the strategic decision to move the platform to left, bring in more liberal voters, and create the largest coalition possible.

“They recognized that the time had come for change,” he said, adding that change has not always been easy for the old guard of the party.

“But if they want to win elections in the future — not just now, but five, 10, 20 years from now — then they need to embrace the changing face of the party,” he said.

Hughes noted that as the United States’ demographics continue to become more diverse — according to U.S. Census data fewer than half of Americans under the age of 16 are white — the nation’s political parties have to demonstrate they are capable of representing the interests of all Americans.

“That puts the Republican Party, strictly from a coalition-building standpoint, between a rock and a hard place,” he said. “Yes, they won the White House in 2016 — by a very small margin. But how will they win in the future? The Republican Party won in 2016 by focusing on its base of non-college-educated white voters. That was a successful campaign in that it won the electoral college, but the same strategy won’t work in future elections.”

“They courted voters by using rhetoric that was, to put it bluntly, bigoted,” Hughes said. “They continue to build their campaign strategy around coded language that disparages racial, ethnic, gender, religious and sexual minorities”

“Republicans are doubling down on their strategy in 2020 to win in the short term,” he continued. “But it’s a strategy that courts a shrinking portion of the electorate, while simultaneously distancing the party from a growing part of the electorate. This is not a winning strategy.”

Americans in general, he noted, may not see their party in terms of these broad coalitions, but everything voters perceive in politics is filtered through partisan and ideological preferences.

“Partisan labels have become a source of identity in America. It’s one of the many ways we define our allies and, more importantly, our opponents,” Hughes said. “These identities will be very much on display in 2020, and, just like in sports, there’s no middle ground between you and your biggest rival.”