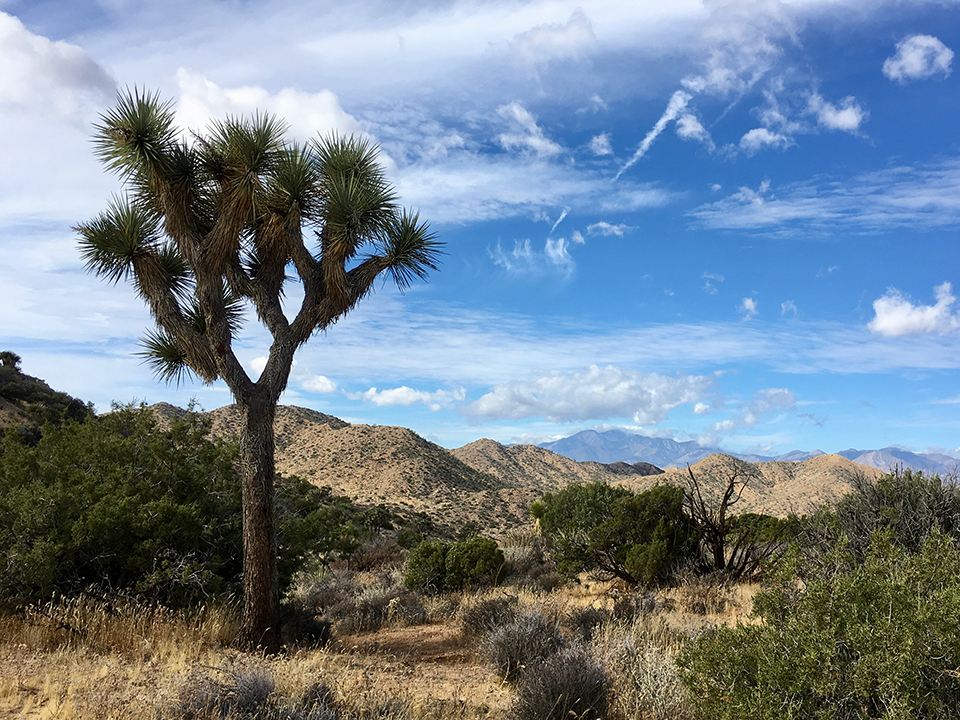 In an effort to stave off the potentially devastating effects of an increasingly warmer climate on the Mojave Desert’s distinctive Joshua trees, California State University, Northridge evolutionary biologist Jeremy Yoder will be spending part of the spring semester collecting tissue samples from 300 trees across the desert.

The goal is to produce a genetic map of the Joshua trees that will allow scientists to identify genetic variances in the species. That information will provide insight into which of the trees are more adaptable to climate change. The genetic dataset would be the first of its kind for the keystone desert species, and could serve as a model for genetically informed desert conservation.

“Joshua trees already exist in a wide range of extreme climate conditions,” Yoder said. “If we get the genomic data from as broad a sample of Joshua trees in the Mojave Desert as possible, we can see if there is genetic variation the correlates to those already existing conditions. If there is genetic variation in the species that can handle the warmer climates, we can use that information down the line. It will inform projects like replanting the Joshua tree habitat after something like a fire or a weather disaster. And conservation organizations can use the information to determine which Joshua tree seeds are likely to do well in future climates.”

Yoder’s project is being funded through Wild Genomes, a Revive & Restore competitive grant program designed to accelerate the adoption of genomic sequencing and tissue biobanking for applied wildlife conservation. Sausalito-based Revive & Restore is the leading conservation organization promoting the incorporation of biotechnologies into standard conservation practices.

Yoder noted that Joshua trees, with their distinct branches that end in spiky leaves and white, rounded flowers, often remind people of a Dr. Seuss illustration. They provide a habitat for numerous birds, mammals, insects and lizards.

“We know the Mojave Desert has gotten hotter and drier since the beginning of the 20th century,” Yoder said. “While an adult Joshua tree is pretty robust — they have the ability to store water and power through a drought — seedlings, baby Joshua trees, are more delicate.”

He said conservationists have noticed fewer seedlings in parts of the Joshua tree habitat.

“There are places where there may be lots of adult Joshua trees, but there aren’t any babies,” he said. “The lack of seedlings may indicate that rising temperatures are already having an impact.”

Couple that with plans to develop parts of the desert — including proposals to build renewable power plants in the Mojave — “and there are a lot of reasons to think that Joshua trees could be in trouble,” Yoder said.

“This is a really good time to start genetic biobanking,” he said.

What that means, Yoder said, is that he and a team of students will spend part of the spring semester collecting seeds and genetic data from as many Joshua tree populations in the Mojave Desert as possible.

“Basically, we are going to build a genomic inventory for Joshua trees,” he said. “We can use that as a starting point for examining the genetic code of the trees, and use that information to determine which variances can survive in a warmer climate.”

While Joshua trees have yet to be declared an endangered species by the federal government, they are being considered for protection under the California Endangered Species Act.

“But conservation efforts need to start now,” Yoder said. “If we wait, there may be no seedlings for us to plant and protect.”