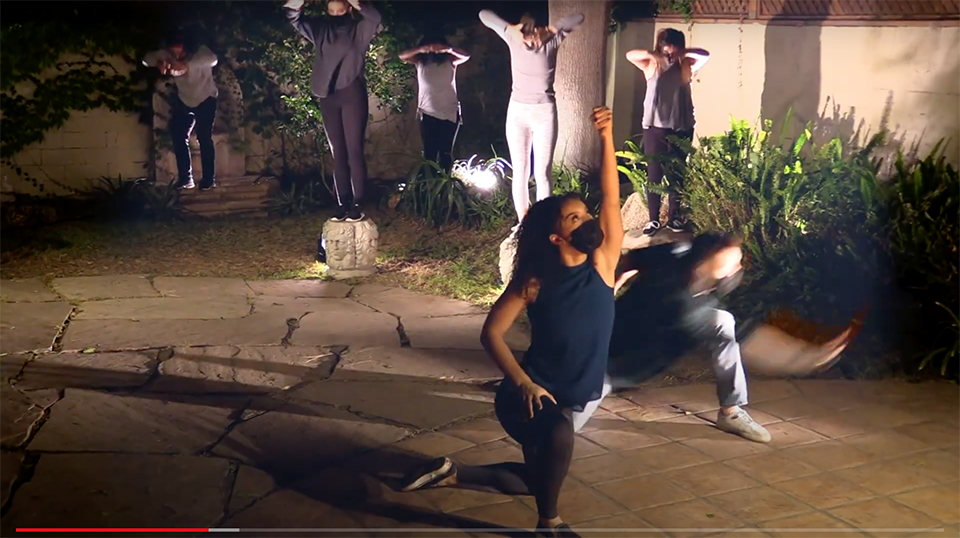 CSUN is participating in a series of virtual concerts by multiple California State University dance programs. CSUN’s dance film, “Lux Aeterna,” will be shown virtually on Dec. 4 as part of the series.

“Lux Aeterna” is a dance film that involved 44 student participants and focuses on darkness and light during these troubling times, according to CSUN kinesiology professor Paula Thomson. All filming followed COVID-19 safety protocols, Thomson said.

This is the first virtual series of dance performances featuring all of the CSU dance programs.

To make up for the loss of live shows during the pandemic, faculty from the CSU dance joined forces to create a CSU-wide virtual dance concert that is taking place over three Friday evenings. The first show was Nov. 27; the third show will take place Dec. 11.

The Dec. 4 show can be viewed at 7 p.m. on the CSU Dance Collective’s YouTube page.

CSUN’s dance program also has a YouTube channel, where viewers can see “Lux Aeterna” and another project, called “Missing.”