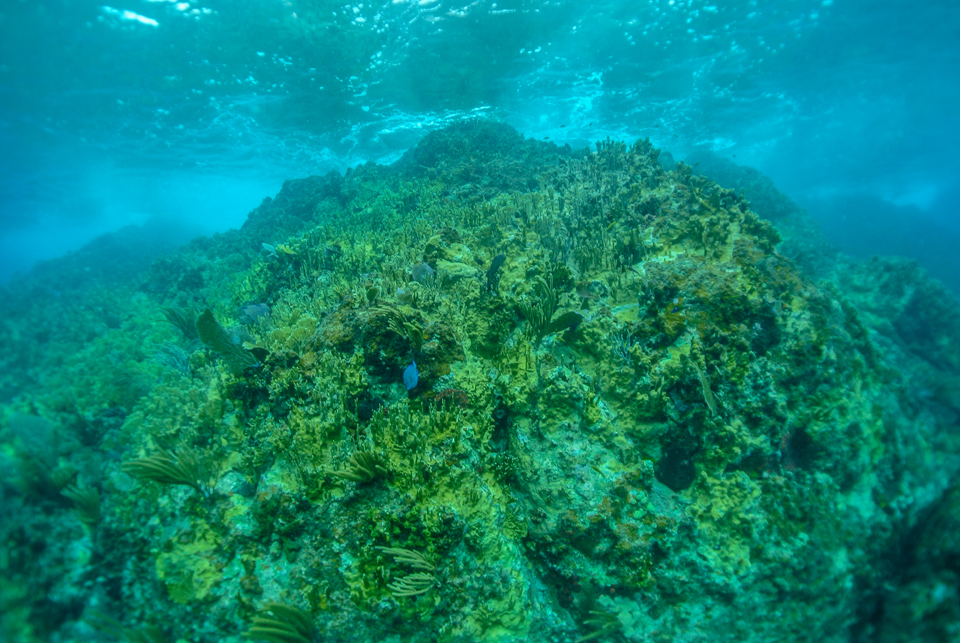 CSUN marine biologist Peter Edmunds said Caribbean fire coral (above) thrives when others die because of its unusual ability to grow in two forms, Photo courtesy of Peter Edmunds.

Every year for the past 30 years, California State University, Northridge marine biologist Peter Edmunds has traveled to the Caribbean island of St. John in the U.S. Virgin Islands to document the life history of fire coral on nearby reefs.

In recent years, he has had grants to pay for the research, but he tapped into his savings to cover the expenses at the start of his project. When the COVID-19 pandemic hit, he worked closely with university officials to establish safety protocols to ensure his efforts to chronicle the life of the St. John fire coral continued.

“This is more than just a story about fire coral because in that environment, space is a limited resource,” Edmunds said. “If you’ve got it, you’re doing well. If you don’t have it, you want to get it and have to fight for it.     Imagine a wall is your marine environment and stuff is duking it out on the top to gain that space. The species that holds the space becomes the winner. One of the ways that organisms do that is through the strategy of shape. What shape do they have? How do they use that shape to exploit that space?”

In the battle over the limited space on the shallow reefs of St. John, Edmunds has declared fire corals — with their ability grow either as sheets or trees — the winner. 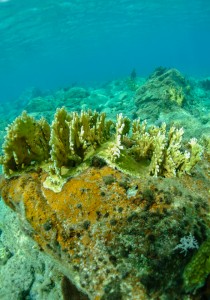 In the battle over the limited space on the shallow reefs of St. John, CSUN’s Peter Edmunds has declared fire corals (above) — with their ability grow either as sheets or trees — the winner. Photo courtesy of Peter Edmunds.

“They have a strategy that allows them to spread when they can, allows them to produce  branches when they can, and how they exploit that determines their fitness,” he said. “Fire coral have been around for millions of years and what they are doing is pretty darn successful. I would posit that having gone this far, they are actually now poised to be somewhat the inheritors of the reef, while other corals, particularly stony corals, die back.”

His findings, “Persistence of a sessile benthic organism promoted by a morphological strategy combining sheets and trees,” appear this month in the prestigious Proceedings of the Royal Society B, one of the world’s leading biological research peer-reviewed journals.

Edmunds’ work builds on a seminal 1979 paper published by respected ecologist Jeremy Jackson, emeritus professor at the Scripps Institutions of Oceanography, senior scientist emeritus at the Smithsonian Institution and visiting scientist at the American Museum of Natural History Center for Biodiversity and Conservation. In the 1979 paper, Jackson argued that an animal’s shape is important to determining its survival rate in a marine environment.

“I was able to take the data I have collected for every year for the past 30 years for an organism that has this unusual strategy of using its shape, and I was able to place it in this theory articulated by Jeremy Jackson — it’s super cool,” Edmunds said, adding that his research leaves questions about how the fire coral knows when to spread out their sheet form to take over space left by a dying sponge or when it’s a good time to grow upward in their tree form.

“These are some of the classic evolutionary questions that we are still unable to answer,” he said. “Hopefully, my research over the past 30 years can contribute some of the answers.”

Fire coral — that get their name from the red, burning rash they leave when brushed against — have a plasticity that allows them to change their colony shape depending on the environment. 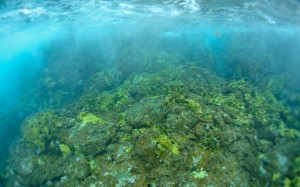 Fire coral have a plasticity that allows them to change their colony shape depending on the environment. Photo courtesy of Peter Edmunds.

“Trees allow you to stick up in the water column (a vertical expanse of water stretching between the surface and the floor of a body of water) and exploit the water,” he said. “But having a lot of trees is a real burden when hurricanes come because those branches can break, which happens to a lot of corals. Fire coral puts up branches but, when their branches get broken off, they’ve still got a base — a base that looks like somebody took a paintbrush of thick, viscous brown paint and spread it all over the rocks and it does not come off. That base just chills out during the hurricanes, maybe gets dinged here and there, but it chills out and survives.”

Fire coral enjoy the “best of both worlds,” Edmunds said.

“When it’s not stormy, they can produce branches and exploit the light and plankton in the water,” he said. “When it’s storming and everybody gets beaten up, it loses its branches but its still got its sheets, which it can use to spread out and claim more territory.”

Edmunds used the analogy of studying in a library.

“You want a quiet table to study at, so you put your water bottle in one area and your pencil case in another, and you sit in the middle because you don’t want people to bother you,” he said. “You feel you’ve got a bit of space because you’ve taken these spots over. But you want more space, so when this person leaves for lunch, you put your backpack over there. The fire coral is able to do the same thing. If, say a sponge dies on the reef, it simply spreads out and takes over the sponge’s spot.”

Edmunds is quick to point out that his study does not mean that coral reefs are in great shape, noting that these marine ecosystems cannot survive with just one coral species.

“This is definitely a little bit of rearranging of the deck chairs on the Titanic — the ship is inclined and sinking, and the deck chairs are sliding off,” he said. “But I think it’s very valuable to keep talking about the things that are positive, to focus on cool biology to keep people engaged because it moves that broader agenda ahead. There’s a lot in the environment to be excited about, and just maybe, with what we learn, we can slap a patch on the Titanic and keep it from sinking.”