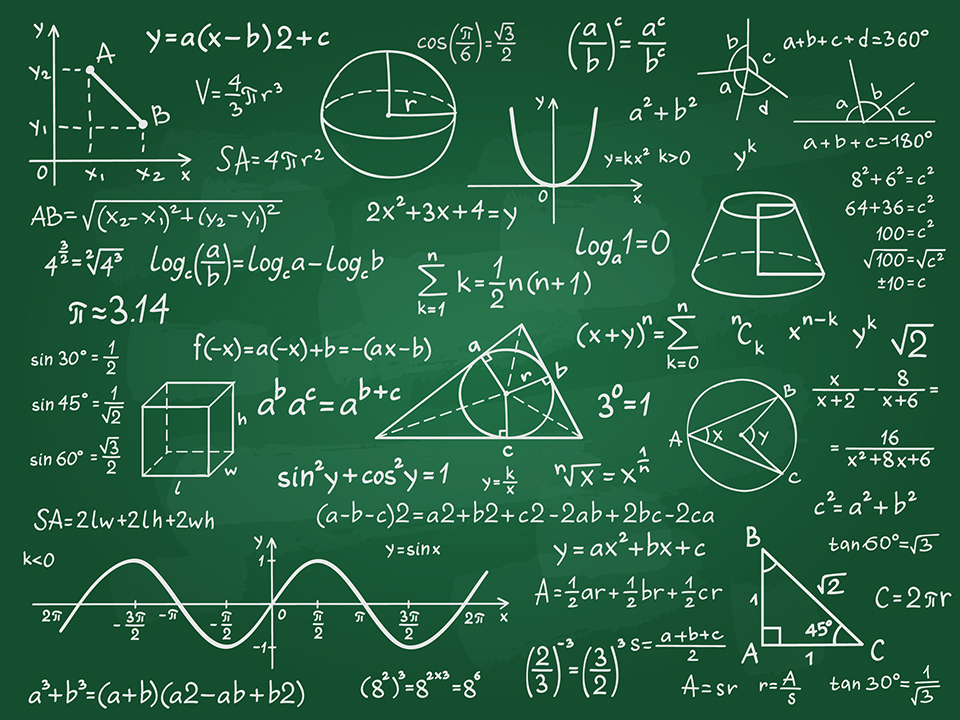 CSUN education professor Ivan Cheng has developed a new way of teaching mathematics that is raising student scores on state tests and has closed the achievement gap between English learners and their non-English-learning counterparts in eighth-grade mathematics. Image courtesy of Ivan Cheng. Image by Tetiana Lazunova , iStock.

Math is often the one subject that can make a difference in whether a middle or high school student feels like an academic success or failure. It doesn’t have to be that way, according to Ivan Cheng, a secondary education professor at California State University, Northridge.

Cheng has developed a new way of teaching mathematics that is raising student scores on state tests and has closed the achievement gap between English learners and their non-English-learning counterparts in eighth-grade mathematics. 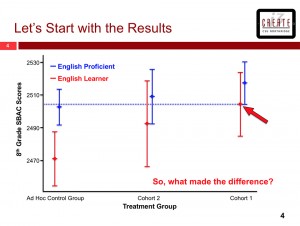 Cheng and his colleagues are hoping their new way teaching math will inspire students and teachers. Image courtesy of Ivan Cheng.

“Our traditional math classes begin with formalisms that mathematicians invented over centuries and millennia, and we start the lesson by saying, ‘Here’s how you do it, now you go do it the way I showed you,’’’ Cheng explained. “The kids have no understanding of what is going on, and that has led to a dismal performance in California, where the average percentage of students proficient on the state test in math is about 36 percent for all eighth graders and less than 6 percent for English learners.

“You need to attach the math to something so it has meaning,” Cheng continued. “I am trying to provide meaning and understanding within the math representations. You don’t start with the formal representations. Yeah, they mean something to mathematicians because it took mathematicians thousands of years to get there. We just expect kids to jump to the stage of what I call the ‘punchline of the joke.’ We tell kids the punchline first, and then expect them to go back and tell the joke. They need to know the joke before they can get to the punchline.”

With the grant, Cheng trained teachers in using a free educational software called Desmos to develop lessons that provided pathways for students to understand connections and recognize relationships in the concepts they were trying to learn, using multiple representations of the same mathematical ideas — whether being challenged to find a mystery number by playfully moving the lines on a graph in a lesson on slopes, or coming up with their own verbal expression for a mathematical problem of their own creation in a lesson on graphs. The teachers also met regularly with a coach in a collaborative cohort to share and to discuss engaging lesson activities using Desmos.

This new way of teaching math focuses primarily on students learning to make sense of mathematical relationships, rather than just the procedure for getting a correct answer.

“Our approach to guided discovery is built on the principle where experimentation, hypothesis testing, and trial and error are all part of the nature of the lesson,” Cheng said. “Through the dozens of activities that we and the teachers have created, we allowed the kids to develop agency over their own learning, rather than just repeat what the teacher told them to do.

“In that situation, if they don’t do if perfectly, they get a low grade and their self-esteem is destroyed because the whole paradigm is built on how well you can replicate what the teacher said to do,” he continued. “Teaching and learning about math should not be about knowing how to get a textbook answer in a textbook way. What we want is to promote listening and sense making, thinking and justification. That old approach was fine for a different era, but this is 2021. We need people who can think and who can look at something and make sense of it, and be able to interpret it and extrapolate from it.”

Cheng’s new approach to teaching math was assessed in a randomized controlled trial that analyzed almost 7,300 eighth grade SBAC scores from nine districts across California, and it was found to have a statistically significant positive effect — raising test scores by as much as 33 points on the state test — in the groups using the new method compared to the group taught by traditional means, said Appelrouth, who conducted the assessment of Cheng’s approach, along with Ainsworth and Xie.

“More impressively, it eliminated the achievement gap that exists currently between English learners and non-English learners,” Cheng added. “Our pedagogy, coupled with the use of available technology and our coaching model, has made a real difference in real classrooms under everyday conditions faced by teachers. This has tremendous implications for how schools and districts can support teachers to increase student achievement, particularly for those students that have been historically unsuccessful. Our approach focused on getting through to the students, rather than getting through a curriculum. This student-centered focus was what helped teachers shift their practices.

“Students feel like a failure when they don’t get it, and that feeling of failure can spread to other subjects, and, before you know it, they actually are failing everything and may even consider dropping out,” he said. “I really wanted to turn the equation around, to create something that they can succeed at, particularly our most vulnerable students — English learners and economically disadvantaged students. They need this. The way math is taught right now, success is often limited to the privileged. I want to open it up so everyone can succeed.”