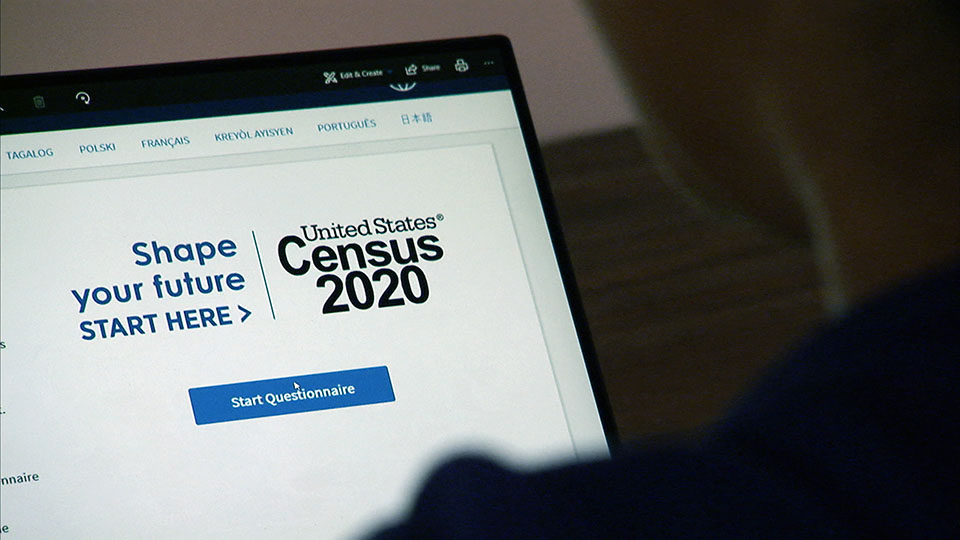 Every 10 years on April 1, the United States government conducts a nationwide census to count its population and determine other characteristics of the people who live here, including their income, age and ethnicity.

So why should you, Matador, care about this national event in 2020?

This information determines the number of seats each state will hold in the U.S. House of Representatives and provides information to form the basis of other policy decisions.

The 2020 census is also making history: For the first time in the nation’s 243-year history, all households nationwide can complete the census by answering a questionnaire online. It can also be completed by phone or on paper, by mail. In mid-March, most households nationwide received a letter inviting them to complete the 2020 census. The Census Bureau wants people to complete the survey as soon as they receive this invitation. If an online or paper questionnaire isn’t filled out by the official Census Day, April 1, enumerators — also known as census takers — will contact households to conduct an interview by phone or videoconference.

For many college students, the 2020 census will be their first as an adult participant — and that leads to plenty of questions, said Rasoul Fadavi, a partnership specialist with the Los Angeles Regional Census Center. He sat down with CSUN Today earlier this year to discuss the census’ purpose, why it’s important to be counted and the security procedures used to protect such sensitive personal information. No other government agency has access to this information, Fadavi said.

Q: What data is the census collecting?

A: The decennial census (every 10 years) [is] where we count every single person in the United States, regardless of their status. We collect … basic information, such as age, location, gender and race.

Q: Why should I take part in the census?

A: It’s about the seats in the U.S. House of Representatives, because based on the information that we provide, the government then decides how many seats California will have in the U.S. House of Representatives. More important, it’s about the distribution of funds. So [through the federal budget, approximately] $675 billion every year is distributed to states and counties and the community’s vital programs, and it’s all based on the population count and the information that we provide to the government.

It will also help [the government] decide the boundaries of our legislative districts, and reapportion the seats in the Congress.

Q: What if I’m a Dreamer, DACA recipient or international student?

A: The international students that are studying here, they’ll be counted here. The students who [study] overseas — like an American studying in France, for instance — they’re not going to be counted [on April 1]. … Someone that is in the U.S. [when the census is being conducted], they should be counted.

Q: How will my data be protected?

A: The information that we get is encrypted.

The identity, personal identification and the statistics are also separately encrypted. We only release the statistics, we do not share any information that will identify any person or family to any organization, regardless if it’s government or private. It’s like a one-way street — we receive all this information, but by law, we cannot share this information with any agency at all.

There are laws that protect that information, like Title 13 and Title 5 of the U.S. Code, which [ensure] every census employee is … under oath to protect that information. If they violate that [protection], they could be fined $250,000 or go to prison for five years, or even both, depending on how much information was released. Federal law protects your census response.

A: The enumerators — people who conduct the census via interviews, with people who haven’t yet filled out the census online, by phone or by mail. Aside from them, the statisticians may have temporary access to it to just gather the information.

Q: Where will I be counted if I lived in the dorms, am homeless, or my permanent address is different from where I actually live?

A: For more information, please refer to https://2020census.gov/en/who-to-count.html. College students who live in on-campus housing are considered [living in] a “group quarter.” Our group quarter team will reach out to each location, and then they will come up with a plan. … There are different options [depending] on the different locations. At some of them, [the group quarter team] can allocate a day where they can drop off all the questionnaires [for students living there], and then they’ll pick up the completed questionnaires later.

For other students who are not in [campus] housing or dormitories — like, for instance, if your permanent address is out of state, but you’re staying with your aunt while you’re studying here and that’s where you live most of the time, that’s where you’ll be counted.

We also work with homeless shelters. … We do have people being trained to reach out to these communities. … Let’s say you are temporarily in a hotel. You don’t have a house, but you are living in the hotel in the meantime … that’s where you’ll be counted. That’s considered your place [where] you live most of the time.

We also have our teams that will reach out to … campgrounds, people who live in their cars, [fast-food parking lots], parks and places like that. We also get help from local organizations … to help [make a] plan to reach out to people and make sure they’re counted.

For more information about the census, visit https://2020census.gov