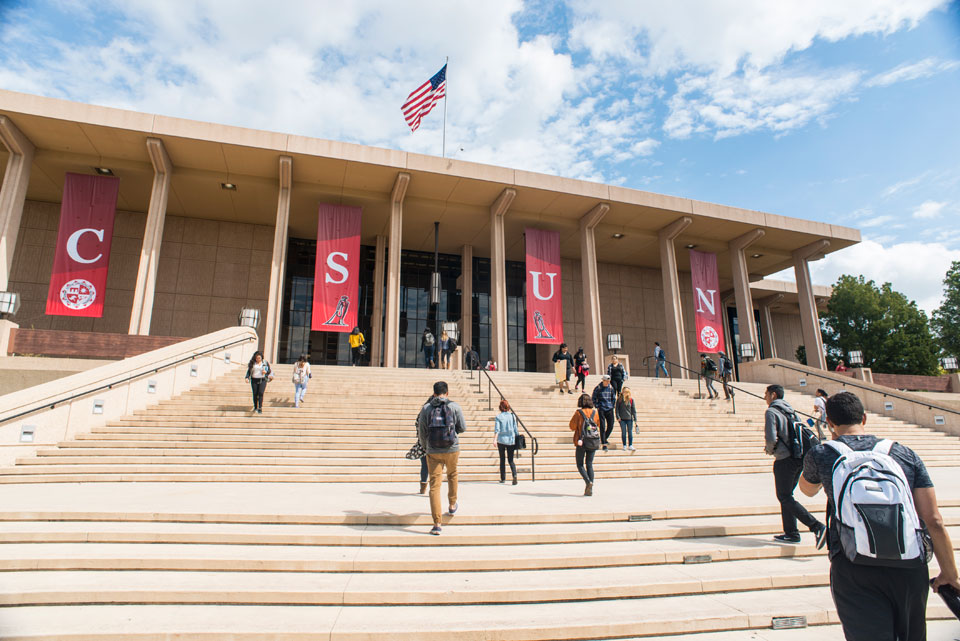 CSUN is one of only 35 institutions nationwide to be named a Fulbright HSI Leader in the first year that this distinction has been made.

California State University, Northridge is one of only 35 institutions nationwide to be named a Fulbright HSI Leader in the first year that this distinction has been made by the U.S. Department of State’s Bureau of Educational and Cultural Affairs (ECA).

Marta Lopez, director of CSUN’s International Programs and International and Exchange Student Center, said the university was honored to be part of the inaugural class of institutions to be named as Fulbright HSI Leaders.

“Fulbrights are highly competitive awards, and CSUN has been an active participant in Fulbright Group Presentation Sessions designed for Minority Serving Institutions that allow students and alumni to learn more about Study, Research, and English Teaching Assistant awards available.” Lopez said. According to the Fulbright program, “Only the very best students and graduates at American universities — and universities in other countries in the case of Fulbright — can be honored with these prestigious awards.

“Despite the extraordinary challenges, nationwide recruitment efforts contributed to a record number of students and young professionals seeking opportunities to go abroad through the Fulbright U.S. Student Program in the 2021-2022 academic year,” she continued. “We are excited that two of the five CSUN applicants were selected as finalists to receive the U.S. Student Fulbright awards in India and Armenia for the 2021-2022 cycle, and two have been recommended for the 2022-2023 academic year to pursue the program in Spain and Taiwan. It is indeed a unique and prestigious opportunity for our CSUN applicants, and we hope they will be able to pursue their valued research and Teaching Awards.”

Fulbright HSI Leader status was conferred on the 35 institutions, including CSUN, because they have demonstrated noteworthy engagement with Fulbright exchange participants during the 2019-2021 academic years, and have promoted Fulbright Program opportunities on campus.

The HSI Leader initiative is part of the State Department’s commitment to increase diversity and inclusion within the Fulbright Program, and within all the Bureau of Educational and Cultural Affairs’ international exchange programs.

In July, Secretary of State Antony Blinken and Secretary of Education Miguel Cardona released a “Joint Statement of Principles in Support of International Education,” which outlines the many benefits of international education and the need for “all Americans … to be equipped with global and cultural competencies.” The Fulbright HSI Leader initiative supports the goals of the joint statement, including the principle that U.S. participants in international exchanges should reflect the diversity of the United States.

“Thank you for creating a campus culture that celebrates the mission of Fulbright and international exchanges,” he said. “Thank you for epitomizing the principle that mutual understanding between peoples of the United States and other countries will lead to a more just and peaceful society at home.”

He also praised the faculty, staff and administrators on campus who recruit, advise and support future Fulbrighters throughout the application process, stating, “Your work epitomizes the values of why we all come to our jobs each and every day … to ensure our students have every opportunity to excel beyond goals they may not have believed were ever attainable. “

2021 marks the 75th anniversary of the Fulbright Program. Celebrations throughout the year are highlighting the impressive accomplishments and legacy of the program and its alumni over its first 75 years, both in the United States and around the world.

Fulbright is active in more than 160 countries worldwide and partners with participating governments, host institutions, corporations and foundations in foreign countries and in the United States. Many of these organizations also provide direct and indirect support. ECA sponsors the Fulbright Program, and several nonprofit, cooperative partners implement and support the program on the Bureau’s behalf.

For further information about the Fulbright Program or the U.S. Department of State, please visit http://eca.state.gov/fulbright.