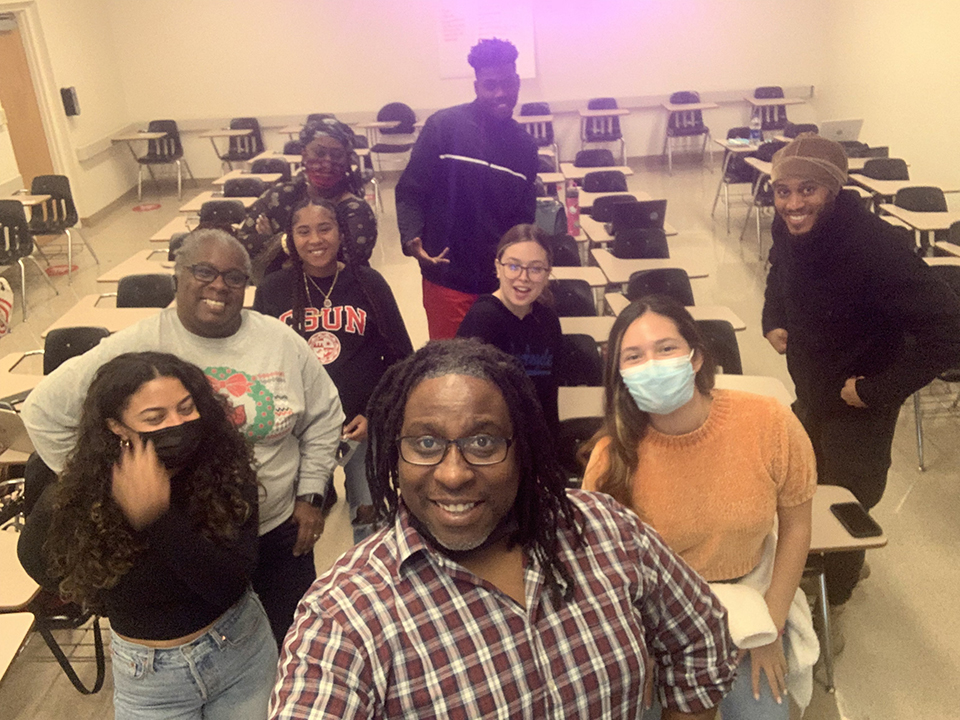 CSUN and LAUSD are partnering to build a community of educators and college students, called the Black Student Achievement Alliance, that will lend support and encourage Black middle schoolers to believe they can go to college and succeed. Photo courtesy of Cedric Hackett.

It takes a village to raise a child, as the saying goes. But officials at California State University, Northridge and the Los Angeles Unified School District are hoping to do more than that.

They are partnering to build a community of educators and college students, called the Black Student Achievement Alliance, that will lend support and encourage Black middle schoolers to believe they can go to college and succeed. The alliance will make its debut this month at Alfred B. Nobel Charter Middle School in Northridge, which has one of the largest Black student populations in the San Fernando Valley.

“We are building a community of mentors and elders who can offer support and serve as role models, educators and advocates for the next generation of young Black men and women,” said Cedric Hackett, an associate professor of Africana studies and director of CSUN’s DuBois-Hamer Institute for Academic Achievement.

“We are trying to build a culture of success, with a pipeline approach,” Hackett continued. “So many of our students come from Nobel and other schools in our community. We hope to get these young people to start thinking as early as middle school that college is a very real possibility. And for that to truly become a reality, then we also have to give them the skills they will need to succeed and turn their college dreams into a reality.”

Mary Melvin, administrator of LAUSD’s Canoga Park/Chatsworth Community of Schools in Local District Northwest, said district officials had been looking for ways to improve the high school-completion and college-attendance rates for its Black students. Connecting to CSUN to help address the issue “seemed natural,” she said.

“It’s a wonderful institution right in our backyard that our students don’t really know about,” Melvin said. “They know there’s a college there, but many of them don’t realize it could be their college.”

Aware of a number of cooperative educational projects CSUN has with local LAUSD schools, Melvin reached out to university faculty to see if they could develop one that focused on creating a college-going culture for the district’s Black students, while at the same time empowering the students to serve as their own best advocates.

“Nobel has about 2,600 students, of which about 100 are Black students,” she said. “Bringing them together and providing them with role models that look like them and have been where they are now — particularly college students who aren’t that much older than them and are easy to relate to — can show them the strength that comes from unity, and the potential of what they can achieve with a high school diploma and a college degree.”

Over the next several weeks, the alliance will host a series of Friday enrichment workshops, led by CSUN faculty, staff, and community leaders, that are designed to build self-esteem, self-advocacy and public speaking skills among Nobel’s Black sixth, seventh and eighth graders. The workshops also will focus on healthy habits, including mental health and well-being, as well as building a sense of community and cultivating a college-going culture. As the program progresses, the alliance’s leaders hope to expand it to local high schools.

Among the CSUN programs taking part in the alliance are the DuBois-Hamer Institute, Black House, Minority Male Mentoring program, College of Social and Behavioral Sciences, and Student Outreach and Recruitment.

“As an educator, I draw inspiration from the quote ‘people don’t care what you know, they want to know that you care,’ which was eloquently stated by Maya Angelou,” said Dominique Moye, director of CSUN’s Black House. “In that same regard, it takes a village to raise a child, however that child needs to know that the village cares. Being a part of the vision of the Black Student Achievement Alliance will foster that care for the students.”