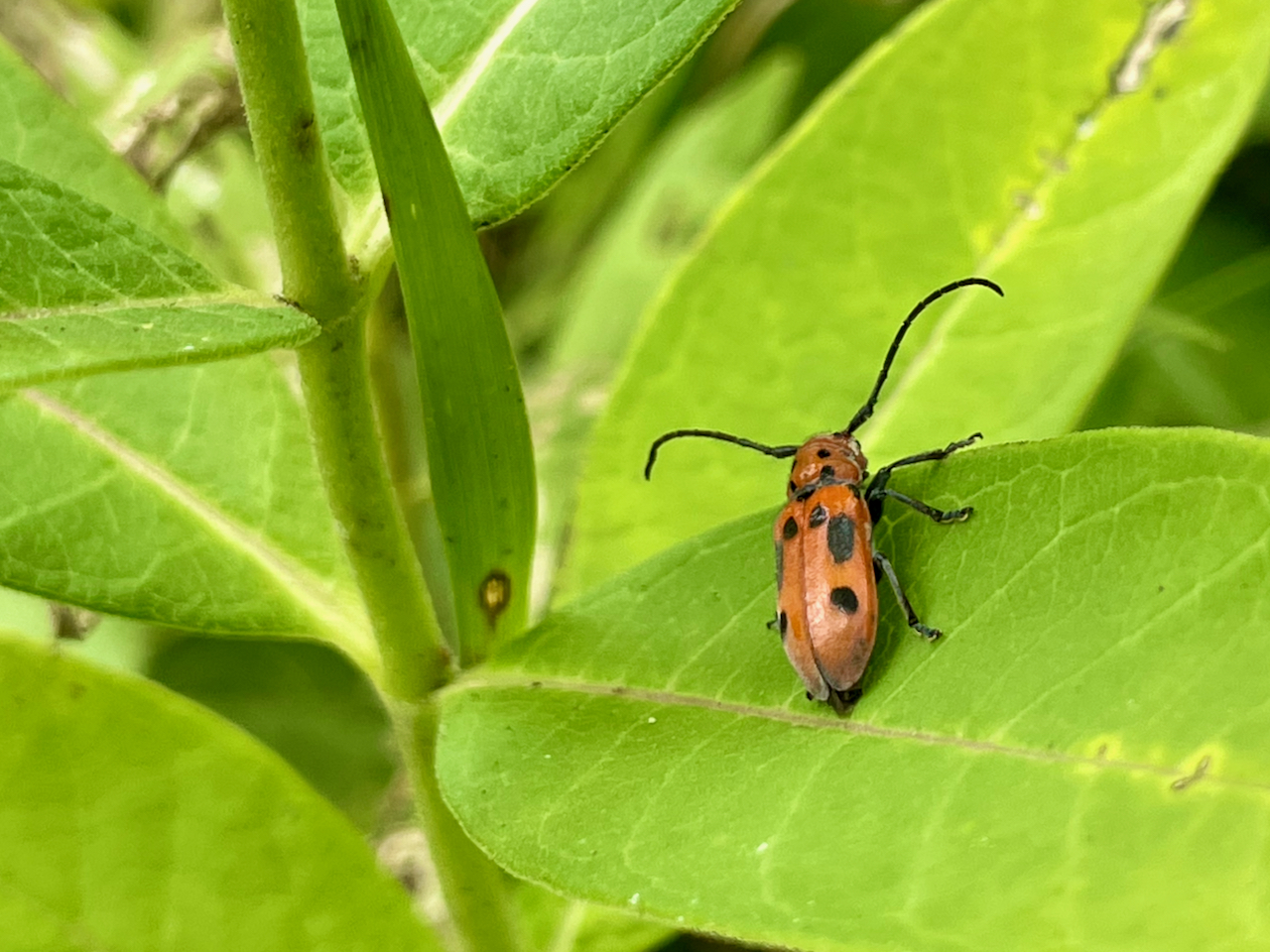 A red milkweed beetle on its host plant. CSUN evolutionary biologist Jeremy Yoder and a team of researchers have demonstrated that intimate interactions between insects and their host plants encourage the formation of new species. Photo courtesy of Jeremy Yoder.

A wide variety of living things — from beetles and butterflies to microbes — spend much of their lives in close association with plants that provide them food and shelter. Such intimate interactions actually encourage the formation of new species, according to a new study by California State University, Northridge evolutionary biologist Jeremy Yoder and a team of researchers.

“Things that make a living in and around a host plant their whole lives — things like beetles, butterflies and moths — are some of the most diverse groups of organisms on the planet,” said Yoder, who teaches in the College of Science and Mathematics. “Comparable groups that don’t have similar relationships with living hosts aren’t as diverse. That leads to the question, how do these interactions between species — such as insects and their host plants — promote the evolution of new species?

“One way to examine the process of plant-associate diversification up close is to look at the genetic variation of populations within a single species of associate species and its host plant,” he said.

“This demonstrates that the evolution of associate species in response to their host plants can contribute to the earliest stages of species formation, and that different types of plant-associate interaction may have different effects on long-term, global patterns of evolution and biodiversity,” Yoder said.

The researchers’ findings, “Plant-associate interactions and diversification across trophic levels,” were published last month in Evolution Letters, a journal of the Society for the Study of Evolution and the European Society for Evolutionary Biology.

“For decades, biologists have thought that natural selection created by intimate association with plants is responsible for the evolution of some highly diverse groups like beetles and butterflies,” Yoder explained. “Our new study helps us to show exactly when and how plant-associate interactions promote the formation of new species.”

Yoder noted that evolutionary change does not happen rapidly.

“It is something that plays out over very long periods of time,” he said. “But using data describing genetic differences between populations that haven’t split off to form new species yet, we can see evidence of genetic changes among associates that could be traced to their relationship with their plant hosts.”