Two CSUN alumni have been recognized with the highest journalism honor in the country for their powerful images taken in the wake of George Floyd’s murder in 2020. 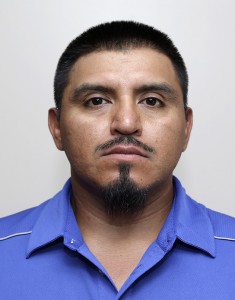 Julio Cortez ’06 (Journalism) and Ringo Chiu ’01 (Special Major) were among the 10 Associated Press (AP) photographers honored with a 2021 Pulitzer Prize in the Breaking News category.

Cortez, an Associated Press staff photographer, captured an emotionally charged image — one of the most widely seen photos of 2020. In the May 28, 2020, image, a protester is silhouetted through an upside-down American flag — signifying distress — while a fire rages from a Minneapolis business in the background.

“I am so honored to be among the 10 photographers who won this award, as well as being part of the Associated Press sweeping the two photo categories for the first time since 1999,” Cortez said. AP also won a Pulitzer Prize for Feature Photography.

“I am so honored to share this not only with people from different races and backgrounds, but also to share it with Ringo, another CSUN graduate,” said Cortez, who was born in Mexico. “I’m constantly promoting CSUN, and I hope that this helps more people know about our humble photography program at Northridge.” 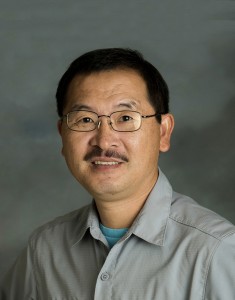 Chiu, a freelance photographer for AP, produced a compelling photograph of a protester in Los Angeles standing in front of a burning vehicle with her fist raised, during a demonstration on May 30 — five days after Floyd’s murder in Minneapolis.

“From the moment she raised up her hand, I just saw the power, and then the background people, the protesters, the power they showed,” Chiu recalled thinking as he took the photograph.

Chiu also was nominated for a Pulitzer Prize in 2019 for a photograph he shot during the Woolsey Fire, which devastated Southern California in November 2018. In 2017, he was selected as one of eight SoCal Journalists of the Year by the Los Angeles Press Club.

“I put a lot of effort [into my craft],” he said. “The Pulitzer Prize was my goal, and I never gave up.”

An immigrant from Hong Kong, Chiu said his education at CSUN and the support he received, particularly from professor Kent Kirkton, opened the doors for his photojournalism career in the United States.

“Without the professors and CSUN to help me, maybe my career in the U.S. [may not have happened],” Chiu said. “They never gave up on me.”

This is the second time in three years CSUN alumni have been awarded a Pulitzer Prize.

Los Angeles Times reporter and alumnus Paul Pringle ’78 (Political Science and Journalism) was part of the team awarded a Pulitzer in the Investigative Journalism category in 2019, for their series of articles that uncovered a scandal at the University of Southern California health clinic.