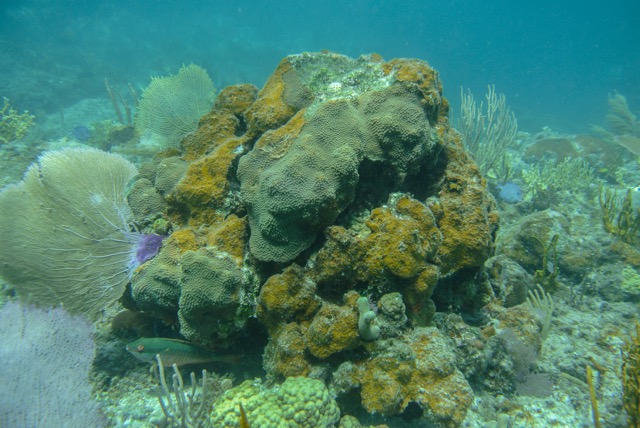 Hurricanes, pollution, disease, bleaching and effects of an increasingly warmer planet are all negatively impacting the health of coral reefs around the world. However, the reefs in the Caribbean are facing a new threat — an aggressive, crust-like algae that is rapidly overgrowing shallow reefs.

California State University, Northridge marine biologist Peter Edmunds and a team of researchers said the algae, known as peyssonnelid algal crusts (PAC), are taking over the reefs at such an aggressive rate that they are interfering with the ability of coral larva, or babies, to find places to settle on the reefs, and interfering with the reef’s natural ecosystem. 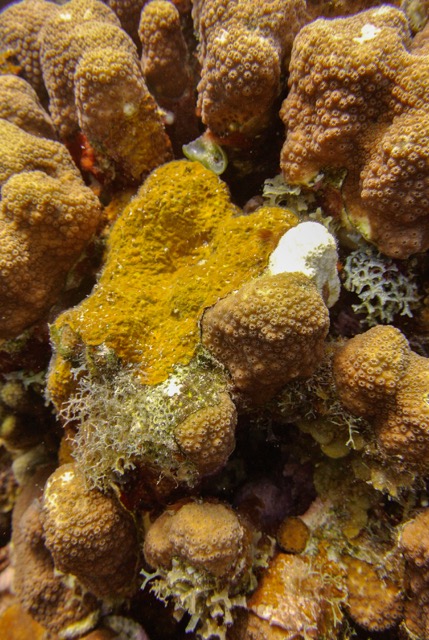 An article about their research on PAC, “An unusual microbiome characterizes a spatially-aggressive crustose alga rapidly overgrowing shallow Caribbean reefs,” appears in the most recent edition of the journal Scientific Reports. Edmunds’ co-authors are Bryan Wilson, a researcher at University of Oxford in the United Kingdom, and Chen-Ming Fan, a faculty member in the Department of Embryology at the Carnegie Institution for Science in Washington D.C.

Edmunds said he first spotted the alga about five years ago while was studying the impact of two back-to-back Category 5 hurricanes — Irma and Maria —on the coral reefs near the Caribbean island of St. John in the U.S. Virgin Islands.

At first, he didn’t pay much attention to the alga. But as time passed, Edmunds said, he was stunned by how quickly it began to dominate the reef.

“The space that it had gobbled up before the hurricane was partially cleaned by the storms – washed away with sandblasting,” he said. “And then, boom! It was going like gangbusters again within a year of the storms. I realized that I can’t just sit back on the sidelines and watch this happen. I knew I was going to wake up one day and see the reef 100 percent covered by the algae, and I’d ask myself why didn’t I do something sooner?”

Edmunds noted that algae have always been a component of coral reefs, often serving as food to sea urchins. But something changed, he said, and a new type of algae (PAC) now seems to be heading towards domination of Caribbean reefs. 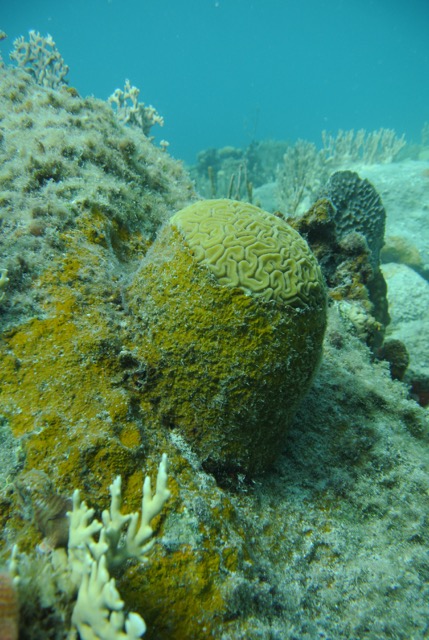 PAC over growing a brain coral. Photo by Peter Edmunds.

He, Wilson and Fan have been able to document how PAC are aggressively taking over large areas of space on some of the shallow reefs of St. John. PAC is taking over so much space that it is discouraging baby coral and other sea life, including sea urchins, from making the reef home, which, in turn, jeopardizes the persistence of the reef community itself.

“Once the alga is there, it’s very hard to get rid of,” Edmunds said. “It’s like cutting down the proverbial forest and paving it over with asphalt. Once you’ve paved it over, it’s very difficult to get back to the forest. In this instance, PAC has taken up real estate on the reefs and is not letting anybody else move into the neighborhood.”

Edmunds noted that PAC, with its dark brown and dirty orange veneer, stands out among the white sands and light greens, pinks, yellows and other colors that make up the reef.

Edmunds said he and his researchers are not sure if PAC is made up of one algal species or several, nor do they know what is causing the algae to be so aggressive.

“What we do know is that this is an alarming trend, and one that we need to know more about,” he said. “The coral and their ecosystem are so fragile as it is. They are under assault by environmental pollution and global warming. We have made their lives so fragile, yet they are sticking in there. And now this gets thrown into the mix. We don’t know if this is the straw that ‘breaks the camel’s back,’ but we need to find out.”

The next step, Edmunds said, “is to beat the bushes” to raise the funds to study what PAC is and its long-term impact on the coral reefs.