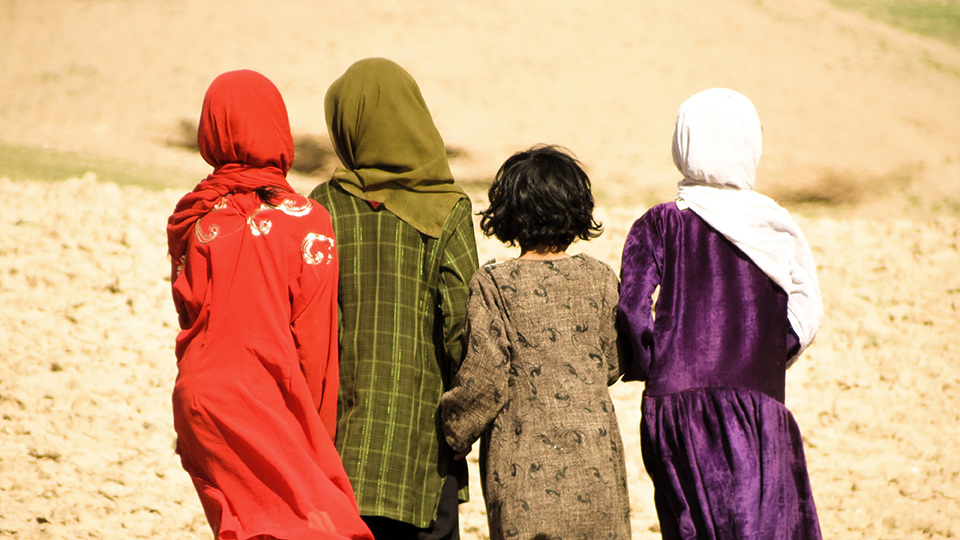 CSUN professor Nayereh Tohidi has not given up hope, despite her fears for the safety and future of women and other vulnerable populations within Afghanistan as the Taliban assert their control over the country since the withdrawal of U.S. troops at the end of August. Photo by Kostas7, iStock.

Nayereh Tohidi has not yet given up hope completely, despite her fears for the safety and future of women and other vulnerable populations within Afghanistan as the Taliban continue to assert their control over the country following the United States’ withdrawal of its troops on Aug. 30.

Tohidi, former chair of California State University, Northridge’s Department of Gender and Women’s Studies and founding director of CSUN’s Middle Eastern and Islamic Studies Program, said that in the weeks since the Taliban poured into Afghanistan’s capital, Kabul, sex segregation has begun, girls were  denied access to education, though later thanks to Afghan women’s protests and international pressures, they were allowed to go to school but only up to six grade; women have been denied their right to work or study at a university, again later some private colleges have been allowed to allow female students in sex segregated classrooms; many journalists and academics have been arrested, beaten and some even killed; a few media outlets are still allowed to function under the watch of armed militia; music is banned; and non-governmental organizations are struggling to find ways to serve vulnerable populations without drawing too much attention from the new government.

“It’s terrifying, for women especially, but for everybody,” said Tohidi, an internationally recognized scholar on gender and Islam who has served as a consultant to the United Nations on the status of women in Eurasia and the Middle East. “The situation is particularly precarious for women and girls. So much of the progress they have made in the last 20 years is being eroded. The Constitution and laws that protected women’s rights to participate in civil society — from getting an education, going to university and getting jobs, taking part in sports, fine arts, musical performance, and in electoral politics — and that protected them from abuse, even death, at the hands of their families — even if they were not enforced throughout the country — are being ignored and replaced by Sharia law.

“But that progress brought changes to the Afghanistan society, changes that can’t be entirely undone,” she continued. “There is resistance. Though the Taliban are suppressing it violently, the resistance is there, even in some rural areas and among ethnic groups.

“If the international community continues to push the Taliban on civil society issues, not recognize it as the rightful leader of the country or give the country money beyond humanitarian needs, it has power to influence the process of shaping the new government,” Tohidi said. “That, combined with continued resistance within the country, gives me some hope that all is not lost.”

Tohidi pointed to the progress made in Afghanistan since 2001, when the United States and its allies toppled the Taliban-ruled Islamic Emirate. Citing data collected by UNESCO (the United Nations Educational, Scientific and Cultural Organization), she noted the total number of students enrolled in school in the country increased from about 1 million in 2001 to 10 million; the number of teachers increased by 58 percent, and the female literacy rate almost doubled from 17 percent to 30 percent.

During that same period, Tohidi continued, 98 percent of Afghanistan’s rural population gained access to electricity, up from about 28 percent in 2001. At the start of the war, telecommunications in the country were “virtually nonexistent,” she said. By 2016, it had grown into a $2 billion industry, with 22 million mobile phone subscribers and 5 million internet users.

“All of those are significant gains that Afghanistan and its people cannot afford to lose,” Tohidi said. “But the widespread corruption, cronyism, tribalism, and “warlordism” — perpetuated by the US and its allies as well as local Afghans and regional interventions —trumped the hard-won civil achievements,” she stated.

Since the Taliban retook the country in August, she said, hundreds of thousands of Afghanistan’s civic, academic, and business leaders have fled, and are still attempting to flee, the country, fearing retaliation from the Taliban for their “embrace of Western ideas” or their work with or support from the U. S. and its allies during the war.

“The Afghan middle class is fleeing by the thousands, afraid that the life they once knew will disappear and that their lives are in danger,” she said.

Tohidi is part of an international group of women activists who are trying to find ways to support the women who remain in the country and are desperate to not lose the gains they have made over the past 20 years. She also is part of a loose network of scholars from around the world who are looking for universities willing to host Afghan university professors who fled their country, fearing for their lives and the lives of their family members.

“Some are scholars in the humanities and social sciences, and others are engineers and professors of the hard sciences,” Tohidi said. “They still have tremendous knowledge that they can pass on to students, if only given the opportunity.”