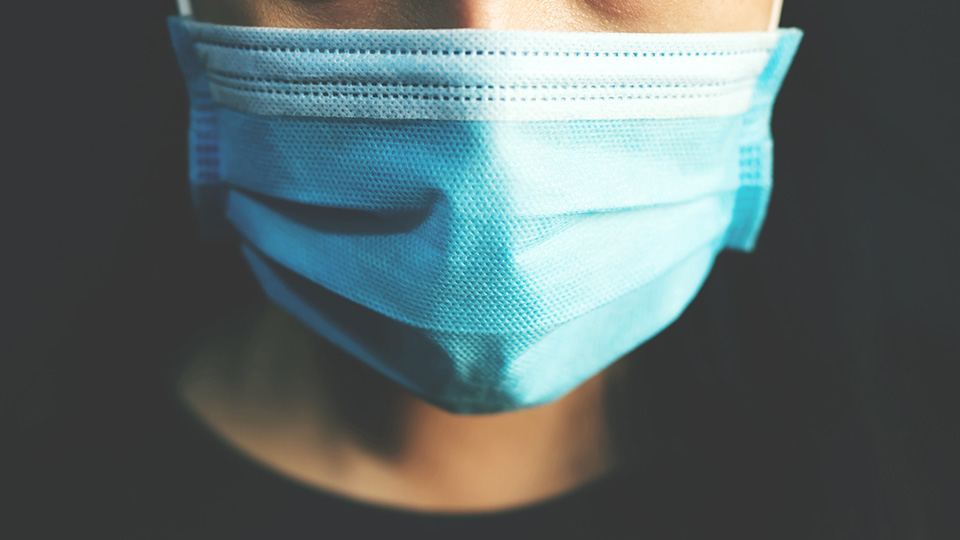 Political ideology, in particular support of President Donald Trump, is shaping individual responses to calls for social distancing and wearing masks in an effort to curtail the spread of COVID-19, and could impact the nation’s recovery from the pandemic, according to a new study by California State University, Northridge psychology professor Abe Rutchick.

The study, “Political Ideology Predicts Perceptions of the Threat to COVID-19 (and Susceptibility to Fake News About it),” was published today in the journal Social Psychology and Personality Science.

“The study underscores just how deeply polarized we are as a country at the moment, and how much our decisions — including decisions that could impact our health and the health of family members, friends and neighbors — are based on what our ‘trusted’ sources are telling us, and the extraordinary power Trump and a partisan media have to influence those views,” Rutchick said. “I was sort of surprised that it didn’t attenuate over the course of a few weeks. People are too entrenched.

“We have become astonishingly tribal, and it’s not just on the right,” Rutchick continued. “There is a strong tribalization instinct on both sides of the aisle. But the political polarization has gotten to the point that it is jeopardizing lives and the health of the American public. In uncertain times — when the economy is bad, when unemployment is high, when there’s social turmoil, when there’s environmental turmoil, when there’s personal turmoil, when there’s conflict — we tend to gravitate toward things that provide stability, structure and clarity. It’s nice to know how you’re supposed to think. Everything is very complicated at the moment, and Trump is telling some people what they want to hear.”

The paper’s authors, in addition to Rutchick, include Cal State San Marcos psychology professor Dustin Calvillo; Ryan Ross, who graduated from CSUN in May with a master’s degree in clinical psychology; Ryan Garcia, an assistant professor of political science at the Naval Postgraduate School; and Thomas Smelter, a graduate student in psychological science at Cal State San Marcos.

Rutchick and his colleagues launched their study in early March, inspired by a White House briefing about the outbreak of a new coronavirus in the United States. They examined data collected in March from nearly 1,000 individuals to understand how political ideology and partisanship impacted individual responses to the safety measures public health officials were asking Americans to take to slow the spread of COVID-19.

“Studies have shown that ideological conservatives are generally more sensitive to threats than liberals, viewing the world as a more dangerous place,” Rutchick said. “However, Republican leadership initially downplayed the threat of COVID-19, and some even attributed its prominence in the media to political motivation. The resulting framing of the COVID-19 threat by Republican leadership, and in particular President Trump, was the opposite of what is typically associated with ideological conservatism.”

Trump, members of his administration, Republican leadership and several high-profile conservative media representatives questioned the severity of the threat posed by COVID-19 to the American public and what was an appropriate response — from the virus’ ability to spread, to the precautions urged by public health officials, including social distancing, wearing masks, the closure of businesses and admonitions to stay home.

“Once the threat became politicized, the polarization induced by the current political environment shaped the way COVID-19 is perceived,” Rutchick said.

He and his colleagues found that those conservatives who are staunch supporters of President Trump were less knowledgeable about the virus, less able to discern real from fake news and, in turn, saw COVID-19 as less of a threat.

Rutchick noted that conservative Trump supporters were more likely to consume media that mirrored the president’s views — which in this case raised doubts about the severity of the pandemic and the right ways to mitigate its spread — and had a harder time telling the difference between real and fake news about COVID-19’s threat to their health, as well as the health of the community.

Rutchick said the study suggests that partisan leaders and the media who echo their views “have the power to change the way people think and act.”

“Maybe it’s time we changed the message when it comes to COVID-19,” he said. “Instead of saying you should wear a mask and social distance to protect the community at large, maybe we should be saying you need to do this to protect you and your loved ones.”