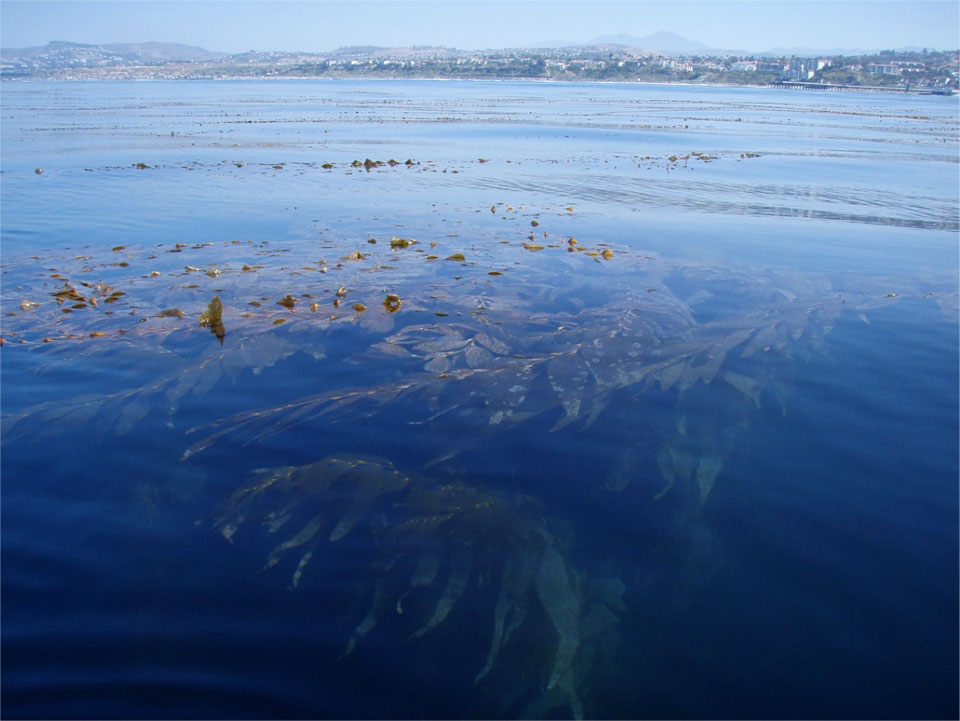 When the San Onofre Nuclear Generating Station opened on the shores south of San Clemente more than four decades ago, it was with the promise of a clean, new energy source that would benefit the state. But the cost to Southern California’s marine ecosystems has been high — from significant damage to a giant kelp forest and the sea life it supported to the deaths of tons of fish, larvae and eggs. California State University, Northridge biology professor Mark Steele has spent the past five years evaluating the results of the facility’s owner, Southern California Edison, to mitigate the damage, including the construction of one of the world’s largest artificial reefs — 175 acres in size — off the coast of southern Orange County in hopes of restoring lost kelp bed resources, including the fisheries in the area.

“In my opinion, the reef is doing well, but it hasn’t completely succeeded,” said Steele, who has received a $476,760 contract from the California Coastal Commission to evaluate the reproductive, output, growth and feeding success of coastal marine fisheries on the Wheeler North Artificial Reef.

“The power plant has been shut down, but its impact, accumulated over nearly 30 years when the plant’s second the third units went online, remains whether the plant is operating or not,” he said. “It will be interesting to see, given the plant’s closure, whether there will be the political will to keep pressure on Southern California Edison to continue with its mitigation efforts, which are expensive.

“It’s a unique position for someone like me to be in,” he added. “I was trained in basic research. What I am researching has intrinsic value to the citizens of the state of California. There are political aspects to it that one doesn’t see with normal academic science. We are talking about is damage done by a private entity to resources that belong to all Californians.”

Until a small radiation leak shut down the power station in early 2012, its ocean pipes drew in about 2.4 billion gallons of water a day to cool twin nuclear reactors. In the process, the pipes sucked in and killed tons of fish, larvae and eggs. Other casualties included sea lions and harbor seals.

Water leaving the plant stirred up a turbid plume of murky sediment that blocked sunlight from an adjacent kelp forest, destroying much of the forest and the habitat it created for a rich assortment of sea life. A diver enters the ocean to begin gathering data on the fish in the ocean off the coast of San Onofre. Photo courtesy of Mark Steele.

The California Coastal Commission negotiated a mitigation settlement with Southern California Edison that included the construction of the artificial reef, in hopes of creating a kelp bed of a size equal to that lost by the operation of the power plant and that would support about 28 tons of fish, which used to live on the San Onofre kelp bed.

Steele and a team of five to six CSUN graduate students and postdoctoral scholar have spent their summers for the past five years visiting the artificial reef’s kelp forest and nearby natural reefs to monitor efforts to restore healthy reef fish populations to the area. They spend their days scuba diving into its depths to collect fish. They bring those fish back to a campus laboratory to dissect and study their reproductive systems and otoliths, or ear stones, to measure their reproductive rates, growth rates and other data.

The information they gather is an important indicator of how well Southern California Edison’s mitigation efforts are going.

“There are 15 performance standards that have to be met,” Steele said. “While the kelp bed seems to be doing well, one of the sticking points is that 28 tons of fish.”

So far, he said, the number of fish on the artificial reef amounts to about half the target number, or about 14 tons of fish.

“There’s starting to be a discussion between the California Coastal Commission and Edison about whether Edison should be doing something more, such as making the reef larger or changing its design,” he said. “It will be interesting to see how it all plays out. The power company is in the business of making money, and they don’t want to spend money if they don’t have to. But at the same time, they have been very supportive of this project.”

While the politics play out, Steele is committed to ensuring that he and his students will continue their efforts to monitor the health of the coastal ecosystem off the shores of the San Onofre plant.