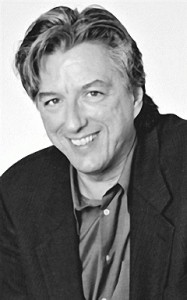 Daniels, who is in his second year as KCSN’s program director, was nominated by radio peers and record label executives for his outstanding work in radio programming.

“It is gratifying to gain the respect of the industry as KCSN continues its growth as an artist development engine in the Los Angeles market,” Daniels said. “The staff of KCSN is dedicated to supporting music and the arts. This nomination reflects the hard work of the staff at KCSN and the support provided by our growing legion of members.”

Daniels has a career that spans programming stints at legendary stations such as KFOG/San Francisco, KISW/Seattle and WLUP/Chicago. He also was a senior executive at Universal Music and Sony Music, and has been an entertainment marketing executive at Best Buy Corp. and general manager of the trade publication Radio & Records.

KCSN offers a 24-hour, unique blend of rock, alternative, soul, blues and Americana, including a wide range of artists such as Adele, Bruce Springsteen, Mumford & Sons, Tom Petty and Bon Iver, as well as extensive support for local Los Angeles artists. The station’s programming is also available on KCSN’s HD1 channel and online at KCSN.org. KCSN is a licensee of California State University, Northridge.

California State University, Northridge has more than 34,000 full- and part-time students and offers 63 bachelor’s and 53 master’s degrees as well as 28 teaching credential programs. Founded in 1958, CSUN is among the largest single-campus universities in the nation and the only four-year public university in the San Fernando Valley. The university is home to dozens of nationally recognized programs where students gain valuable hands-on experience working alongside faculty and industry professionals, whether in the sciences, health care and engineering or education, political science, the arts and the social sciences. While regionally focused, the university’s faculty and administrators recognize the important role its students and alumni play in shaping the future of the state and the nation.