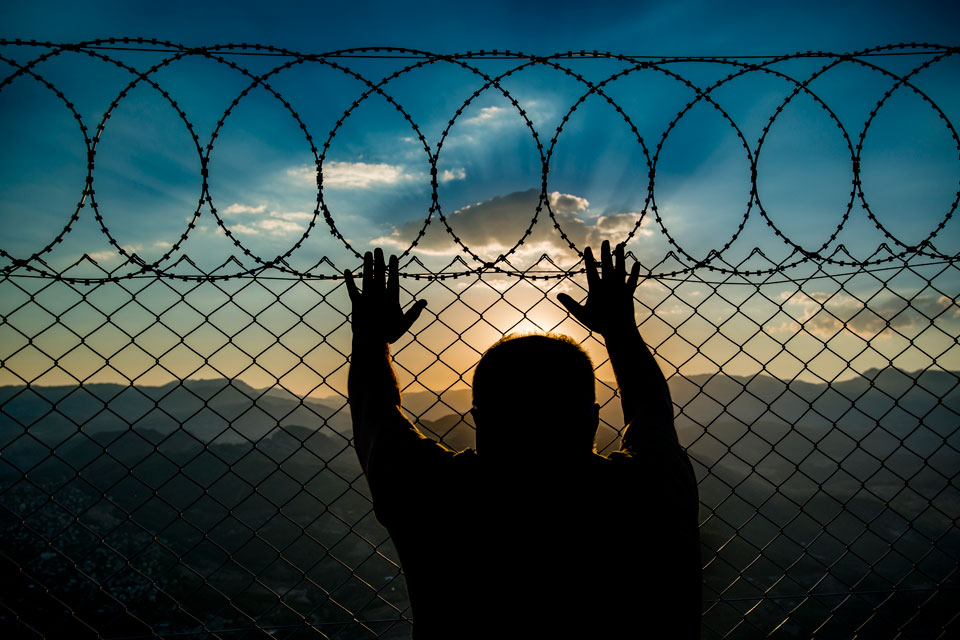 A new study by CSUN political science professor links punitive immigration legislation to those members of Congress who have private prisons in their districts. Photo by ©iStockphoto.com/sezer66

If you are a member of the U.S. House of Representatives with a private prison in your district, you are also more likely than your peers to co-sponsor punitive immigration legislation, according to a groundbreaking study by California State University, Northridge political science professor Jason Morin.

Private prison stock soared following President Donald Trump’s election in 2016.            Given Trump’s harsh immigration rhetoric throughout his campaign, many investors saw his words as a signal that the U.S. detainee pool would substantially increase during his administration, and the need for facilities to house those detained would grow. Given the private prison industry’s growing role in the detention of undocumented immigrants, Morin and his colleagues at the University of California, Riverside — political science professor Loren Collingwood and political science doctoral student Stephen Omar El-Khatib — decided to explore whether the industry’s influence on immigration policy was growing as well. The results of their research were published this month in the journal Race and Social Problems in the article “Expanding Carceral Markets: Detention Facilities, ICE Contracts, and the Financial Interests of Punitive Immigration Policy.”

After decades of “tough on crime” sentencing that forced governmental bodies to contract with private prison operators to ease the overflow of incarcerated individuals, those same companies are now facing a drop in crime rates and changes to criminal justice policy, particularly at the state level. According to the study, the private prison industry in the United States is controlled by “an oligarchy” of corporations, including CivicCore (CCA), The GEO Group, Management & Training Corporation, Emerald Correctional Management and LaSalle Corrections. They generate billions in revenue each year.

The researchers noted that “with a population of 11 to 12 million undocumented immigrants residing in the United States, immigrant detention is a natural growth area for companies interested in profiting off of human capture and containment.”

Using data collected from several sources — including VoteView and The Congressional Bills Project, as well as through Freedom of Information Act requests — Morin and his colleagues assessed support for proposed punitive immigration legislation among members of the 113thand 114thCongresses, which spanned from 2013-15 and 2015-17, respectively. They focused specifically on bills that, if implemented as law, had a high probability of increasing immigration enforcement and detention of undocumented people.

Morin and his colleagues then mapped the 206 detention centers that contracted with U.S. Immigration and Customs Enforcement (ICE) prior to the start of the 113thCongress in 2013. By pinpointing the districts represented by the congressional co-sponsors of each of the bills, the researchers found clear support for what they termed the “carceral representation hypothesis,” across party lines.

Morin noted that despite evidence to the contrary, prison development is often considered an economic boon by politicians and rural communities, who are looking for replacements for more traditional industries, such as manufacturing or agriculture, that have moved out of their areas.

“By facilitating a perception of economic dependence within legislative districts, private prison companies systematically influence other types of legislation to increase the supply of detainees,” the researchers wrote in their report.

“What we are suggesting,” Morin said, “is that members of Congress are representing the financial interests of private prison companies, which poses a serious ethical problem since companies like The GEO Group and CoreCivic profit from the incarceration of immigrants.”