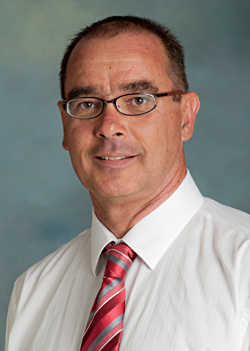 Neubauer brings more than 25 years in higher education to the position. A tenured professor in the departments of mathematics and liberal studies, he began teaching at Cal State Northridge in the spring of 1995. From 1996 to the present, Neubauer has served on the Faculty Senate, and he also has served on the Educational Polices Committee, the Personnel Planning and Review Committee and the Senate Executive Committee.

Neubauer served for three years as CSUN’s Faculty President and co-chaired the Graduation Rates Task Force, which during the last decade set the course for many of the changes in the university’s general education program. From 2002 to 2009, he served as the Director of Developmental Mathematics and from 2009 to the present, he served as the Director of Liberal Studies; from 2005 to 2012 he served as the co-chair of the WASC Steering Committee.  He has also served on the University Planning and Budget Group, the Blue Ribbon Commission on Intercollegiate Athletics, the Campus Master Plan Committee, and he currently chairs the Intercollegiate Athletics Advisory Council.

“I extend my congratulations to Michael Neubauer, who, I believe, will do an outstanding job,” said Hellenbrand. “I thank the Search and Screen Committee for their work: Elizabeth Adams (chair), Marshall Bloom, Michael Hoggan, Daisy Lemus, Shelley Ruelas-Bischoff, Jack Solomon and Martin Watkins.”