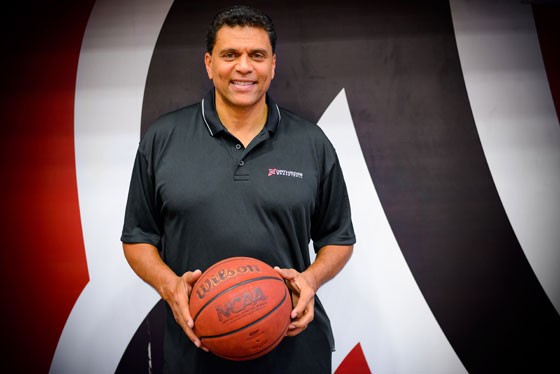 “We welcome Coach Theus to the CSUN family,” Martin told GoMatadors.com. “We are excited to have him as the leader of our flagship program. His pedigree as an NBA player and coach, as well as his ability to elevate a college program, made him stand out from a competitive pool of candidates. This is a game-changing hire for the CSUN basketball program. It speaks to our commitment to advancing our program to a national stage.”

Theus played 13 years in the NBA, most notably for the Sacramento Kings, where he was the runner-up for the 1979 Rookie of the Year award. This wouldn’t be the first college coaching stop for the two-time All-Star. Before taking the reigns in Sacramento coaching the Kings, Theus was the New Mexico State men’s basketball coach from 2005-07, where he inherited a 6-24 team and took them to an NCAA Tournament appearance two years later. Theus was also an assistant under Rick Pitino at Louisville before heading to his latest coaching duty with the NBDL’s Los Angeles D-Fenders.

“I want to thank [CSUN’s] President Harrison and Dr. Martin for providing me with this great opportunity,” said Theus. “I will succeed because I have great leadership from the top.”

On Friday, April 12, Coach Theus will formally have a press conference at Noon at the Matadome. The public is invited. Other university dignitaries will include Dr. Dianne Harrison (CSUN President) and Dr. Brandon E. Martin (CSUN Director of Intercollegiate Athletics).

A reception will follow with Coach Theus in the west lobby at the Matadome.